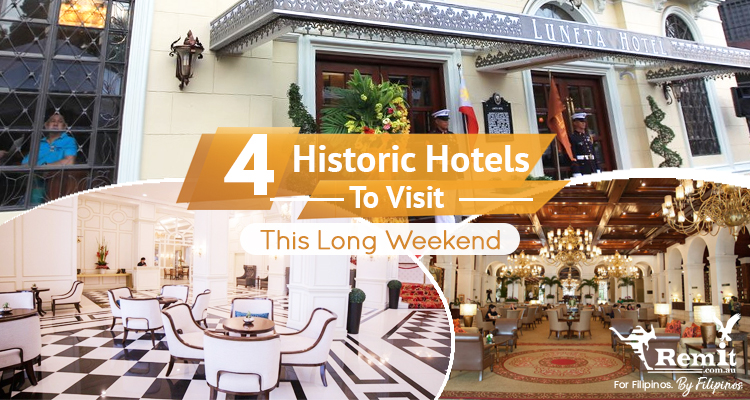 With 1 November approaching this Friday, we Filipinos are clearly in for another long weekend. Since regular work schedules resume on Monday, this gives us an extra day of some much-needed R&R before the holiday season begins.

Now, some of us generally head to the province to pay our respects to our dearly departed. Hence, it’s not too hard to fit in a bit of sight-seeing along the way.

However, if you’re just staying in Manila, unique attractions aren’t as easy to come by, especially if you’d like to see something other than the inside of a mall. On the other hand, the city itself does have a lot of history, and architectural gems abound if you know where to look.

And the best news is that you can even book a staycation in one of these historic sites: 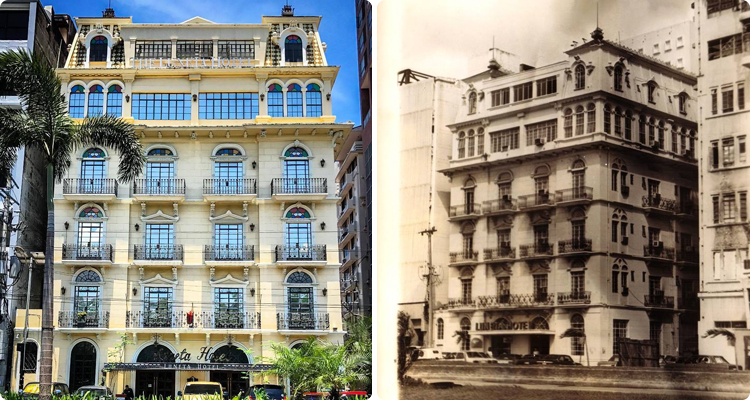 Although this hotel recently reopened in 2014, it’s been around since 1918. The Spanish architect Salvador Farre designed this hotel, drawing inspiration from those in Europe. Thus, the Luneta Hotel has abundant Beaux Art elements, from black and white checkerboard floors to ornate classical detailing.

Thanks to its proximity to the port, visiting dignitaries, merchants, and sailors alike frequented its halls. Its refined breakfast and luncheon spreads were especially popular among the foreign clients.

When World War II broke out, it served as a prison for non-commissioned US officers and later on, as a Red Cross center for refugees. Fortunately, the hotel didn’t sustain heavy damages after the Battle of Manila.

It did, however, pass into a Marcos crony’s hands during Martial Law. Once that regime crumbled, the hotel was abandoned but was eventually declared a National Historical Landmark in 1998. Beaumont Holdings acquired it nearly a decade later, and rehabilitated it into the beauty it is today. 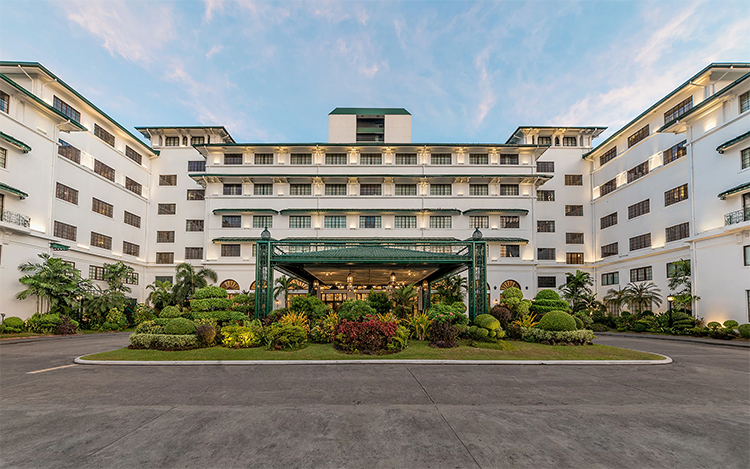 No iconic hotel list would be complete without the Manila Hotel. This place isn’t just a hotel, it’s practically an institution. Heck, General Douglas MacArthur stayed here throughout most of his tenure as the country’s Military Advisor. They even named one of the suites after him!

More interestingly, Gen. MacArthur isn’t the only notable American to enjoy the Manila Hotel’s hospitality. President John F. Kennedy, The Beatles, and Michael Jackson are just a few of the celebrities on its logbook.

The  Battle of Manila destroyed much of the original structure back in 1945, but fortunately for posterity, it was eventually reconstructed and expanded in the 70’s. 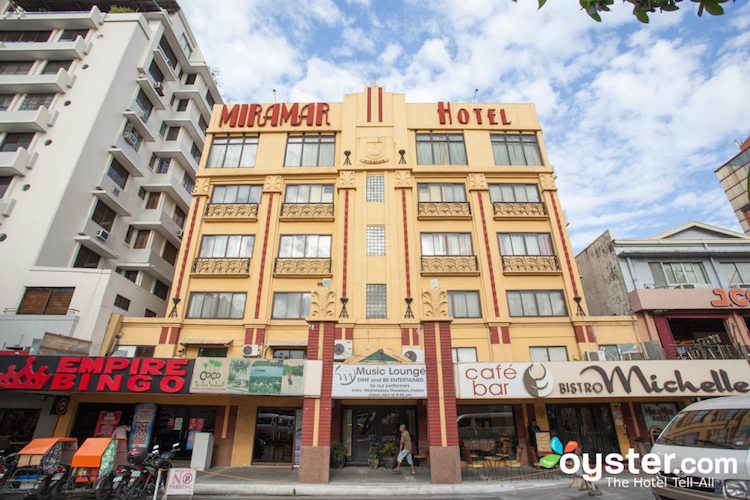 Are you a fan of all things vintage? If so, you’ve got to see the Miramar Hotel. Built in the 1930’s, its ziggurat shapes and exaggerated scrolls pay homage to the decade’s Art Deco style. It’s basically what “The Great Gatsby” set would look like if it was on Roxas Boulevard.

More poignantly, the five-story structure serves to commemorate Old Manila’s glitz and glamour, before all the wars and pollution took their toll. 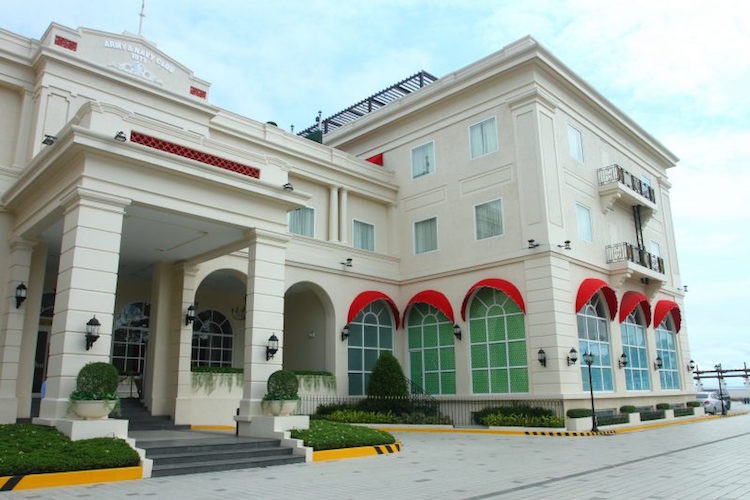 Perhaps the oldest hotel on this list, the formerly-named Army Navy Club was established in 1899. The original building moved several times, but the club was a refuge for many homesick American expats.

Apart from leasing 70 furnished rooms for Php2 a night in the 30’s, it also had a barbershop and a shoeshine stand. Patrons could also avail of free crackers, peanuts, and cheese spread from the bar.

As with many of Manila’s pre-war hotels, the Battle of Manila inflicted significant damage on the premises. The city government did take over afterwards and they declared the place a National Historical Landmark. However, they also abandoned the property not long after.

It wasn’t until 2014 that renovations for converting the building into a five-star hotel began. Three years later, it reopened as the Rizal Park Hotel, with much of its glorious decor restored.

So, there we have it. Even if you don’t book a room at one of the previously-mentioned hotels, simply basking in the storied ambience is quite an experience. The generals and heroes of old may no longer be with us, but these places allow us to literally follow in their footsteps, at least.

And should you encounter as a ghost or two during your stay, well, it is Allhallowtide.