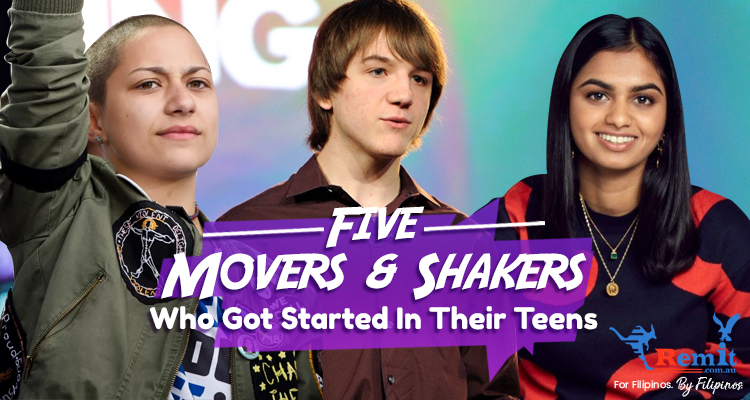 Five Movers and Shakers Who Got Started In Their Teens

Each generation likes to believe that it’s the best. One thing they all seem to agree on, however, is that teenagers are generally lazy and indifferent. Adolescents are stereotyped as gangly humans preoccupied with little more than getting through this awkward stage of life.

To be fair, it’s not wrong. My own teen years were a blur of existential angst, acne, and braces. It’s hard to be philanthropic when you’ve got your own misery to deal with, eh?

On the other hand, the world has changed a great deal since then. Fake news abound everywhere, as do despotic leaders. Global warming is an even bigger threat than it’s ever been. Indeed, today’s youths face what appears to be an increasingly grim future.

Yet, all is not lost, at least not for the following Gen Z’ers who are choosing to rise up against society’s ills despite their tender age: 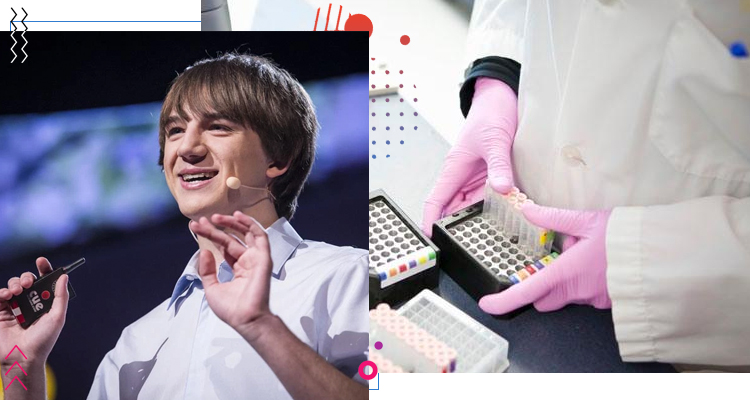 The then-15 year-old US high school student came up with a cheaper way to detect pancreatic cancer. It involved a strip of filter paper covered in a solution of carbon nanotubes and a special antibody. Furthermore, the kit only requires a sixth of a drop of blood.

Though Jack Andraka won USD75,000 at the 2012 Intel International Science and Engineering Fair for his creation, he did point out that it’s still undergoing feasibility studies. He also stressed that it’s more a “proof of concept” than a finished product.

Still, that’s not bad for a kid who came up with the idea after reading free research papers online. 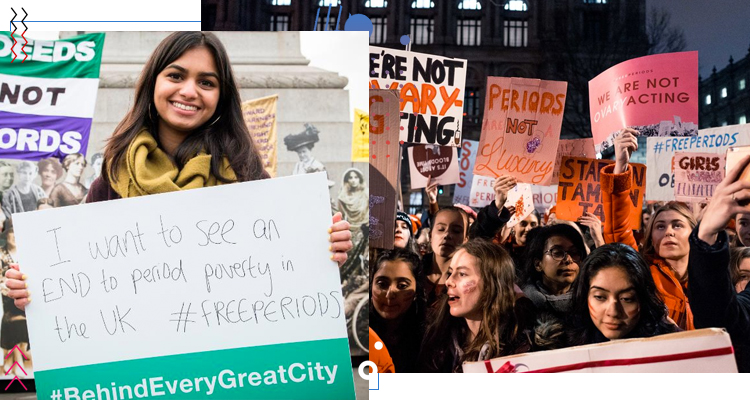 “Period poverty” is a term that pertains to how females in impoverished countries lack access to sanitary products. It’s quite common in Africa and even some parts of the Philippines, but first-world countries aren’t immune to it, apparently.

17 year-old Amika George found out for herself when a charity providing menstrual products to girls in Africa had to redirect them to Leeds. She then founded #FreePeriods, and organized a protest outside Downing Street. Over 2,000 people dressed in red showed up, and they all demanded that the government take action.

And it appears that her efforts bore fruit. About five months ago, the UK government announced that it would fund free sanitary products in all British schools and colleges.

The surviving students didn’t take the incident lightly, neither did they rely on the usual “thoughts and prayers.” Instead, they campaigned nationally to try to end gun violence. Emma González, then just 18, emerged as one of their leaders.

After co-founding the gun-control advocacy group Never Again MSD, she delivered a powerful speech at Washington DC’s March for Our Lives. González read out all her dead classmates’ names, and then stood silent for four minutes (the length of time the gunman went on rampage).

A month after the shooting, Florida lawmakers passed the Marjory Stoneman Douglas High School Public Safety Act. This raised the legal age for firearm purchase from 18 to 21 and required a three-day waiting period for most weapons. 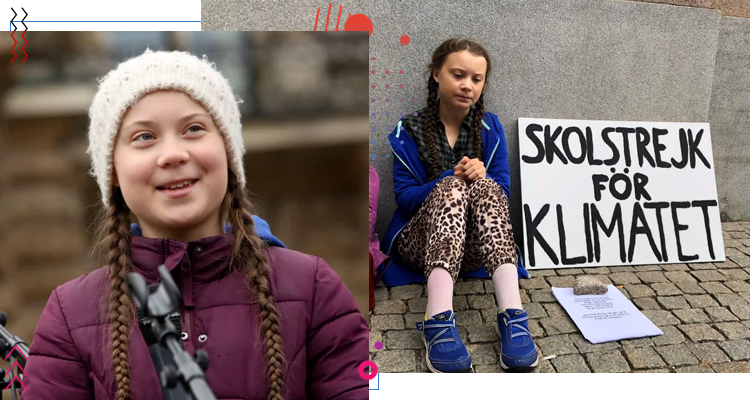 By now, you may have seen video clips of Greta Thunberg on your social media feed. The Swedish teen activist made waves last year after staging a solitary protest in front of the parliament in Stockholm. Her seemingly tiny act would lead to over one million students responding to the climate change protest by walking out of their classrooms.

Thunberg broke into the mainstream when she confronted the older generations at a UN climate change summit. “Since our leaders are behaving like children, we will have to take the responsibility they should have taken long ago. We have to understand what the older generation has dealt to us, what mess they have created that we have to clean up and live with. We have to make our voices heard.”

In addition to admonishing adults, Thunberg has been open about how her autism impacts her activism. She was last seen at London’s recent Extinction Rebellion protests, after which she gave another speech at the House of Commons. 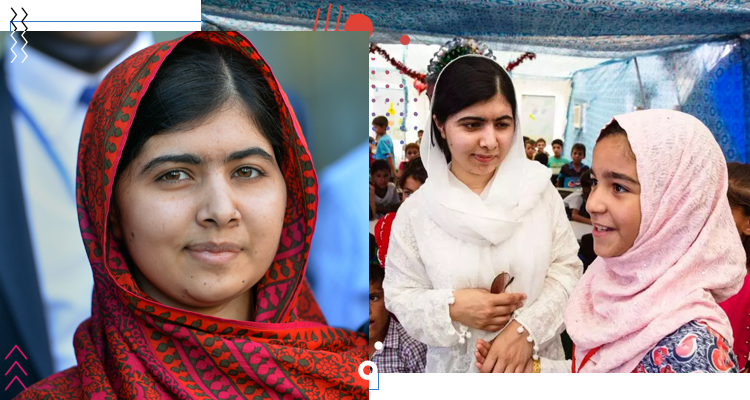 Arguably the most famous person on this list, Malala Yousafzai was only 11 when she published an anonymous diary about life in Pakistan under Taliban rule. The account quickly attracted massive attention, prompting Yousafzai to speak out more publicly for girls’ rights to proper education.

Three years later, however, a gunman shot the young activist in the head. Thankfully, she survived. Rather than be cowed by the assassination attempt, she simply fought on.

We millennials have been accused of disrupting the status quo, but it looks like our younger brothers and sisters are even better at it than we are, and for all the right reasons.

Because when the world seems to be as broken and lost as it currently is, something needs to change, and soon.