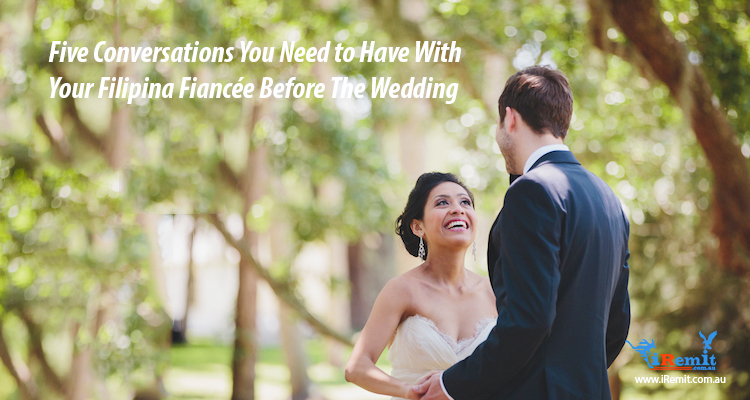 By Serena Estrella in Home and Family
November 4, 2016

Long before online dating became popular, relationships between foreigners and Filipinas have flourished. Just take a look at today’s hottest Filipino celebrities. A good majority of them are endowed with big, round eyes, that perpetually-sought after aquiline nose, and fair skin that would drive any Likas Papaya soap user delirious with envy.

They also have surnames like Dorschner, Reid, or Curtis-Smith that reflect their Irish, German, and yes, Australian heritage, as though to indicate that their fine-boned features are from God and their cross-cultural parents rather than from Dr. Vicki Belo.

Kidding aside, though, it’s no secret that many foreign men are inclined towards marrying and/or raising a family with Filipina women. Given how the typical Filipina takes good care of her family, doesn’t believe in divorce (and will thus fight tooth and nail to make a marriage work), and treats her husband like a king, it isn’t hard to see why.

As with any relationship, however, marriage to a Filipina comes with its own set of challenges and no, the dreaded “tampo” isn’t one of them (but you may just be on the receiving end of that if you jump in unprepared). So, before you both get lost in the madness of intercontinental wedding planning, be sure to get the following potential marriage landmines out of the way first:

1. Your living arrangements as a couple, and eventually, as a family

It’s customary in Australia for children to start living apart from their parents as soon as they leave for college, get a job, or come of age. A child’s level of independence increases further once s/he starts his or her own family too. In the Philippines, however, this is not always the case.

By now, you’re probably familiar with how close your fiancée is with her family, and you may even find it endearing. You should know, however, that many Filipino parents expect to have a say in their children’s married lives or at least, to be informed of just about everything that’s going on. If you and your bride-to-be agreed to settle in the Philippines, your in-laws might end up living with you as well (sending aged parents to a retirement home is out of the question since looking after them in their old age is a Filipino child’s way of paying them back for the sacrifices they made in raising him/her).

It’s not all bad, however. Sometimes, the parents of the bride live with the couple during their grandchildren’s early years so that the grandparents can serve as built-in babysitters.

Every culture has its quirks, and those relating to marriage and family in the Philippines might drive you bonkers if you aren’t used to them. For example, elders here are often highly respected and sometimes even revered. Children here are brought up to obey their parents in all things, even when they might be asked to do things that they don’t like or agree with. They also never question their parents’ decisions or directives, even when they have kids of their own.

In Australia and in much of the Western world, on the other hand, it isn’t unusual to question authority, and age alone does not command respect. So, while you may be comfortable calling your father-in-law by his first name, he and your wife may prefer it if you address him by the affectionate but still honorific “Papa” or “Daddy” instead.

The thing with cultural taboos, however, is that you need to immerse yourself for a bit in order to notice them. Your partner may be unable to tell you all the things considered odd or forbidden in Filipino culture as she grew up taking them for granted, so spend a summer or two with her family and just mention any observations you have that merit further discussion.

While many females in the Western world are enjoying the benefits of feminism and emancipation, Philippine society is still largely patriarchal (ugh), especially in the provinces. Unless your wife was reared in Manila, there’s a good chance that she was brought up to believe that a woman should do all the housework and look after the children.

Now, many Western men were raised differently, so a lot of them help out with chores. Most Western women appreciate this, of course, as it means having a helping hand around the house, but your Filipina wife might not be so comfortable with this. Why? Because you might not be doing things “the right way,” and thus cause her to wash the dishes or do the laundry all over again! (Crazy, I know.)

Now, some Filipinas might actually welcome the help, provided you do things “the right way” (e.g., “their way”), so you may want to ask your fiancée to “teach” you how to do certain chores if you intend to do your share of housework.

When you are entering into an arrangement where you will be sharing financial assets for life (ideally, anyways), you really need to discuss expectations and boundaries when it comes to money.

Will you both be working to contribute to the family coffers? Or will one of you stop working for a while once kids are in the equation? If so, who will it be and how long can s/he stop working? Will you be providing for your kids’ college education or do they have to take on part-time jobs to chip in? Most importantly, will you guys be expected to help out your wife’s family by sending them money? What’s the maximum amount that your spouse can take out of your joint account for this purpose?

When it comes to your finances as a couple, it’s best not to assume anything and to lay out all the cards on the table. Remember, while money certainly can’t buy you love, it still remains to be one of the leading causes of marital conflict and divorce.

In cross-cultural marriages, one spouse inevitably chooses or is compelled to settle down in their partner’s home country. Before long, s/he ends up missing his or her family abroad, more so when his or her kids start growing up and the expat feels like his or her family are missing out on quality time with their nieces or nephews.

Unless your spouse happens to be a gazillionaire with a private jet that’s ready to take you halfway across the world whenever you miss your parents or siblings, you ought to talk about how you’ll divide up the family’s free time (and budget) so that your side gets some facetime with your children too.

None of the previously-mentioned conversation topics are easy to discuss, but you risk a lot more if you skip out on tackling them with your partner. The key thing here is to listen with an open mind and to be willing enough to embrace a perspective that’s different from your own, all so you can both work on building a marriage that will be as rewarding as it is enduring.