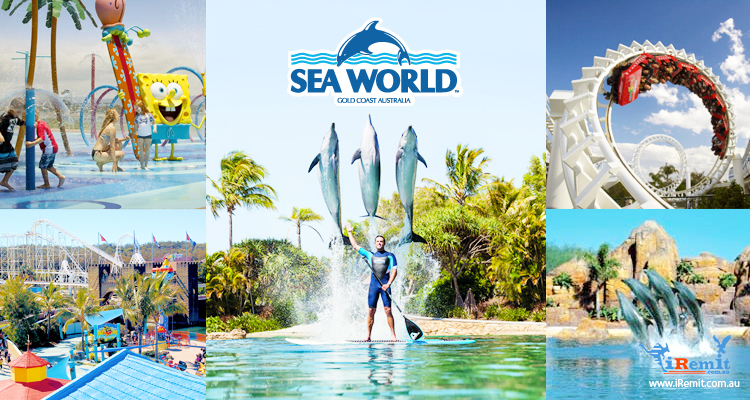 By Serena Estrella in Life in Australia
October 7, 2016

Finding Nemo (And Other Creatures Besides) at Sea World

We already know that Australia is renowned for its wildlife, but so far, we’ve largely discussed its preserves and habitats for land animals. Today, let’s shine the spotlight on their sea-dwelling counterparts.

Sea World started out as a venue for water ski shows that combined aqua ballet, comedy, and action back in 1958. A year later, it moved to a different location and became known as Sea World after dolphins, marine displays, and a replica of the Endeavour were added as attractions. This decision proved to be fortuitous, as it enabled the proprietor to purchase Marineland, a competing marine park and add even more shops, food outlets, and sea mammals to its growing list of entertainments.

Warner Bros. and Village Roadshow eventually acquired ownership of the water park, and they’ve added an assortment of rides over the years, such as Beach Break Bay (a Nickelodeon-themed zone of children’s rides like the Zamperla roller coaster), Jet Rescue (jet ski’s race at speeds of up to 70 kilometres per hour on Sea World’s largest roller coaster), Vikings Revenge Flume Ride (Australia’s first-ever theme park ride, which opened in 1979), Castaway Bay (a children’s area with climbing structures and high ropes), and the Storm Coaster, which replaced the Bermuda Triangle.

Despite the myriad of thrilling rides dotting the park, the real attraction is arguably the bevy of sea creatures that you can witness or interact with through the following shows and activities:

Sea World’s highly successful dolphin breeding program has resulted in many young dolphins swimming about the park. This exhibit allows park visitors to watch how these delightful baby mammals grow and develop under their mothers’ watchful eyes.

Apart from dolphins, whales are among the most popular marine mammals because of their majestic size and beauty.

Australia’s Premier Whale-Watching experience runs from June to October here at Sea World and it is perhaps the closest you’ll ever get to these gentle giants that abound in the Gold Coast.

This is Sea World’s take on the usual seal show. The storyline centers around the fish store Alota Baloney, whose owner is making a lot of money through overfishing. A detective team comprised of humans and sea lions then work together to solve and expose this environmental crime. 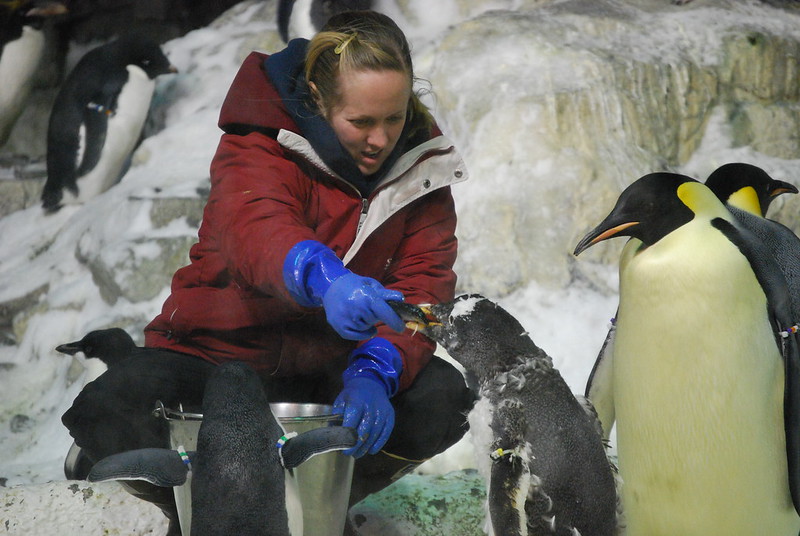 Home to the King Penguin, which is the second largest penguin species in the world, and to the charming Gentoo penguins, this frozen habitat is where you can revel in the sight of these quirky beings diving in and out of the freezing crystal-clear waters.

5. Creatures of the Deep

If you’re looking for something that’s equal parts terrifying, awe-inspiring, and educational, this attraction is for you. This novel showcase will bring you face to face with some of the most fearsome creatures of the ocean, from the fierce Megladon to the legendary Kraken.

Fancy watching Shark Week on the Discovery Channel? Why not try seeing the real thing in action?

This two-level man-made lagoon gives you ringside seats for the Great Barrier Reef’s most feared predators. Here, you can avail of both topside and underwater views of different kinds of sharks and even swim amongst them in the snorkel and dive lagoon pool (if you’re brave enough, that is).

What would a marine park be without a dolphin show? Sea World’s latest version features dolphins performing their spectacular tricks amidst a musical storyline. As the show is set in Dolphin Beach (the largest sandy-bottom lagoon with five different pools and more than 17 million liters of water), this venue can accommodate more than 2,500 spectators at any one time.

Sea World is open the whole year round except for Christmas Day, and from 1:30 PM to 5:00 PM on ANZAC Day.