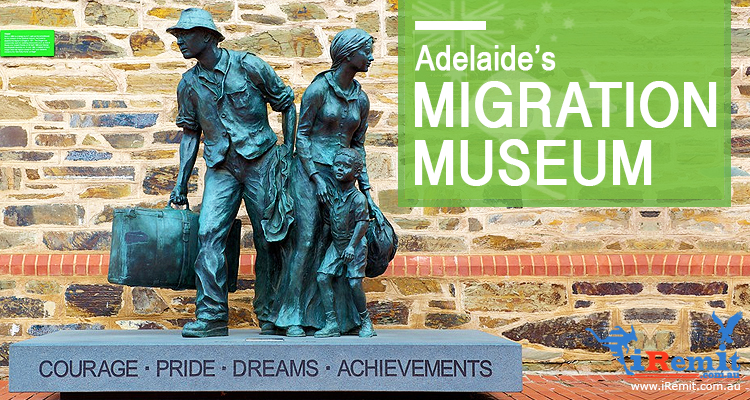 By Serena Estrella in Life in Australia
March 24, 2017

Find Out Who the Real Aussies Were at the Migration Museum

Having to seek greener pastures abroad is all too familiar to us Filipinos. For decades now, many of our countrymen have gone through the grueling and often lonely process of migrating to a first world country, often with the singular goal of providing a better life for their families. This situation is becoming so increasingly common that we’ve even rolled out quite a few migration how-to’s on this blog.

If you are one of the 200,000+ Filipino-born migrants who have found a home in Australia, you might be surprised to learn that many of the true-blue Aussies today are themselves descended from migrants. Back in 1788, the Aboriginal population in this country was at 400,000. One European settlement and more than two centuries later, the overall count is at 20 million, with four of every ten being directly descended from migrants in New South Wales alone.

Intrigued? Swing by Adelaide’s Migration Museum and live out the whole story through the following exhibits:

Fittingly, today’s Migration Museum stands on the same spot as Adelaide’s Destitute Asylum. Destitute asylums were basically poorhouses. If you grew too weak and too poor to care for yourself or if your family somehow couldn’t manage to look after you, this where you would end up.

Many of the Europeans who were either sent to Australia or forced to migrate here ended up at the destitute asylum, where many of them endured years of desperation and poverty before they made it out or died, whichever came first (yikes, that’s bleak).

The “In This Place” exhibit basically points out sites where the migrant inhabitants of the asylum slept, ate, and lived. There are also touch-screen interactives in this area that showcase original documents dating back to the 1800’s, when the asylum was packed to the rafters with many migrants. Through them, you can read about the stories of various families, and each one is rife with emotions like hope, fear, and courage that any migrant, modern-day or no, can certainly relate to.

Okay, so, the migrants of today don’t really have much use for Charles Sturt’s paintbox or Colonel Light’s surveying chain, but they are still very lovely to look at.

Speaking of the original Aussies, the Aboriginal tribes are perhaps the best candidate for this title, having been indigenous to the Australian continent long before the Europeans were even aware of its existence. This part of the museum focuses on the flipside of the migration story: how the original inhabitants of a land would feel towards migrants.

Under the brushstrokes of the artist Darryl Pfitzner Milika, the powerful sentiments of the Aboriginal people on issues like migration and colonisation come to life in the most vivid way possible.

4. Immigration in the 20th Century.

These days, profiling a typical Aussie isn’t quite as straightforward, not least because of the many cultures that have flourished within the country. As mass migration schemes from all over the world happened mostly in the previous century, that specific time period is the focus of this exhibit.

Costumes and a large graphic timeline all serve to illustrate how Australia’s views on migration has evolved throughout the 1900’s, from “White Australia’s” classification of colored folk as “aliens” to policies dealing with assimilation and finally, to a more widespread acceptance of multiculturalism.

Happening on the first Friday of every month, this event serves to give children a literal taste of the many different cultures in South Australia.

For instance, the one on 5 August shines the spotlight on a delicacy called Uštipci. Similar to donuts, these fried little balls of dough are a beloved treat among the Bosnian community in the area. In this activity, families with children aged 6 and above will certainly have a blast making and tasting the Bosnian treats while they learn more about the said country’s language and culture.

6. A Ticket to Paradise?

World War II really did a number on many of the countries that were at the peak of their game prior, so Australia looked especially rosy in comparison. Many promotional campaigns for the country from this period painted Australia as a utopian country that was full of opportunity for the enterprising migrant. Not only can you see samples of those campaigns here, but you can also view photos of migrants from this eventful period and see how they’ve contributed to Australian nation-building throughout the years.

Presented by the National Archives of Australia, the Department of Immigration and Border Protection, and the Ministry for the Arts, this traveling exhibition is on display at the Migration Museum until 25 September of this year.

More than just another box to tick off on your sightseeing list, Adelaide’s Migration Museum is definitely a place that will have your thoughts pondering the many implications and consequences of migrating, regardless of which side of the fence you’re on.