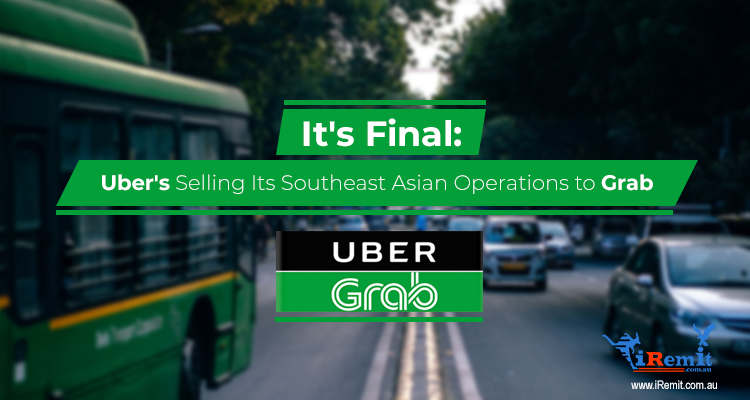 If you’re like the thousands of commuters relying on transport network vehicle services (TNVS), you probably got an email from Grab and Uber on Monday about their upcoming merger.

The Internet has been abuzz with rumors over the Southeast Asian ride-sharing giant’s acquisition of its US-based rival for weeks. Since customers have long relied on the intense competition between the two TNVS companies to keep prices and operating policies in check, many were hoping that the rumors were simply, well, rumors. One Uber driver I flagged during the weekend even claimed that it can’t be true, given how much the company he drives for must be earning in the Philippines.

Monday’s news confirmed quite the opposite. As of Monday, 26 March 2018, Uber has agreed to sell its operations in the Southeast Asian region to its local competitor, the Singapore-based Grab.

The sale will allegedly include all of Uber’s operations in eight Southeast Asian countries, particularly Cambodia, Indonesia, Malaysia, Myanmar, the Philippines, Singapore, Thailand, and Vietnam. In exchange, Uber’s parent company will own around 25 to 30 percent of the resulting company after the merger has been concluded.

Uber and Grab Philippines simultaneously addressed its users on Monday as well, announcing that the merger’s transition would be complete by 8 April 2018. All booking requests made after that date should be coursed through the Grab app as the Uber app will no longer be operational in the country.

However, frequent travelers need not remove Uber’s app from their phones just yet as the service can still be used in more than 80 countries around the world.

The ride-sharing giant might appear to be conceding to its competition with its Southeast Asian exit, but the move is actually quite shrewd. When you consider how Uber hammered out similar deals with their competitors in China and Russia in exchange for 20 and 36.6 percent ownership, respectively, in the consolidated companies, its parent company still has a stake in the promising growth of the TNVS industry in Asia, at far less cost and with zero bureaucratic headaches too.

Not everyone is happy about this latest development, of course. Chief among the apprehensive ones are the customers and drivers themselves. Tough competition has always been the main driving force behind discounts, promotions, and incentives, and there’s a lot of rueful speculation as to how the absence of a competitor will affect these.

Regulatory concerns have also emerged, as no one wants to see a single player dominating the market with price fixing and unfair trade practices. Thus, the Philippine Competition Commission (PCC) has called for both companies to abide by its clearance requirements to ensure that the consolidated business will adhere to guidelines on activations and pricing.

As for me, I’m simply relieved that we’ll still have ride-sharing services in the country. After having experienced the safety and convenience of such for three years now, it would suck to go back to how things were before either Uber or Grab came along.