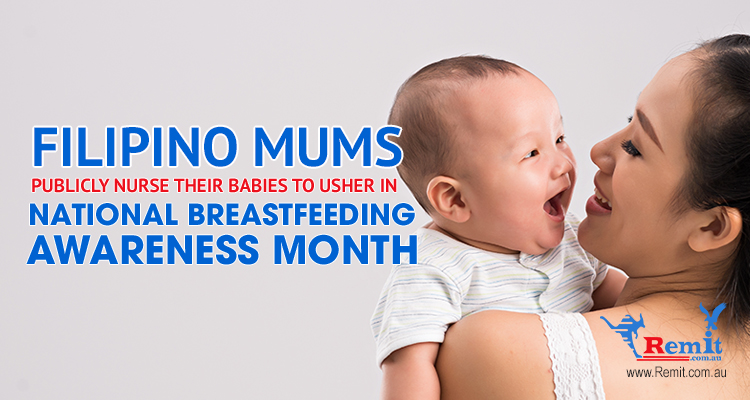 Dubbed “Hakab Na! 2018,” the mass breastfeeding event is the sixth installment of a tradition that typically heralds the beginning of National Breastfeeding Awareness Month. (“Hakab” is a Tagalog word that means “to latch,” which in this case refers to infants latching onto their mother’s breasts when nursing.)

The event also drew in lactation experts, peer counselors, and breastfeeding advocacy supporters to boost awareness about the benefits of breastfeeding. Last year, a total of 4,775 mom-and-baby breastfeeding pairs were logged in 25 areas that held similar events across the country. Given that 61 other mass breastfeeding events were held in other locations over the weekend, this year’s Hakab Na! is on track to surpass the prior year’s attendance record.

Back in 2009, the legislative body passed Republic Act (RA) 10028, which designates August of every year as the National Breastfeeding Awareness Month. The bill was passed in order to “protect, promote, and support breastfeeding in the Philippines as the normal, natural and preferred method of feeding young infants and children.”

Both the World Health Organization (WHO) and the United Nations Children’s Fund (UNICEF) recommend that children be exclusively breastfed from the first hour of their birth up until at least six months since. Unfortunately, two UN agencies have reported that globally, three in five babies are not breastfed early, thus putting them at a higher risk of death and disease.

In the Philippines alone, it’s been estimated that 27 out of every 1,000 children die before the age of five. WHO and UNICEF have also surmised that only 46% of Filipino babies have been initiated into early breastfeeding back in 2003, and that number has barely risen within the intervening years.

Breastfeeding refers to the method of feeding an infant directly from the human breast. (Duh.) Exclusive breastfeeding, as its name suggests, is the process where the infants receive no other liquid apart from breast milk. Yep, not even water should be given to very young babies. Only oral rehydration medicines or vitamins are the exception, and they should only be administered upon a physician’s instructions.

So, what makes breast milk so special? Well, colostrum pertains to the first milk produced during late pregnancy or after childbirth. It is low in fat, high in carbohydrates, protein, and antibodies that help keep the baby healthy. The latter is what makes it impossible for baby formula companies to fully replicate breast milk, and is probably why infants who aren’t exclusively breastfed in the first six months are 25 times (!) more likely to die than those who were.

Furthermore, breastfeeding benefits both the mother and her child. Apart from preventing diarrhea, ear infections, and pneumonia, reducing the risk of sudden infant death syndrome (SIDS), as well as greatly diminishing the baby’s likelihood of contracting chronic disease in adult life, breastfeeding also prevents/stops post-partum bleeding, lowers the risk of breast cancer and osteoporosis, and even helps mothers lose their baby weight faster.

As a bonus, breastfeeding is a natural contraceptive (which really helps when you’re sore all over and can’t or won’t fathom the thought of having another child).

So, if you’re reading this and are currently breastfeeding, hats off to you! Can’t quite make it to this year’s events? Worry not, you can still contribute to the ongoing social media campaign with the hashtag #hakabna2018.