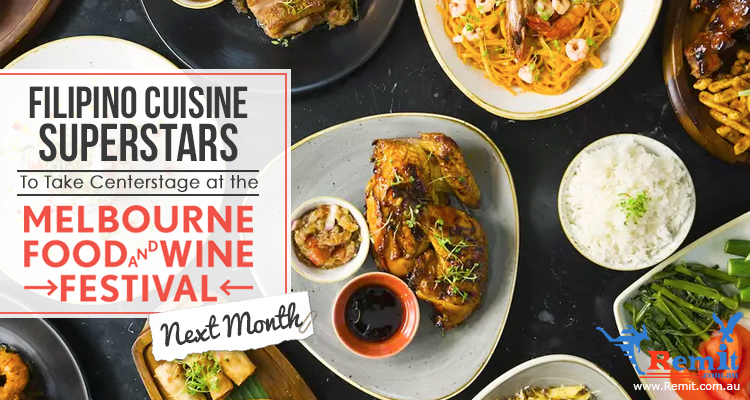 Filipino food has arrived. About bloody time too, really.

So, our local cuisine has actually been making waves on the international scene for a while now. Ube was practically 2016’s breakout star. Sydney’s Shangri-la Hotel has also been holding a Philippine Food Festival for the past six years.

And now, for the first time ever, Filipino food will be the highlight of a major Australian food festival.

The guest list for the upcoming festival features some of Filipino cuisine’s most veritable ambassadors.

First up is Nicole Ponseca, owner/chef of New York City’s famed Filipino bistro, Maharlika. Jordy Navarra, the celebrated chef-owner of Manila’s multi-awarded Toyo Eatery, will also be making an appearance. Both chefs will be holding a Masterclass on the first day of the festival.

Yasmin Newman, the author of 7000 Islands: Cherished Recipes and Stories from the Philippines, is another culinary celebrity on the guest list. She’ll be presiding over the Books for Cooks event alongside fellow cookbook author Nicole Ponseca.

Lastly, rounding out the Filipino food showcase is Barrio, a collaborative dinner series sponsored by Cebu Pacific Air. Apart from the aforementioned chefs, Ross Magnaye of Melbourne’s lauded Rice Paper Sister will also be lending his kitchen expertise to the affair.

The participants are still finalizing the menus for Barrio, but these will surely be big on flavor. Filipino cuisine is bursting with bold salty, sweet, sour, and umami notes. Furthermore, each of the cooks bring something unique to the table. Magnaye’s focus is modern and seasonal. Navarra specializes in elevating local cuisine, while Ponseca’s urban flair is legendary. Lastly, the half-Filipino Newman emphasizes rustic home-cooking.

Sounds Exciting! When Does The Festival Take Place?

Melbourne’s Food and Wine Festival will run next month, from 8-24 March 2019. The Filipino food events will take place on the following dates:

Interested parties can visit the official Melbourne Food and Wine Festival site for tickets and for further details.