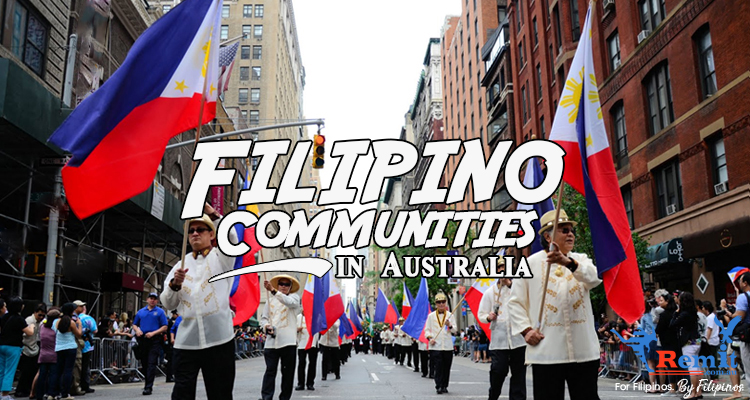 The Philippine- Australian relations already existed during the early part of the nineteenth century. Missionary work and migration were the main areas of bilateral relations.  Commerce and trade were on a  modest scale.  In 1944, according to the Bureau of Immigration, the Philippines ranked eighth among the source of migrants in Australia.

Policy changes in Australia’s immigration policy in 1973 opened the door for the Filipino migrants. Significant numbers of Filipinos immigrated to Australia between the 1960s and the 1990s and Filipinos remain one of the fastest growing immigrant communities in Australia.

In the 1996 Census, Philippine-born Australian residents numbered 92,949 represented by a ratio of 2 females to 1 male. This imbalance in the gender ratio has been attributed to a large number of female fiancées and the spouses of Australian national, and to a greater tendency towards emigration by Filipino women.

However, the proportion of Filipino migrants who qualify to enter Australia in the category of spouse/fiancée of Australian nationals has decreased from 85% to 52%. Current trends show that most Filipinos (90%) coming to Australia now enter as “family reunion” category immigrants. According to the census data, 50.2 % of the Philippines born were resident in New South Wales, followed by 21.6 % in Victoria, 14.9 % in Queensland and 5.2 % in Western Australia.

The majority of migrants from the Philippines working in Australia are domestic helpers, professionals like computer analyst and programmers, solicitors, doctors, engineers, and nurses.  With the growing number of Filipino population in Australia, a lot of Filipino communities emerge.

Filipino communities are widely spread to the different states of Australia.

The national umbrella body of Filipino community organizations in Australia and the catalyst for better Filipino-Australian relations in the government and private sector. FILCAA hosts the Filipino National Conference every two years to provide for all leaders and members of the Filipino-Australian community to gather, discuss, develop and plan strategies on issues of state and national level.

The umbrella body of the entire Filipino communities in New South Wales promoting their interest and voice of all Filipinos living in New South Wales.  See their website at http://www.pcc-nsw.org.au/ for information, scheduled events and inquiries.

It is recognized as the umbrella body of Filipino organizations in the State of Victoria. A mandated entity whose mission is to represent the Filipino community in Victoria and serve as an active partner of the Government and other mainstream agencies in providing information, support and access to community and welfare services to as many constituents as possible that are Filipinos. See their website at http://www.fccvi.org.au/ for more details.

This is the state peak body of Filipino-Australian organizations. Established in 1989, founded by Agnes Whiten, OAM, its mission is to provide leadership for all Filipino-Australians in Queensland, Australia.  Visit their website http://www.fccq.blogspot.com/.

The state’s recognized as the peak body by the Filipino Communities of Australia representing Filipino organizations in South Australia.  It was primarily organized to assist in the settlement and welfare of Filipino individuals and families, promotes harmony, peace, and cooperation among all groups and communities. Visit their website for more details at http://fsccsa.org.au/.

The umbrella body of different organizations in Canberra, Australia.  Visit them on Facebook for details.

If you are new to Australia, or just wanted to mingle with your kababayans, you can always get in touch with them by joining into the different Filipino communities in your place,  for there is no place like home.