By Marie C in Filipinos in Australia
December 22, 2015

Though there are a lot of Filipinos that you can spend the holidays within Australia, the holidays won’t really be the same unless you actually spend it in the Philippines.

Christmas is such a unique season for us Filipinos that the air just transforms into something different the moment Christmas time comes around. And if there’s any proof of how Filipinos adore the holidays, it’s the fact that as early as September, you start hearing Christmas songs on the radio and start seeing a lot of glittery red, green, gold and silver everywhere.

Aside from the early signs of the holidays, here are a few other distinct homegrown traditions that every Filipino probably misses every Christmas season:

‘Simbang Gabi’ means ‘Night Mass’, and that’s exactly what it is. It is a mass celebrated at dawn, with people attending it on a daily basis from the 16th of December until the 25th. For the fatalistic, completing all 9 masses means that one of their biggest wishes will come true. For the religious, it is a way of commemorating the 9 months that the Virgin Mary carried Jesus in her womb. Whatever people believe in, the church bells ringing hours before the sun rises becomes a sound people look forward to once Christmas comes around.

A parol is a star-shaped lantern that people hang outside their homes. Traditionally, a candle is lit inside these lanterns. Of course, this is obviously a fire hazard considering that these lanterns are often made with bamboo and rice paper.

Today, parols are equipped with electric bulbs and are made with less flammable materials. They are also more attractive now (and often, more expensive). There are also parol festivals celebrated around the country, the most prestigious of which is the one held annually in Pampanga where parols are taller than houses.

Noche Buena is the family dinner that Filipino families have after the midnight mass on Christmas Eve. And it’s not just your typical, everyday dinner. Noche Buenas are often grand feasts, with Queso de Bola, Fiesta Ham, and a number of other Filipino dishes served at the table. This is also the time when everyone receives their gifts.

Although going from one house to another and singing Christmas carols is something that is also done in other parts of the world, the way that Filipino kids do it is truly original. Kids often just grab used cans and use them as drums, and string bottle caps together to make their own tambourines. Kids also sing favorite Filipino Christmas songs instead of the traditional English songs.

In other countries, the smell of chestnuts roasting on an open fire could signal the start of the Christmas season. In the Philippines, it’s the smell of freshly cooked bibingka and puto bumbong, especially in the wee hours of the morning.

Families coming out of churches after hearing mass before dawn would often stop by bibingka and puto bumbong stalls and have them for breakfast. Puto bumbong is steamed glutinous rice cooked in bamboo, while bibingka is a kind of rice cake best served with margarine.

The Belen depicts the scene of the nativity. Almost every Filipino home would have a belen at home, usually made of small figurines and adorned in Christmas lights. In malls, churches, and other big establishments, the Belen is often bigger (some even life-sized) and more impressive. 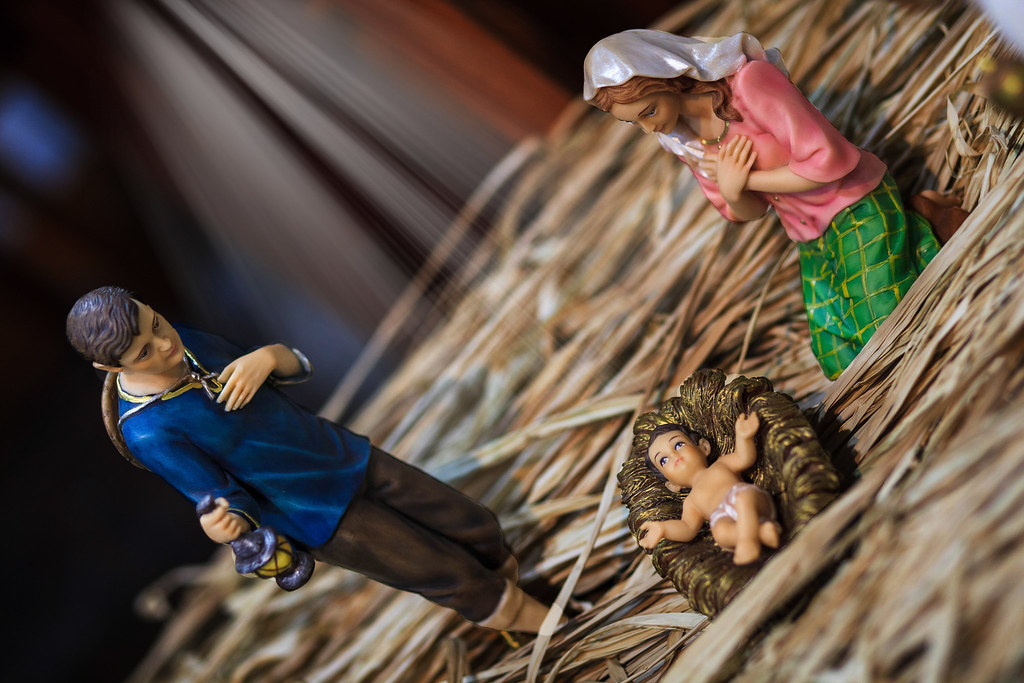 Truly, a Filipino Christmas is never boring. It is the grandest time of the year when people actually get together and forget about petty fights and disagreements in the past. It is a time of love, forgiveness, and compassion. And celebrating Christmas for a good four months in the Philippines will only make you realize what a huge impact this season has over everyone’s lives, regardless of how bad or how well the year went.