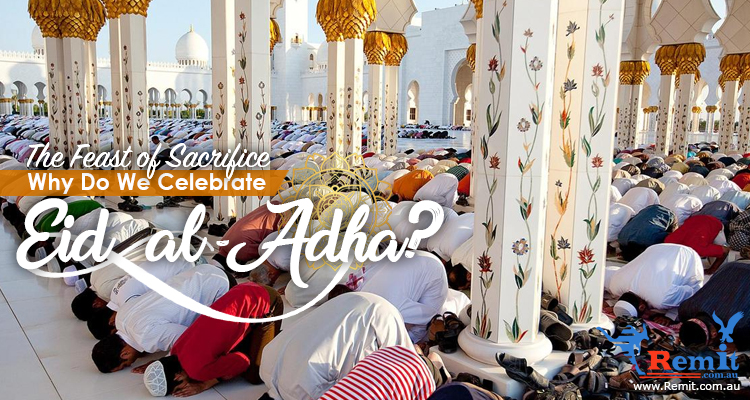 The Feast of Sacrifice: Why Do We Celebrate Eid al-Adha?

We love public holidays! It may be your time off after that grueling workweek. It’s the moment where we can pack our bags and join our brethren in a brief but healing escapade.

Today, another holiday is gifted to us. There will be no work on the celebration of Eid al-Adha. Hooray for a weekend of relaxation and fun!

But as a curious individual, you might wonder, why do we celebrate Eid al-Adha? What does it even mean in the first place? I am like you as well. And here is what I found out.

The Feast of Sacrifice

Eid al-Adha translates to “the feast of sacrifice”. It commemorates Ibrahim’s obedience to God when he commanded to sacrifice his son. It is one of the two most important Islamic holidays (the other being Eid al-Fitr). With Eid al-Adha being the more important one.

It falls on the 10th day of the Dhu al-Hijjah. You can’t really pinpoint exactly when it will be held. It is based on the Islamic Lunar Calendar. But the National Commission on Muslim Filipinos (NCMF) informs when it will be dated exactly.

For the Christians, does the story sound familiar? You’re right. It is the same story when Abraham was instructed to sacrifice his son, Isaac, on Mt. Sinai. To boot, they are actually the same people.

Amidst being tempted by the devil, Shaitan (Satan), he still carried out God’s commandment and drove Shaitan away by throwing pebbles at him. This is the reason why there are stones thrown on symbolic pillars during the Hajj rites.

In the end, God instructed Abraham to sacrifice the lamb instead of his son. This was just Him testing Ibrahim’s devotion.

How Do We Celebrate It?

Afterward, they distribute the meat in three parts. The family gets one-third. The second one-third is given to their relatives. And the final piece is offered to the less fortunate.

This may be an intricate ceremony and it is surely a critical event for Islamic families. But for us non-Muslims, at its core, it encourages us to celebrate life and our faith alongside our family and friends.

After all this information, just this notion makes Eid al-Adha truly worthy of being a holiday.