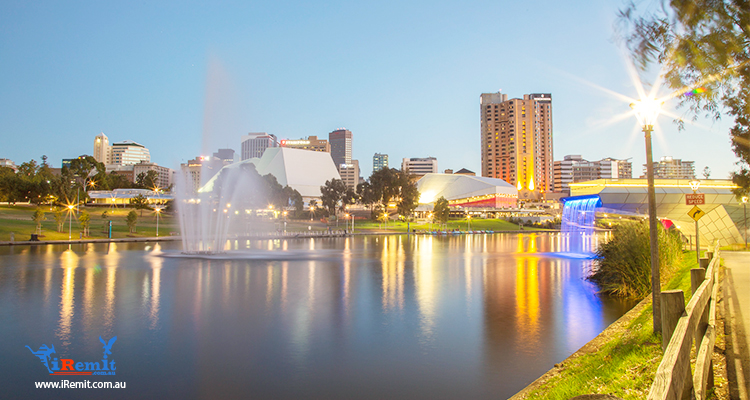 By Serena Estrella in Life in Australia
August 18, 2016

Fast-Tracking Your Way Through Adelaide

We’ve already established that Australia is a big country (and oh-so-beautifully diverse). If your aim is to leave no stone unturned in seeing all of it, you had best set aside a year, my friend. However, if you have, say, about four days to spend in lovely, laid-back Adelaide, we’ve got you covered with the following fast-tracked itinerary:

Adelaide is the capital city of South Australia. While it’s the site of many governmental and financial institutions, it is also home to many cultural festivals and sporting events, iconic beachfronts, and some of the world’s best food and wine.

You can easily while away an entire day in the city centre alone, as it plays host to attractions like the South Australian Museum, the Art Gallery of South Australia, and the Migration Museum, just to name a few.

Want to know the best part? You can get into most of those attractions FOR FREE.

2. Catch a game at the Adelaide Oval.

If traipsing around museums isn’t your thing, but the thought of cheering yourself hoarse as your favorite team bulldozes another excites you, then head on over to the Adelaide Oval. Bordered by rows of lush, leafy trees and grass-lined avenues, this 53,000 spectator-capacity stadium is known to be “one of the most picturesque cricket grounds in Australia, if not in the whole world.”

Or, if there are no games on schedule for the day, you can simply walk around the perimeter and revel in the stadium’s glorious contemporary architecture amidst all the surrounding lush greenery.

And speaking of taking a walk…

3. Take a walk along the River Torrens.

Just as the ancient Egyptian and Chinese civilizations flourished along the Nile and the Yangtze, so too was Adelaide established within proximity of the Adelaide Plains’ most significant river.

Given its huge basin size of 196 square miles, you can’t possibly walk along the entire length of the River Torrens. Rather, you can choose the most scenic route. Strolling across the pedestrian bridge near the Riverside Precinct is a good option as you will get a good view of the lake that’s being fed by the River Torrens and the nearby Elder Park.

The cool, calm breeze wafting up from the water as you take in all the natural beauty around you isn’t so bad either.

4. Climb up the Mount Lofty Ranges.

Apart from having a base on the Fleurieu Peninsula’s (itself a breathtaking location) southernmost point and thus affording visitors a wonderful vantage point, the Ranges are also a wine zone. Adelaide Hills, Adelaide Plains, and Clare Valley all fall under this particular area, so you can savor the view before you with a chilled glass of the country’s famously crisp and sweet Riesling.

These are just four of the things you can do if you have a very limited time to roam around Adelaide. There are, of course, loads more things to see, do, and eat around here, but consider that as just one more reason to come back and discover Australia some more.