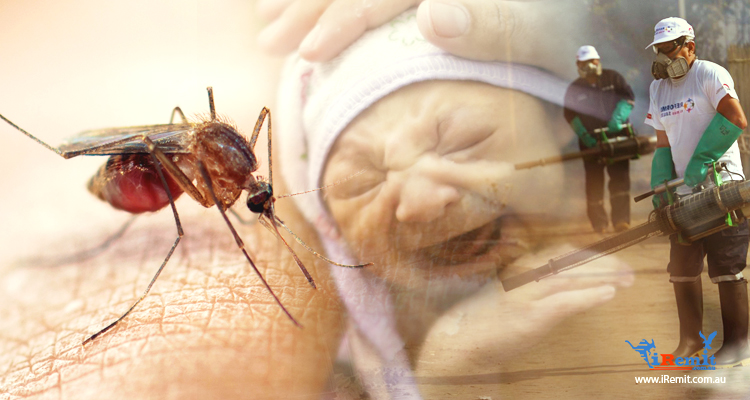 FAQ’s About the Zika Virus

2016 is certainly a momentous year for Brazil. Recently, they wrapped up the Rio Olympics (where the Philippines got its first silver medal in women’s weightlifting, courtesy of Hidilyn Diaz), which, despite several logistics issues at the onset, turned out just fine.

However, the other reason for the world’s eyes being on this South American nation this year is rather unfortunate: the Zika virus epidemic continues to wreak havoc on its citizens. The disease itself is bad enough, but its effects on babies born to infected mothers are even more devastating.

For the medical consensus is that the Zika virus induces in developing babies a condition called microcephaly, where the baby is born with an abnormally small head because of stunted brain development. The consequences range from delayed development, permanent intellectual disability, and even death if the brain is so underdeveloped that it cannot regulate bodily functions that are essential to life.

The Zika virus outbreak was primarily rampant in the Americas, especially in areas where the weather is warm enough for mosquitoes to thrive. About a month ago, the Philippines confirmed its first case this year when a 45 year-old woman from Iloilo was diagnosed with the virus. As she had no history of travel to any of the affected countries, it’s been assumed that she contracted the disease locally.

Now that the Zika virus has arrived on our shores, it’s imperative that we keep ourselves informed and updated. Forewarned is forearmed, as the saying goes, after all, so let’s all take a moment to go over some key facts about the latest epidemic:

Like dengue fever, the Zika virus is passed along by infected Aedes mosquitoes: a mosquito that bites a person infected with the disease ends up passing it on to the next person it bites.

Male carriers of the disease have also been known to pass it on to both male and female sexual partners if they have unprotected sex with them.

How can I tell if I have it?

As of now, there are no commercially-available diagnostic tests for Zika. Since it can be mistaken for dengue or chikungunya, your doctor may not think to test you for it if you aren’t pregnant or haven’t traveled to the areas plagued by the outbreak.

If you suspect that you may have it, watch out for the following symptoms cropping up within 2-7 days:

Not necessarily. As the virus is not airborne, you can’t catch it by breathing the same air as an infected person or being in close contact with such.

You can, however, catch it if you have unprotected sex with someone who has the Zika virus or if you get bitten by a local mosquito that bit a Zika patient prior. Transmission through blood transfusion is also currently being investigated.

Zika Fever symptoms are generally mild in nature, and developing babies are considered to be the most at risk from exposure, but they can kill fully-grown adults too.

Early this year, three Colombian adults died of Guillain-Barre syndrome, a Zika-linked auto-immune disease that causes muscle weakness and paralysis. A 70 year-old Puerto Rican patient also perished from the disease this year because of complications that led to a bleeding disorder.

On its own, Zika fever isn’t so deadly, but the opposite can be true for elderly patients or for those with certain pre-existing medical conditions.

Can it be cured?

Because the Zika virus was initially thought to be relatively harmless, no specific medication has been developed for it. The treatment is pretty standard: patients are advised to get plenty of rest and fluids, and to take medications for fever and pain relief.

Mercifully, a Zika vaccine is reportedly in the pipeline too.

How can I protect myself from it?

Since the virus spreads mainly through mosquito bites, the best thing you can to do is to protect yourself from mosquitoes and to reduce their chances of breeding in your home.

Wear long-sleeved tops and pants that cover your legs as well as socks to minimize your chances of getting bitten, especially if you are going to warm, mosquito-infested areas. Apply mosquito repellent regularly and keep the air conditioner on whenever you are home (mosquitoes don’t take well to cold temperatures).

Get rid of stagnant water lying around the house as mosquitoes need only a tiny amount (i.e., enough to fill a tiny bottle cap) of it to lay as many as 200 eggs, and keep all water containers covered to prevent mosquitoes from getting to them.

Lastly, if you live in an area with Zika virus cases, you may want to put off getting pregnant and start using protection if you haven’t already done so. The latter is especially important if you are already pregnant and/or your partner regularly travels to areas where the virus is present.