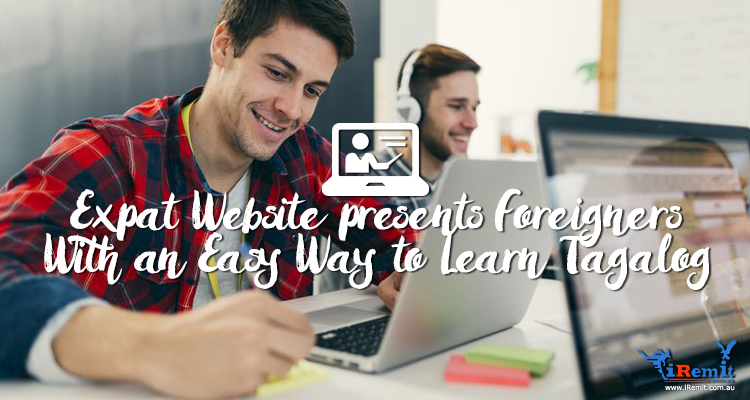 Why would anyone want to learn Tagalog?

It’s not like Filipinos can’t speak English, right? Plus, aren’t you better off learning other world languages like French, Spanish, or better yet, Mandarin? Wouldn’t knowing how to say “I’m sorry” and “Please don’t hurt me” in Chinese be more useful in case China accomplishes its Kim Il Jong-esque goals of world domination and swallows us all up?

Perhaps, but Phil Smithson, an expat from the United Kingdom, would beg to differ. While his On-Off Group has been thriving in the Philippines for the past four years, it’s what he does on the side that’s quite fascinating.

You see, Smithson has come up with an online business that teaches people, mostly foreigners, how to speak Tagalog. Called Learn Tagalog Fast, the website was launched in 2016 and has since taught over 50 paying foreigners so far, from professionals working with a Filipino team to students taking classes in local universities.

Mind you, this ain’t your mama’s language lesson. Rather than starting off with the usual grammar and spelling rules that can get you bogged down, Learn Tagalog Fast’s program cuts right to the everyday conversational stuff.

For example, a customer’s first lesson typically begins with two words: “mag” and “tayo.” The student is then told that they can put any English word between those words and it’ll make sense (e.g., “Mag swimming tayo”/”Let’s go swimming,” “Mag grocery tayo”/”Let’s go to the grocery,” Mag MOMOL tayo”/Let’s – never mind). Not only does this approach build their confidence since they can start speaking Taglish (Tagalog-English) straight away, but it also helps them understand the mechanics on a more fundamental and memorable level.

Smithson credits his unique “conversation first” rather than “grammar first” lesson plan to his own experiences with learning Tagalog. He migrated to the Philippines in 2009 to work for a local advertising agency and established his own business four years later. Learning the language and culture was one of the many adjustments he had to make in the process, but he did so through speaking it with other people rather than reading a grammar book.

The British expat had so much fun learning Tagalog this way that he set up Learn Tagalog Fast as a passion project and to encourage other foreigners to familiarize themselves with the language as well.

Today, the website offers hour-long sessions that can be held either face-to-face or through Skype. These are facilitated by two Filipino teachers whom Smithson claims have been taught to empathize and interact with foreign students.

But going back, why should you learn Tagalog? Well, apart from this skill coming in handy for expats looking to do well professionally in the Philippines or with a Filipino market, it might also help you woo the Filipino or Filipina of your dreams.