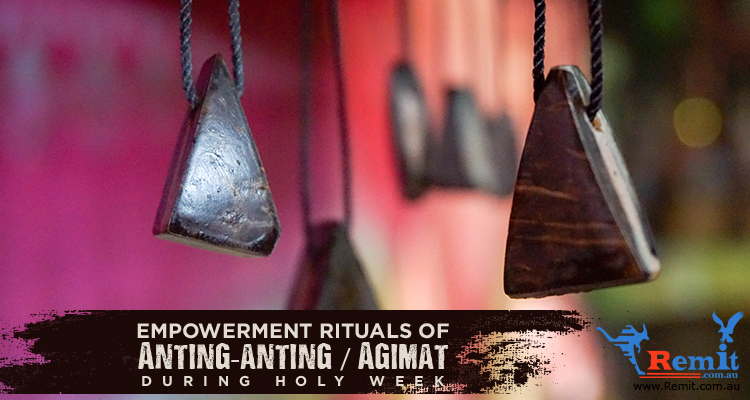 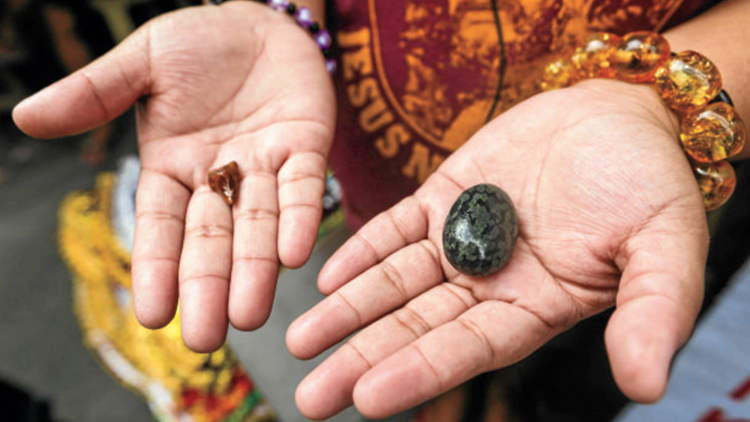 An amulet, locally known as “Agimat” or “Anting-anting” is an object with specific superhuman powers that will protect its owner from harm or danger.

For people who might not know this, Anting-anting played a huge role in the history of the Philippines, especially during revolutions and wars.

Anting-anting has been the essential part of the Filipino battle gear, worn with the belief that its spiritual and magical powers will provide invincibility, protection or the edge that would shift the imbalances of power into parity. 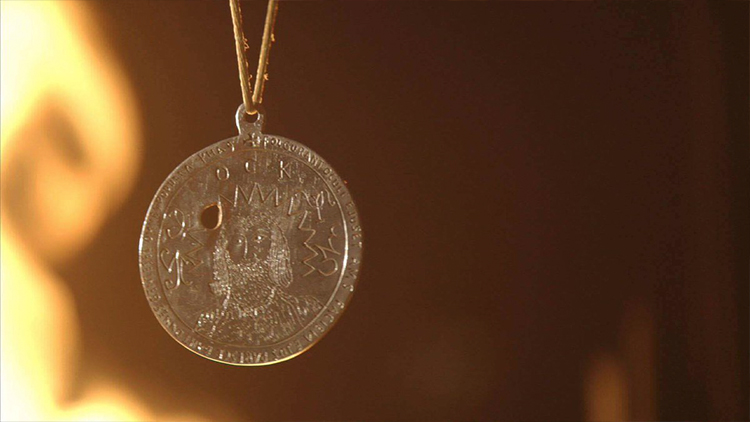 The most popular and known Anting-anting is an amulet with inscriptions that is worn as a necklace. But some Anting are in forms of prayers (orasyon), written in a paper, sewn in a small cloth pouch, worn pinned, a booklet with prayers that should be carried by a person.

The Pamako Anting meant to paralyze the opponent. The Tagabulag can make one invisible to the enemy. Kabal at Kunat can make on invulnerable to bolo cuts. And lastly, the Tagaliwas can cause bullets to deflect. Another type in the anting esoteric is the “subo” literally, “to take by mouth” and swallow. Some believe this anting-anting to be empowerment that resides within the holder.

Although most antings are buried with its owners, the “subo” is transferred from generation-to-generation to blood kin, usually to the eldest of the sons; occasionally it is passed on to a non-relative “chosen-one.”

The process of transfer from the holder of the subo occurs close to the moment of death. The chosen heir to the anting, aware of this inheritance, stays close to death’s bedside.

The subo, commonly materializing as a pellet-like mucoid globule, is coughed up into the receiver’s hands or picked up and immediately taken and swallowed. While some say that it needs to be passed by mouth to mouth.

A delay or hesitation in its ingestion would cause this ‘globule’ to just vanish and forever be lost. 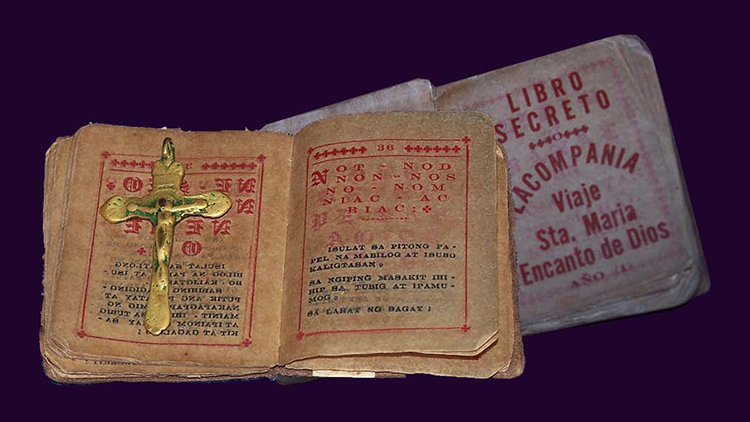 To make the Anting-anting stronger and to also maintain its protective power, the owner should empower/recharge the Anting during every Holy Week.

Holy week on Good Friday, 8 o’clock in the evening in a cemetery. The empowerment and renewal ritual is mixed with prayers and incantations, either whispered or written (oracion). in a language (pig-Latin and rural patois). 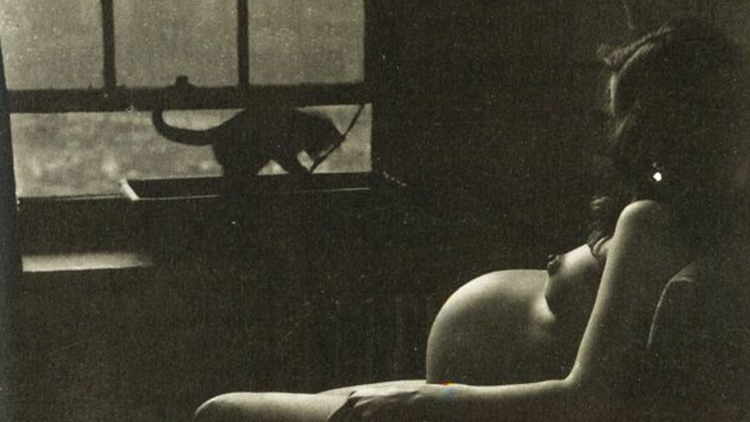 *These stories are compiled from the Beyer Ethnographic Series*

When a banana tree bears flowers that point skyward, on a moonless night a little stone of fire called “Mutea” dances around the flower bunch. Catching this dancing ball will cause your hair to stand and open your eyes to the supernatural realm. One will see threatening gigantic devils and other malevolent creatures. If you stand steadfast showing courage and fortitude you will succeed in keeping the “Mutea” as a powerful anting-anting against any metallic objects such as bullets and knives.

A pregnant woman goes into labor at the same time as her pet cat. Soon after the birth of her son, the midwife discovers a newborn kitten and tells the mother about her baby boy’s anting-anting for wealth and health. In case the cat dies, its liver should be placed in a pouch to be preserved as an anting-anting.

The “tanlad” or “tanglad” plant bears flowers only once a year. Watch for a plant that blooms in the midnight of New Year’s Eve. As soon as the flowers open you will see a stone. However, the plant is guarded by a powerful spirit which one must conquer. If you fail death will follow,  but if you succeed this magical stone has the power to make you invisible.