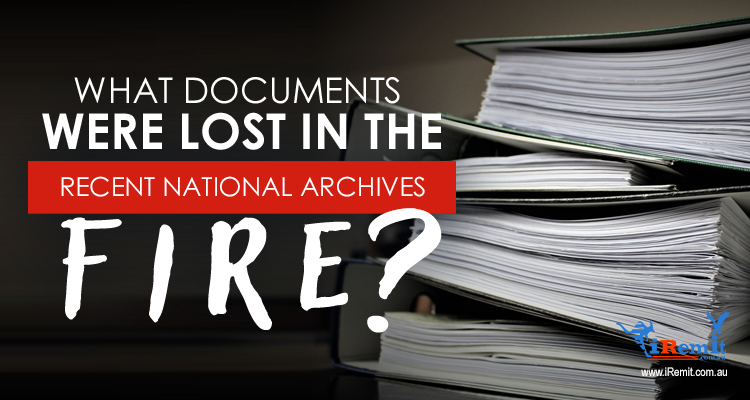 What Documents Were Lost in the Recent National Archives Fire?

At around 12:29 AM yesterday, a fire started at the Land Management Bureau (LMB) office inside Binondo’s Plaza Cervantes Building on Quintin Paredes St. Because of the highly flammable materials within and due to its proximity to neighboring buildings, the blaze then quickly spread to three other structures, one of which happened to house the National Archives of the Philippines (NAP).

Once the news hit the interwebs, many Filipino netizens expressed their alarm over the possibility of losing some of the nation’s most important historical papers to the flames, and understandably so.

The National Archives office was headquartered on the third floor of the Juan Luna Building on Juan Luna St. Both the structure and the location have historical significance; the building was constructed during the early 20th century and is characterized by the distinct architecture of that period, while Juan Luna St. was once known as Calle Analogue, the setting for Kapitan Tiago’s fictional abode in Rizal’s “El Filibusterismo.”

Thanks to RA 9470, the National Archives of the Philippines (NAP) came into being back in 2007, with the purpose of collecting and safekeeping important historical documents and other primary sources of historical knowledge. These include plans, civil records, and notarial documents from the Spanish and American colonial periods.

It reportedly took about 36 firetrucks more than 12 hours to get the fire under control, but according to Manila Fire District Senior Superintendent Jonas Silvano, no important archival records were affected. Apparently, only the NAP’s administrative offices were in the Juan Luna Building, and all the Spanish documents at least remain safe in the National Library in Kalaw.

The LMB’s main office, meanwhile, wasn’t so fortunate. Environment Undersecretary Benny Antiporda reported that tons of important documents like land titles and over PHP100 million worth of equipment (e.g., modern computers, drones, etc.) were all reduced to ash after the fire. He also revealed that his department will have to digitize tons of documents all over again since they were unable to upload copies onto the cloud.

Still, they were quick to reassure the public that the original copies of the lost documents are still intact in the LMB’s regional offices, what with the Binondo office being a mere repository of the back-up files.

Yesterday’s fire emphasized the need for digitizing important records and uploading them to cloud servers as a precaution against calamities, disasters, and plain old termites or bugs. One can only hope that those in charge will view the aforementioned event as a greater impetus for making some much-needed changes in the way our country’s documents are stored and archived, lest something of this magnitude were to happen again.