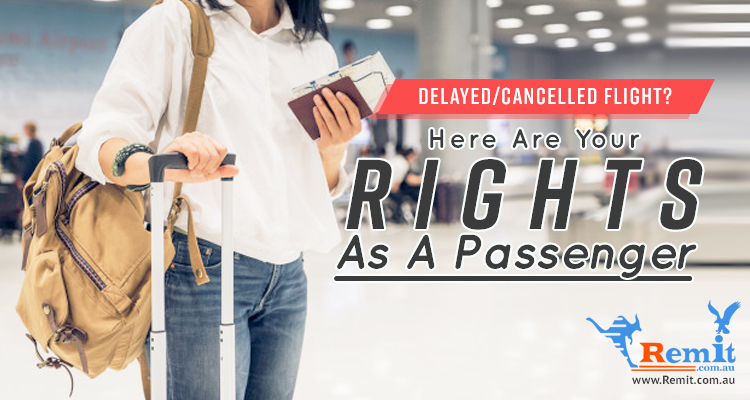 Delayed/Cancelled Flight? Here Are Your Rights As A Passenger

Last Thursday, Xiamen Airlines Flight MF8667 crash-landed at the Ninoy Aquino International Airport. The Boeing 737-800 skidded off the runway, its left engine ripped off and other parts of the aircraft ending up scattered all over the space.

Thankfully, none of the 165 passengers were injured and they were able to exit the plane safely alongside the crew. Unfortunately, heavy rains made moving the aircraft even more difficult, and an estimated 165 international and local flights were cancelled throughout Friday and Saturday as a result, thus stranding many passengers for well over 48 hours.

Airport operations have since returned to normal, but everyone who went through the ordeal isn’t likely to forget about it any time soon. Delayed and cancelled flights are a traveler’s nightmare, to be sure, and the Xiamen Airlines debacle proves how it can happen to any of us at any time as well.

Now, our first instinct in such cases might be to panic, which is understandable. What’s important, however, is what we would do next, and to figure out your next move, should you ever find yourself in this situation, you need to assess your rights as a passenger in case your flight is delayed or cancelled, as stated by the Department of Transportation and Communications – Department of Trade and Industry’s Air Passenger Bill of Rights:

1. Passengers are entitled to refreshments and/or meals, free phone calls, text messages, or email services, and first aid treatment if their flight’s estimated time of departure has been delayed by at least three hours.

2. Delayed flights can also be considered cancelled for the purpose of availing passenger rights and amenities provided for in the case of an actual cancellation. Amenities, in this case, can pertain to meals, refreshments, and accommodations.

3. In case of delay, passengers may rebook or refund the ticket in full. They should also be endorsed to another carrier at no additional cost if they should require it.

4. A passenger would be within his/her rights to board the flight even if it takes place more than six hours after the estimated departure time, provided that s/he has not opted to rebook or refund his/her ticket for such.

5. Passengers who experience tarmac delay, a rather unfortunate scenario where the flight encounters a delay while its passengers are already onboard, can avail of adequate food and beverage.

1. If the cause for the flight cancellation is attributable to the carrier, they are required by law to inform their passengers at least 24 hours beforehand. In this event, passengers may rebook their flight at no extra cost, apply for a full reimbursement (i.e., inclusive of fare value, taxes and surcharges, and other fees), or be endorsed to another carrier without having to pay for price differentials, if any.

2. If the cause for the flight cancellation is attributable to the carrier and was found less than 24 hours prior to the flight’s departure, passengers may rebook their flight at no extra cost, apply for a full reimbursement (i.e., inclusive of fare value, taxes and surcharges, and other fees), or be endorsed to another carrier without having to pay for price differentials, if any. They also have the right to amenities (food and drink, hotel accommodations, etc.) as provided for by the airline.

3. Should the flight be cancelled due to reasons beyond the airline’s control, such as extreme weather conditions, passengers should be reimbursed for the full value of the fare.

Airlines are allowed to overbook their flights by up to 10 percent to offset possible losses from no-show passengers.

We live in an age where travel is no longer the sole preserve of the wealthy. Seat sales and budget airlines have made it possible for us working class folks to take to the skies for an occasional holiday. Then there are our OFW’s who scrimp and save to be able to migrate, and then scrimp and save again so that they can come home for good.

For many of us, getting on a plane is the result of many months of hard work and careful spending. We may have no control over much of the things that can go wrong, but a working knowledge of our rights as passengers can help us make the most of a bad situation so that all our efforts prior won’t go to waste.