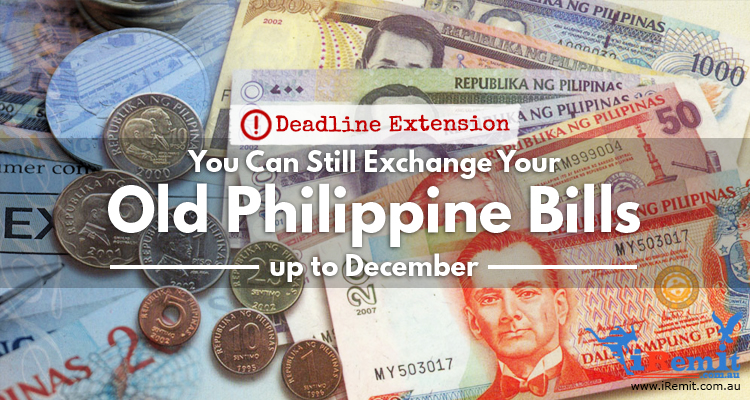 Deadline Extension: You Can Still Exchange Your Old Philippine Bills Up to Dec. 29 This Year

Do you have a couple of old Philippine bills in your house? With the deadline last July 2017, this money is now worthless. So much for putting your savings under the bed.

But we have good news for you! The Bangko Sentral ng Pilipinas (BSP) extended the deadline up to December 29, 2017!

This is effective with BSPs circular 977 titled: “Establishing a New Deadline for the Replacement or Exchange of New Design Series (NDS) Banknotes directly with the Bangko Sentral ng Pilipinas (BSP) at par with New Generation Currency (NGC) banknotes and without charge, until 29 December 2017″

A lot of complaints came from tourists, OFWs, and Filipino Locals (who allegedly bought the bills from money changers abroad). Some claim they had “forgotten” to exchange the bills for new ones. They even have a case where P400,000 worth of bills are left worthless because it was “misplaced”.

For whatever the reason might be (whether true or not), you can now exchange your old NDS notes to BSP offices near you.

The BSP allows the cash exchange of demonetized NDS banknotes to a maximum amount of P100,000 per transaction. Larger amounts are allowed but payable only by check or direct credit to their bank account.

For mutilated bills, they need to paste the bills on paper provided by the BSP.

For Filipinos living or working abroad who had registered up to P50,000, you can still exchange your old bills at any BSP office until Dec. 31, 2017.