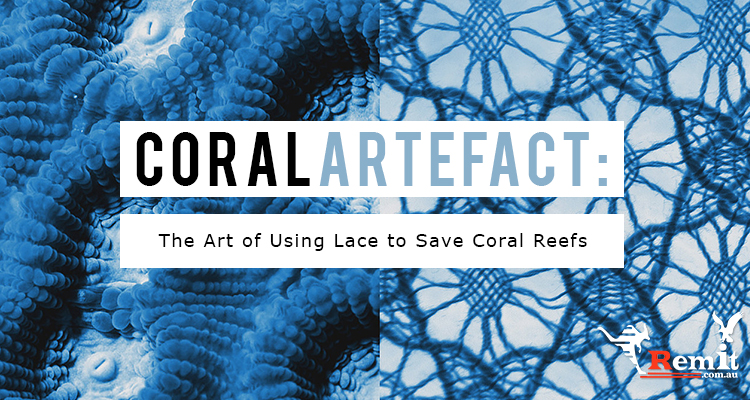 CORAL ARTEFACT: The Art of Using Lace to Save Coral Reefs

Climate change is already here and the weather pattern has changed. It’s too hot, it’s too cold, glaciers are melting, and floods are getting higher.

With the increase of global temperature, the ecosystem is clearly affected and changed. There’s a huge possibility that some species will be forced to move out from their habitats that can lead to extinction.

71% of the Earth’s surface is water-covered and the oceans hold about 96.5% of all Earth’s water. There are 700,000 to one million species that are living in the world’s oceans and 25% of them live in the coral reefs.

Unfortunately, coral reefs are dying around the world. The non-stop coral mining, pollution, overfishing, and of course, global warming has obviously damaged the lives of the coral reefs and all the marine lives. And if we’ll not do anything about it, these lives will disappear for good.

But in 2017, a French guy had discovered the art of saving lives. Exploring the links between art, industry, science, and nature the Coral Artefact Project was born.

Jérémy Gobé is a French artist born in Cambrai in 1986, and now living and working in Paris. Jérémy’s artistic practice reflects a vision of art in life that is connected with society.

Throughout his exhibitions in France (Palais de Tokyo, CENTQUATRE-Paris, etc.) and internationally (Bass Museum, Hangzu China Museum), his artistic approach has become similar to a scientist, who from an experimental protocol, trace the path of discovery.

He creates instinctively hybrid forms, artistic (parasites), and artifacts witnesses of his encounters. His ambition is to move the world by combining inventions of the past and contemporary issues.

THE BIRTH OF CORAL ARTEFACT PROJECT 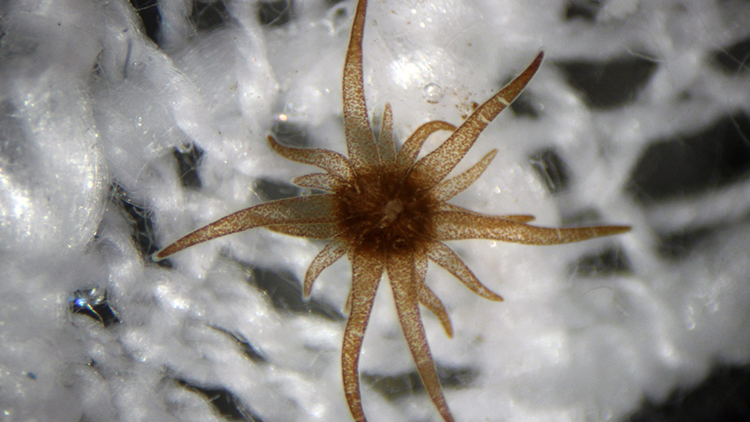 In 2017, as part of the FITE 2018, HS_Projets appealed to Jérémy Gobé for a residence supported by the DRAC Auvergne Rhône-Alpes.

In this event, Jérémy Gobé encountered an innovative company, the Scop Fontanille. A lace factory from Puy-en-Velay restored by the strength of their employees’ conviction and love with their expertise.

While visiting the factory, Jérémy Gobé, whose practice develops around corals that he prolongs, draws and sculpts to bring them back to life has immediately seen the link between these corals and these laces. And that’s the start of his exceptional idea. 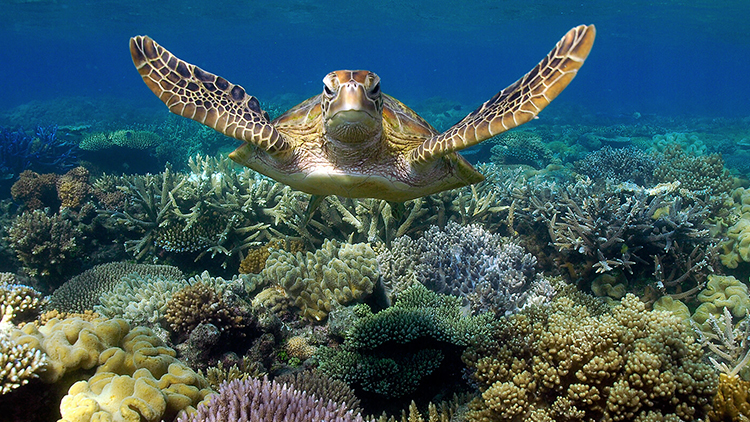 Coral reefs occupy less than 0.2% of the seabed. Yet they run along more than 150,000 km of coastline in over 100 countries and territories.

The largest of these formations is the Great Barrier Reef located at the Australian coast that measures 2,000 km long.

Furthermore, coral reefs form an effective barrier that protects against storms, hurricanes, typhoons and the energy of tsunamis.

It also protects both the ecosystems along with the reef and the coast. Because of coral reefs, the lagoons and their beds of seagrass, as well as human settlements located by the sea are all safe.

And without these protective roles, some countries formed by atolls, such as the Maldives, Kiribati, Tuvalu, and the Marshall Islands, would cease to exist. 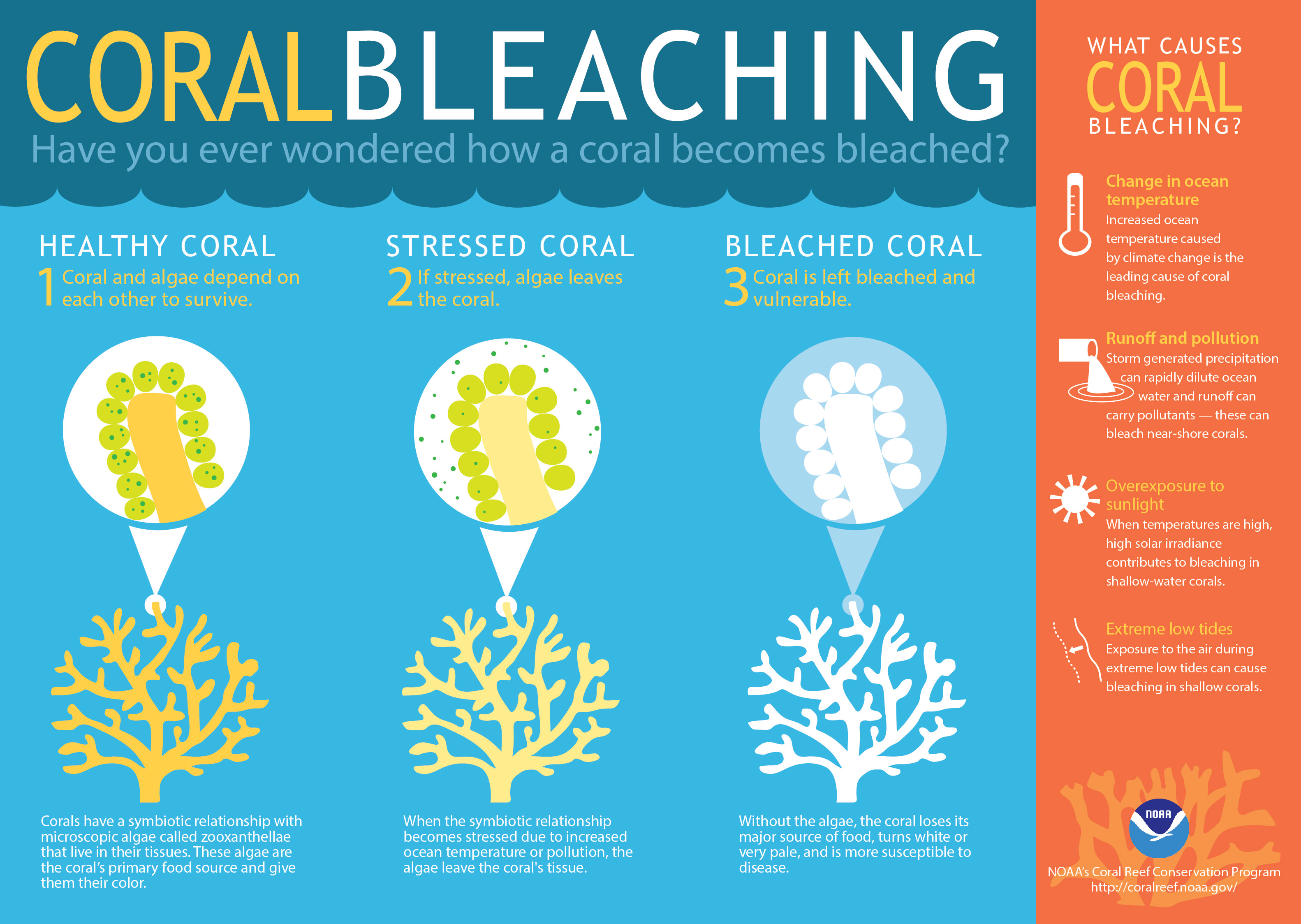 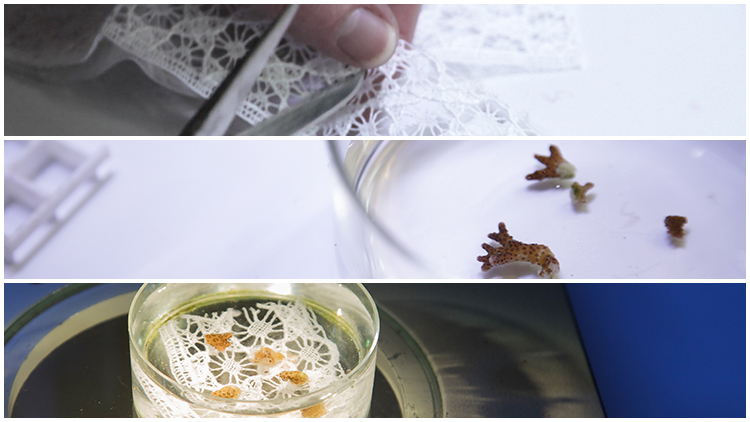 First, the samples of point d’esprit lace were made by Fontanille and tested in compliance with a scientific protocol developed by Isabelle Domart-Coulon (researcher in Marine Biology) and Jérémy Gobé.

The testing took place in the MCAM laboratory at the MNHN and at the Aquarium Tropical in the Palais de la Porte Dorée. The samples were then brought into contact with sea anemones, coral buds, and coral larvae.

All of the anemone polyps attached themselves to the lace in less than 20 minutes.

The researchers have scientifically validated the fact that cotton lace, a vegetable fiber substrate, is compatible with coral and that the results are promising.

Once the Coral Artefact Project achieve its goals, the coral reefs will be able to provide habitats and shelter to every marine organism.

Thanks to coral reefs, the source of nitrogen and other essential nutrients for marine food chains will be back to normal. And the damaging effects of wave action and tropical storms to our coastline will be lessened.

Obviously, we have taken our environment for granted. We have forgotten the fact that the environment provides us everything we need to survive. The only thing that it ever wanted is for us to protect and save it from destruction.

Coral Artefact is taking a huge step in saving our coral reefs, this project may be our only hope in restoring the marine life that we’ve destroyed. Who would have known that the combination of art and science can save lives?

Let us support them in their journey. Help them as they develop the art of using lace to save coral reefs.

Want to know more about their projects? Visit their page, corailartefact.com. You can also participate and be part of the Coral Artefact project by making a donation here.