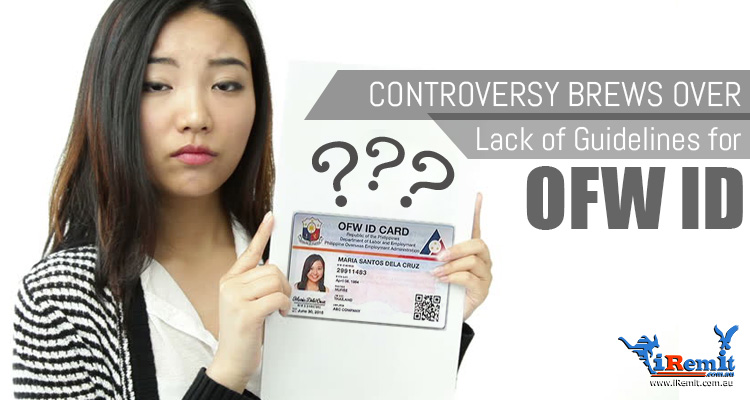 Controversy Brews Over Lack of Guidelines for OFW ID

Last week, we blogged about the soft launch of the Department of Labor and Employment’s (DOLE) highly-anticipated OFW ID. Many overseas Filipino workers (OFW’s) were optimistic about what was being touted as President Rodrigo Duterte’s “best gift” to migrant workers as it was supposed to be a free and benefit-laden replacement for the costly and cumbersome Overseas Employment Certificate (OEC).

The ID was supposedly launched last 12 July 2017, and barely a week later, controversy has set in over the lack of clear guidelines, specifically over whether OFW’s can get it for free or not.

Last Monday, Migrante International, the militant pro-OFW group, rejected the new OFW ID on the grounds that there were no implementing guidelines in place when it was launched. Their spokesperson Arman Hernando referred to the iDOLE as “a haphazard attempt to impress and appease OFW’s in time for Duterte’s second State of the Nation Address (SONA) on 24 July 2017.”

“Unfortunately, it has been exposed as yet another money-making scheme as quickly as it was hastily launched by the government,” he said.

Hernando also questioned the government’s guarantee that OFW’s would get the ID free of charge, saying, “Since when has this stopped them (employers) from passing on the burden to recruitment agencies, and consequently, to OFW’s?”

Saudi-based Filipino community leader John Leonard Monterona appealed via a press release to the DOLE to clarify if the ID really was free of charge. Monterona claimed that he tried to avail of the ID through the iDOLE website, only to discover that there was a Php501 charge for the card and an additional Php200 for shipping.

“Many OFW’s welcome the iDOLE/OFW ID card. But upon knowing now that there will be fees on getting it, then we would probably choose not to avail of the iDOLE OFW ID,” Monterona said in a statement.

In response, the Philippine Overseas Employment Agency (POEA) stated that while the ID system has been launched, they will not be distributed to the OFW’s until the implementing guidelines have been finalized. Once this is done, the agency will make another announcement as to the proper application procedure.

Labor Secretary Silvestre Bello III, on the other hand, insisted that the OFW ID is free, with either the recruiting agency or the employer shouldering the fees for it.

In an interview with TV5 last 17 July, Bello said that the implementing guidelines would be released within one to two weeks, and that the ID’s might be ready for distribution by the first or second week of August.

Plans are also currently underway for DOLE to set up an online system where OFW’s can apply for iDOLE and their employers will be charged the processing and delivery costs for it.

One can only hope that the agency will have ironed out the kinks of the said system before they launch it this time around.