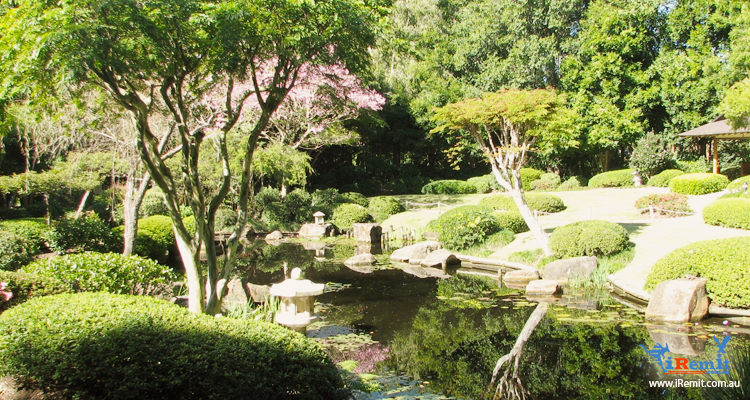 By Serena Estrella in Life in Australia
October 3, 2016

Have the blues got you down? Try a bit of green therapy.

Also called ecotherapy, it’s basically medication for the mind in the form of a walk in the park. Literally.

A walk in the park has been shown to soothe the mind and to change its workings in a way that improves overall mental health. With anxiety and depression being more common among people nowadays (we have the relentless and relatively claustrophobic pace of city living to thank for that), perhaps it’s high time that we go outside into green, natural spaces more often.

Now, what does that have to do with Queensland’s Mount Coot-tha? For starters, the place gives you plenty of room and opportunity for ecotherapy.

At 287 metres above sea level, Mount Coot-tha has the highest peak in Brisbane. It’s one of the city’s top tourist locations and many tour groups feature The Lookout here as one of their stops. While there are a few eateries and even a gift shop here, it’s the view that really gets you. From this vantage point, you can have yourself a 360-degree view of the entire city.

Apart from Mount Coot-tha’s Lookout, there’s also the 1500 hectares of eucalyptus foliage in the mountain’s forest where you can freely indulge any of the following ecotherapy methods:

Here is where you can take that “walk in the park” therapy a mile further. Mount Coot-tha has over 50 kilometres of tracks with different kinds of routes for runners of varying fitness levels. Running amidst the woody smell of gum trees and the scampering wildlife is a refreshing change from the usual concrete-pounding that joggers experience back in the city.

A word of caution, however. Before you hit the tracks, bring along enough water for hydrating yourself with and a map for your chosen route. (You can download those here.) Don’t go running close to dusk too, as some routes take longer to finish than you might think and it’s best to go for a run while the sun’s still up.

The best time to go for a run in these parts would be at sunrise, when the only other living creatures around are the cockatoos and the forest is dappled by the early morning light peeking from the trees. Utter, utter bliss for any mind that is in dire need of some peace and quiet, I reckon.

For some people, a calm walk or run through the forest just won’t cut it. If you are one of them, you may want to try tearing through Mount Coot-tha’s Mountain Biking Trails instead.

With over 12 kilometres of streams, thigh-zapping climbs, and well-maintained water-fill points and toilets, even the most stressed-out city dweller can find solace pedaling their bike through any of the three trails here.

The mountain’s biking circuit is said to be Brisbane’s answer to the fabled Tour de France, and each year thousands of riders take part in the “Coot-tha Challenge.” The twisting slopes of the hill’s 12-kilometre loop climb over 200 metres, and is immensely popular among riders in the area.

During the yearly challenge, the whirring of bicycle gears can be heard all over the trail while various riders try their strength against the slopes from sun-up to sundown. If nothing else, the endeavor helps people forget about their problems for a while, as it’s hard to focus on anything other than getting up and past the slopes on this route.

4. Picnics by the Waterfalls

If you’ve ever stood before a beautiful creek or a waterfall, you would know that there is something inherently soothing about majestic and clear bodies of water. Here at Mount Coot-tha, you will find JC Slaughter Falls and Simpson Falls where you can rest awhile and perhaps enjoy a few nibbles while stretched out on a picnic blanket. It certainly isn’t a bad place to retreat to whenever the world gets a little too overwhelming.

For all of our technological advancements, we still suffer from the effects of not spending as much time outside in the open as the earlier generations did. Fortunately, Australia is a country that values its natural reserves very highly and its citizens can always take refuge in these whenever the need arises.