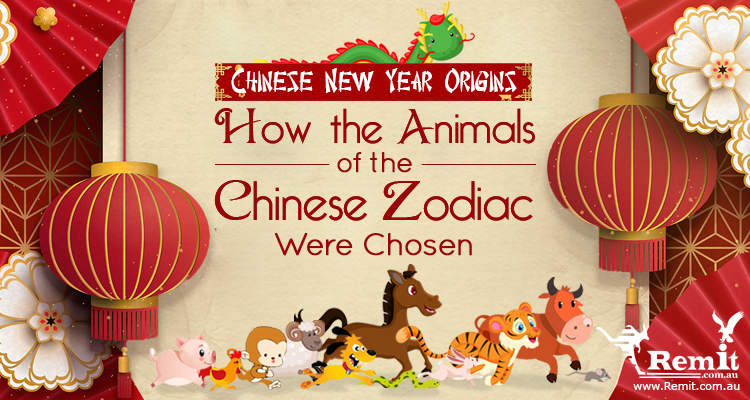 Chinese New Year Origins: How the Animals of the Chinese Zodiac Were Chosen

We Filipinos aren’t strangers to Chinese New Year festivities, but have you ever wondered why each cycle is named after an animal? And out of the millions of animal species on God’s green earth, why were those twelve animals chosen?

Intrigued? You should be. For the origin story of the Chinese Zodiac’s animals sounds like a good bedtime story:

Once upon a time, Buddha decided to hold a grand race. The Enlightened One invited all the animals to participate, but only a dozen showed up.

As a reward, Buddha named each year of the Chinese Zodiac after them, according to the order in which each animal arrived at the finish line.

The Rat and The Ox

According to legend, The Cat invited his friend The Rat to join the race. They agreed to go together, and The Cat asked The Rat to wake him up on the morning of the event.

Unfortunately, The Rat got so excited that he left without his friend. (When The Cat woke up, it was too late. The race was over, so he missed his chance to be a part of the Chinese Zodiac. And since then, cats have always hunted down rats.)

Upon arriving at the race, The Rat saw that he would have to cross a river to get to the finish line. He then saw The Ox, who was supposedly the strongest swimmer. Cunningly, The Rat convinced The Ox to let him ride on his head while he swam across.

The Ox, a kindly animal convinced that such a tiny animal couldn’t possibly outrun him, agreed. As they got closer to the shore, however, The Rat quickly jumped off and raced to the finish line.

Thus, the first year of the Chinese Zodiac was named after the crafty Rat, with the following year being named after The Ox.

The Tiger followed The Ox soon after. While the big cat was quick on his feet, the river’s heavy current kept pushing him downstream when he attempted to cross.

With one mighty push, he managed to get to shore. And thus, The Tiger secured his place in the Chinese Zodiac.

Next came The Rabbit. The furry critter was crossing the river by jumping from stone to stone, but he lost his balance and nearly drowned.

Fortunately, The Rabbit found a floating log he could cling to so he could get ashore. He ended up coming in fourth. 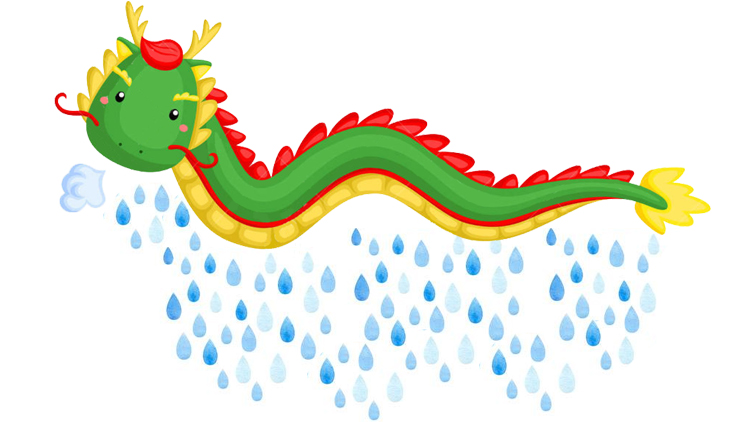 By now, you might be wondering how The Dragon bagged fifth place. I mean, he could have just flown straight to the finish line, right?

The thing is, The Dragon was a bit of a Good Samaritan. Throughout the race, he often slowed down to create rain for all the living things on Earth. He also saved The Rabbit from drowning, huffing and puffing at the log the latter was clinging to until it reached the shore.

And that’s how The Dragon ended up finishing the race behind The Rabbit.

While The Dragon was taking his seat, The Horse came charging in. He nearly made it to sixth place, but he actually came in seventh. 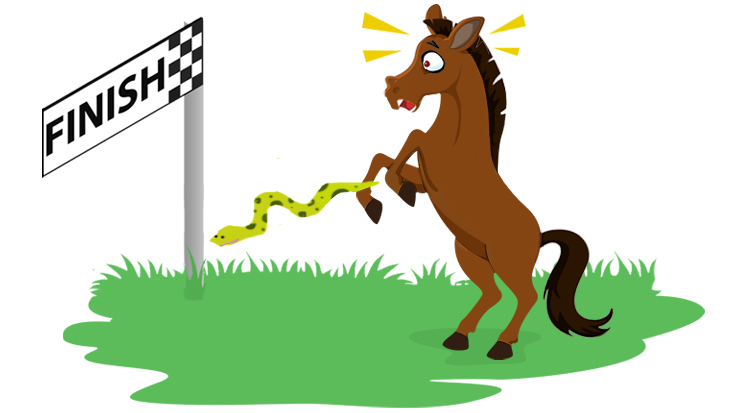 Unbeknownst to The Horse, The Snake was clinging to his leg. When the finish line was in sight, The Snake lunged for it.

Surprised, The Horse fell backward, ending up in the seventh position.

The Goat/Sheep/Ram, Monkey, and Rooster

The next three animals of the Chinese Zodiac made it to the finish line with their combined efforts.

As The Rooster was about to cross the river, he saw The Monkey and The Goat. (In some versions of the legend, The Ram or The Sheep took The Goat’s place.) They joined forces to make a raft.

But because the raft was too small, the trio had to take turns pushing and pulling at it. They did make it to shore in the end, and set off on foot as individuals.

The Goat reached the finish line first, followed by The Monkey, and then The Rooster.

While The Dog was a good swimmer, he came in 11th place. Why? Well, as dog lovers can attest, they’re playful animals. The Dog had such a good time splashing around in the water that most of the other animals overtook him.

Not that he minded or even noticed, I’m sure.

How The Pig Ended Up In Last Place

This year’s celebrant, The Pig, arrived long after the eleven other animals. Buddha was actually about to declare the race over when everyone heard an oink.

Apparently, The Pig got hungry at some point during the race. (Big surprise.) He then decided to stop and eat. True to form, he ate too much, got drowsy, and fell asleep.

How The Pig managed to shake off his food coma in time to become the last animal of the Chinese zodiac, we’ll never know.

Different cultures celebrate milestones in different ways. This often results in different stories and legends that shape how we see the world and each other. May we always bear that in mind as we join our Chinese friends and family in welcoming another year.