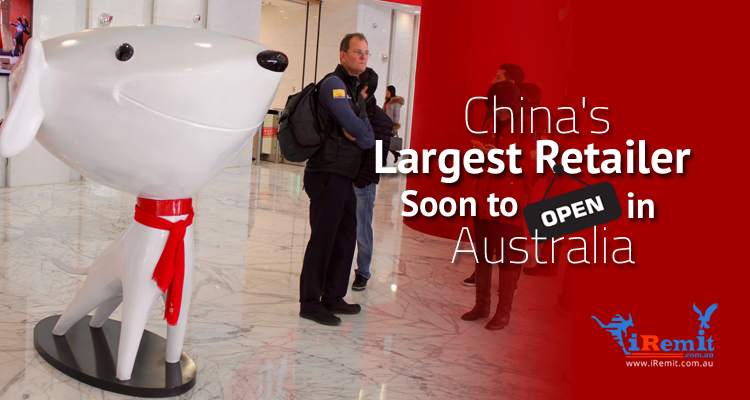 And no, it’s not Alibaba.com.

JD.com, China’s largest retailer by revenue (and rival to the previously mentioned e-commerce giant), is set to expand to Australia. Melbourne’s Collins Street has been chosen as the location for the NASDAQ-listed company’s Australia and New Zealand regional headquarters.

The move is a culmination of the online retailer’s efforts to ramp up its presence Down Under in recent months, which include sending more executives to local events and even hiring a new team exclusively tasked with recruiting Australian brands and suppliers for the website. Interestingly, the announcement was also made less than ten months after Alibaba opened its Australian headquarters, and in Melbourne too, to boot.

“Our customers are demanding more and more high-quality products from Australia and New Zealand, and this move is a major step toward meeting that demand,” JD.com’s Chairman and CEO Richard Liu was quoted saying. “Brands and retailers looking for a trusted partner who will both build their brand, and protect their IP in China now have an easy point of contact in the region.”

Protecting intellectual property has long been a strong suit of the China-based selling platform as it only needs to monitor 140,000 sellers compared to the millions found on Alibaba. The latter had recently come under fire from the sheer volume of counterfeit goods sold on their website, prompting major brands like Gucci and Balenciaga to sue the Chinese retail behemoth.

The lawsuit was eventually dropped and Alibaba formed a partnership with the brands to discourage the sale of fake goods, although JD.com long had preventive measures in place. Feedback from customers were scanned for red flags and the company routinely conducted mystery buying sprees to test the merchandise being sold on their website. Managers and supervisors were also held accountable for any counterfeits products cropping up under their categories, while sellers were penalized accordingly.

Given that Australian products are currently in demand on JD.com’s platform, the company’s stance on counterfeits is bound to be reassuring, especially since much of the clamor is for food, cosmetics, and dairy products from some of the most beloved brands Down Under

Brands, franchisees, and retailers all looking to reach potential customers in China ought to take note.