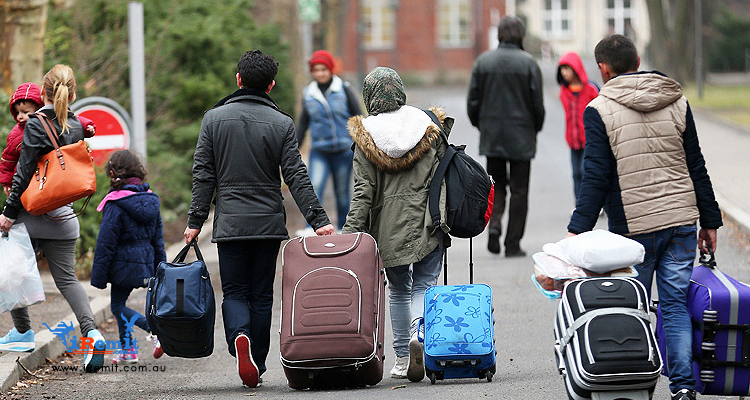 By Anna Agoncillo in Life in Australia
August 31, 2016

Challenges, Penalties, And Options For Illegal Filipino Immigrants In Australia

According to the Migration Trends 2012-2013, more than 62,000 people are living unlawfully in Australia.

Topping the list in 2013 are the Chinese with 7,690 visa overstayers. This is followed by the Malaysians (6,420) and the Americans (5,220). The Filipino cohort that is involved in this controversy may very much account for less than 5.5% of this distribution.

Before anything else, I shall define what “Illegal Immigration” really is. Illegal Immigration is the flight of people across the borders in a way that violates the country of destination’s immigration laws. Under the present Australian legislation, the terminology used to describe the illegal immigrant is “unlawful non-citizen”.

Unlawful non-citizens may have been working under tourist visas, overstaying their temporary visas, or working more than the permitted hours under their student visas. Their activities are limited and restricted. Furthermore, they can be detained or even deported from Australia.

Unlawful non-citizens are vulnerable to exploitation. This is because the employers can threaten to revoke their stay by reporting them to the authorities. A good illustration of this challenge is the Thiess case.

In 2015, the infrastructure giant Thiess Australia was wrapped around a controversy as they employed migrant workers on illegal contracts. 11 of these skilled workers were Filipinos.

Aside from being threatened of deportation for joining unions, these Filipino migrants had to (allegedly) endure being overworked and underpaid. Antonio Enriquez, one of the affected Filipino migrants, once said: “They gave us so many promises [that] we would be made permanent residents but instead of giving us residency, they gave us redundancy.”

Majority of the illegal immigrants in Australia may be subjected to discrimination due to the “low-paying jobs” that they engage in. Given the legal restrictions, they are also robbed of the benefits that a citizen can enjoy. A major benefit that they cannot claim is Medicare.

The Australian government has strict laws against illegal immigration and drugs. Fusing these two together can bring an enormous challenge. Some illegal immigrants have purchased their passage by carrying prohibited drugs across the Australian border.

Filipinos caught in this situation is not entirely unheard of because previous news reports have documented its existence.

There are two main legislations governing the penalties and options for illegal immigrants. These are the Migration Amendment (Reform of Employer Sanctions) Bill 2012 and the Migration Act.

1. Under The Migration Amendment Bill 2012

The Migration Amendment (Reform of Employer Sanctions) Bill 2012 strengthens the laws against unlawful non-citizens. The Bill bestows legal responsibility to the employers as they are tasked to find out whether the people they hire are qualified to work in Australia. Also, it allows the immigration officers to use search warrants against illegal workers.

2. Under The Migration Act

The Divisions 6 and 7 of the Migration Act (Part 2) has the power over illegal immigrants. Unlawful non-citizens who are detained, removed, or deported are liable to pay the expenses of their detention, removal, or deportation.

The Australian court cannot release these detained people unless they are granted with a visa. This is easier said than done as the Migration Act contains distinct restrictions on the applications that the illegal immigrants are able to make. They can either apply for Bridging visas or Substantive visas.

According to the legal firm Beyderwellen & Company, Bridging visa allow the unlawful non-citizen to remain legally in the country while he or she:

a. makes arrangements to leave,

b. applies for a substantive visa, c. awaits the outcome of an application for merits or judicial review, d. seeks the intervention of the Minister to grant them a visa to which they are otherwise not entitled under the Regulations, e. or serves a criminal sentence in an Australian prison.

On the other hand, the application for Substantive visa depends upon the criteria of the subclass that the individual is eligible of. The two most common criteria are under the clauses 3001 and 3002.

Let me conclude this post with a significant statement published by Immigration Minister Peter Dutton.

“If you’re an illegal bikie, if you’re part of an outlaw motorcycle gang involved in organised criminal activity, you’ve just made it to the top of my list.”