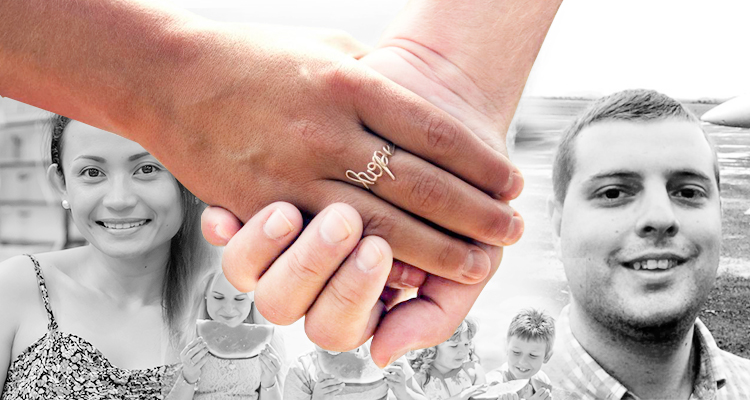 Challenges in Interracial Marriages (And How to Overcome Them)

Interracial marriages or mixed marriages are no longer as unusual as they once were. With the sheer number of people traveling, working, and migrating to different countries, it’s only natural that sparks should fly between people of different ethnicities. And thanks to the wonders of modern technology, namely Skype and Tinder, it doesn’t take long for that spark to turn into something more.

Many Filipino expats who have migrated to Australia are themselves married to Aussie nationals, which is hardly surprising since both groups live and work side by side on this wonderfully diverse continent. (The Filipino reputation for being loyal, affectionate, and hospitable spouses probably factors into this too.)   Still, marriage is no picnic, all the more so with mixed marriages between Filipinos and Australians. Apart from the usual challenges that a typical married couple faces, there are also quite a few additional ones that an interracial couple must grapple with, and these include:

Communicating effectively is a given for any successful marriage. A language barrier exists when neither spouse can speak or at least understand their partner’s native tongue. How can you tell your wife or husband how much you love them or what you need from them if you don’t even know how to ask them about their day?

The only way around this obstacle is to learn your spouse’s language. Study it online. Read a book or a magazine. Watch local TV, even. Practice with your spouse so you can put your new skills into practice and spend quality time together. Once you’ve gotten the hang of things, reverse the process and encourage your spouse to learn your native tongue as well.

Note: We Filipinos are fairly proficient in the English language thanks to our local educational system. However, Australian English has some differences from the American English that we’re used to. Keep conversing with your Aussie spouse so you can understand the local vernacular and its nuances better.

Apart from language barriers, differences in communication styles are the most common issue faced by couples in mixed marriages. Different cultures simply communicate differently. Most Asians, especially Filipinos, were raised in a non-confrontational culture. Australians, by comparison, are more straightforward when they communicate.

The end result is the following scenario: Bothered by an Aussie spouse’s offhand comment about something, a Filipino or Filipina would most likely bottle up their irritation and sulk in silence (tampo, if you will). The former would then repeatedly ask the latter what is wrong, but to no avail. Before you know it, something rather petty blows up into a full-blown row.

How do you deal with different communication styles? Compromise. If you are more reserved than your spouse, work on being a little more vocal about your needs. Don’t expect your partner to read your mind. If you happen to be the more straightforward one, think twice before you speak. Consider what sort of remarks might offend your partner, and rephrase them accordingly, if you need to say them at all.

The Philippines is a predominantly Catholic country, as is Australia, but not quite to the same extent. A good number of Aussies identify as Anglicans or as other Christians.

Fortunately, Catholicism and Anglicanism share certain core beliefs even if their forms of worship may differ. In this case, spouses can choose to convert to their partner’s religion with very little difficulty. Doing so would make it a lot easier for couples to worship and pray together, something that could only be beneficial for those who put their Christian faith at the center of their marriage.

Of course, it’s also possible for both halves of a married couple to refrain from converting and thus continue to worship through the religion of their choice. In case of, say, Filipino Catholics marrying Aussie Anglicans, there shouldn’t be too many obstacles to this option. Except, of course, for the issue discussed in the next item.

Conflicting ideas on how to raise children

Parenting is daunting enough, but a different set of setbacks come with doing so in a mixed marriage. For starters, there’s the language issue. What sort of language should your children be brought up speaking? Should they speak English? Or Filipino?   Many mixed interracial resolve this issue by having the kids speak the native tongue of the country where the family chooses to settle, yet teaching them how to speak their expat parent’s language when at home. Some have their kids speak to each parent in the latter’s mother tongue.

Religion can also be an issue when it comes to raising your kids. If you and your spouse are practicing different religions (e.g., Anglicanism and Catholicism), you can either decide what religion you want your kids to be brought up in, or have them choose for themselves when they come of age. If you choose the latter, prepare to answer a barrage of questions about your respective religions as your kids get older.

Perhaps the trickiest thing about raising kids in a mixed marriage is choosing what cultural traditions to follow. Should your kids observe pagmamano when they get home, or would a simple “Hey, Mum!” suffice? Do they call you “Mum” or “Inay?” At what age should your children be taught to help out with household chores? Will you and your husband shoulder the cost of their college education, or should your kids also chip in by working various part-time jobs?

Always, always communicate with your partner whenever a parenting issue comes up, and remember to keep an open mind during discussions. You may also want to consult with your kids on issues that directly concern them once they are old enough to understand.

The Western notion of what a family usually involves the nuclear family: a father, a mother, and the children. The Asian definition often includes extended family members: grandparents, cousins, siblings, and perhaps even your neighbor’s dog’s second cousin twice removed.

Now, many Westerners welcome the idea of having a bigger family, but they are understandably less enthusiastic about how much some Filipinos depend on their expat kin. Sending money back home for an ailing mother’s medical bills is one thing, but wiring over cash to pay for a niece’s new iPhone 6S (especially when her iPhone 6 is still functioning perfectly well) is another matter entirely.

It would be best if you and your spouse lay down some ground rules about how much financial support you’ll be giving your family back home. Since you both contribute to your joint account, agree on the maximum amount that you can set aside each month for any emergencies that may come up in the Philippines, and stick to it.   If you need to exceed the said amount, talk to your spouse first and work towards a joint decision. Regardless of what that is, take care not to favor your family back home at the expense of your spouse’s trust.

True, a mixed marriage might require more work than your average marriage. On the other hand, it also has the potential to yield more rewards too. Overcoming challenges as a couple strengthens a relationship, and there is plenty of potential for that in any interracial marriage.   These kinds of unions also happen to produce children who, along with embodying the best of both cultures, end up developing the sort of empathy and tolerance that makes such marriages possible in the first place.