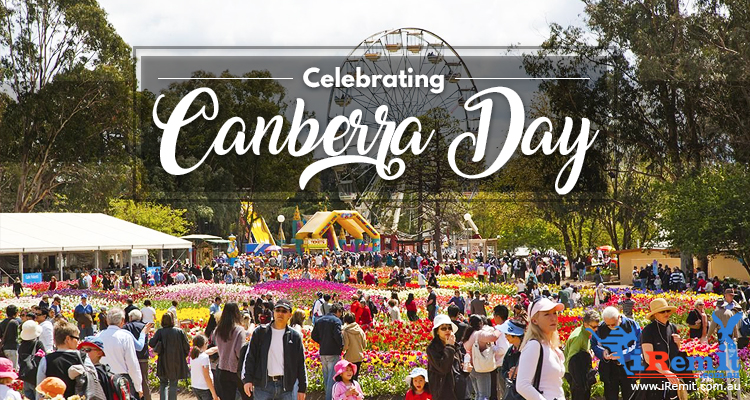 The second Monday of March this year marks the 103rd birthday of our nation’s capital and it is throwing quite a birthday bash to all those who are planning to attend the celebrations.

What exactly are we celebrating?

Canberra belongs to the Australian Capital Territory (ACT) which is surrounded by New South Wales (NSW). It has a total land area of 2,358 km2. Most of the 390,000 residents live in the city. Canberrans experience 4 distinct seasons due to its positiong

Other areas that could have been the country’s capital:

Bombala, Yaas-Canberra, Orange, Albury, Tumut, Cooma and Armidale were in the list submitted by the New South Wales government for possible places to build a capital.

Backtrack a century or so, when Australia became a Federation in 1901, the country did not have a capital. There was no seat of Government and the Commonwealth parliament was found in Melbourne.

Out of all names submitted, only the first three were in the short list.

The place was traditionally home of the Ngunnawal people. As Europeans explored Ngunnawal land, the indigenous population declined.

The Other Translation for “Canberra”

Canberra may also mean “women’s breasts: in Ngunnawal language. Some people think that this translation may be correct if you view Mt. Ainslie and Black Mountain from a certain angle.

Canberra and ACT might be the smallest in size but it is quite difficult to go around on foot as it is not designed that way. Private cars, cabs and ACTION buses are the best way to go around.

If you look around and wonder at the names of the streets and suburbs, most of them are named after politicians and an Aussie legend Dr. Cyril Callister – the inventor of Vegemite.

It is going to be a fun long weekend for the people of Canberra this year. If you want to catch the excitement, you can still visit the capital and enjoy some sights and events.

Special thanks to weekend Notes for the main image.