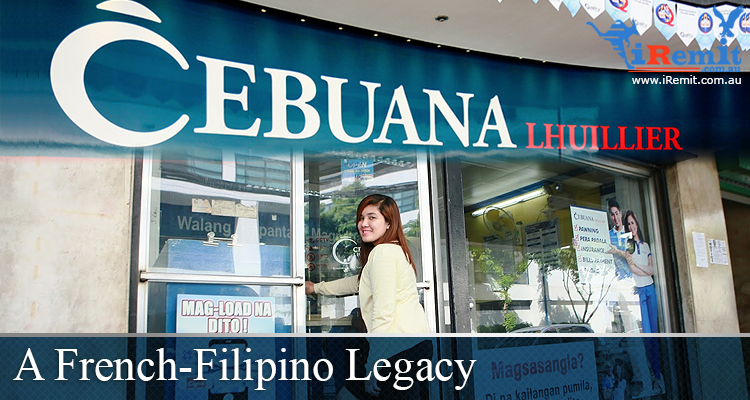 By Serena Estrella in Business and Career
January 30, 2017

With its red, white, and blue color scheme and the distinct half-moon crowning the letter “C” on its signage, Cebuana Lhuillier remittance centers are practically a beacon for people in need of some quick cash.

While it now offers a variety of financial services like bills payment and Pera Padala, it started out as a pawn shop. It all began in 1953, when the enterprising French Consul to the Philippines, Henry Leon Lhuillier, opened his first pawn shop in Cebu. He initially called it “Agencia Cebuana” in honor of his adoptive home.

The then-fledgling company opened up their first branch in Manila sixteen years later, with Lhuillier’s second son Philippe Jones directing its operations on Libertad Street, Pasay. Over the next two decades, the company opened more branches in Metro Manila.

Encouraged by the move’s success, the Lhuillier family expanded more aggressively nationwide in 1987. It was also during this time that the company adopted the trade name “Cebuana Lhuillier,” which it continues to use today.

A little more than a decade later, Philippe Jones Lhuillier was appointed as the Philippine Ambassador to Italy. His son, Jean Henri Lhuillier, succeeded him as Cebuana Lhuillier Pawnshop’s President and Chief Executive Officer in the same year. This marked the beginning of a whole new chapter in both the company and the industry’s history.

For it was Jean Henri who introduced the auxiliary finance services (e.g., remittance pick-up, bills payment, currency exchange, e-loading, and even insurance) that would make Cebuana Lhuillier rise above the average neighborhood pawn shop. The revamped pawn shop also became the first of its kind to offer a membership rewards program for its clients via the 24k card loyalty program in 2010, with over five million (5,000,000) people signing up for it as of 2014.

Because Jean Henri himself is an avid sports enthusiast (Trivia: He’s married to former gymnast and Taekwondo Olympic Bronze Medalist Bea Lucero), the company also supports a lot of programs that aim to develop the youth through sports like tennis, basketball, and softball.

And just in case you’re wondering how to properly pronounce his French last name, it’s “Lool-yey.” Although judging how he and his family have been so invested in this country, the Filipino pronunciation (“Lul-yehr”) is perhaps equally acceptable, no? (At the very least, people won’t give you a confused look when you ask them where the nearest Cebuana Lhuillier branch is if you pronounce it this way.)