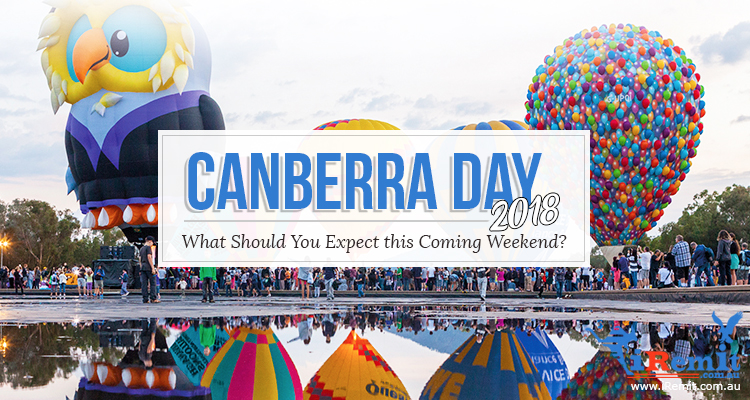 By Leandro Eclipse in Filipinos in Australia
March 9, 2018

Canberra Day 2018: What Should You Expect this Coming Weekend?

Celebrate the founding of Australia’s Capital City this weekend. Get giddy as we party out Canberra’s Birthday anniversary in “Enlighten: Canberra Day”.

Canberra became the capital of Australia. And every second Monday of March, we commemorate it’s naming since 1993. It may have a peculiar history, but it’s a great excuse for a blowout and barbie nonetheless.

Dubbed as “Enlighten“, this year your weekend will be lit with activities you wouldn’t want to miss. These are the top things you SHOULD do this March 9 to March 12.

Check out your favorite places in another light. Multiple illuminations are set up in different locations featuring Australia’s talent, roving artists, and live bands. You would see the transformation of:

The light show starts at 8 PM to Midnight on weekends.

While you’re at it, drop by Enlighten Noodle Market. Savor different delectable dishes from all over the world.

I mean just look at the menu! Who can resist that?!

But remember, bring your credit card as this event is cashless to avoid long lines. You can also bring your doggo too. Munch on!

What’s a Birthday Party without balloons? But for this big celebration, watch the skies as you literally see Hot Air Balloons fly up the air. Keep your focus as you might even see quirkily shaped balloons such as Kerbie the Frog and a colorful hummingbird.

Feel relaxed as you watch with your family alongside the sunrise on the lawns of the Parliament House.

It’s free! Viewing starts at 6:15 AM. If you want to ride one, check out the Enlighten website for more information.

Symphony in the Park

To anticipate the eve of Canberra Day, be enthralled with music as the Canberra Symphony Orchestra with Queen-tribute-band Killer Queen serenade you this Sunday.

Is this the real life? Or it is just fantasy? Sing with the classic Scaramouch Galileo Galileo Figaro. The Rhapsody starts at 7:30 PM. But better be early as the grounds open at 5 PM.

The free treats are overflowing in Commonwealth Park as we now finally celebrate the 105th Birthday of Canberra.

With multiple amusement rides, concerts, and shows, it’s a family’s day out!

So if you’re looking for a worthwhile activity with your family and friends, head out and celebrate Canberra day!

Don’t forget to use #VisitCanberra to have your social posts get featured as well! Have Fun!