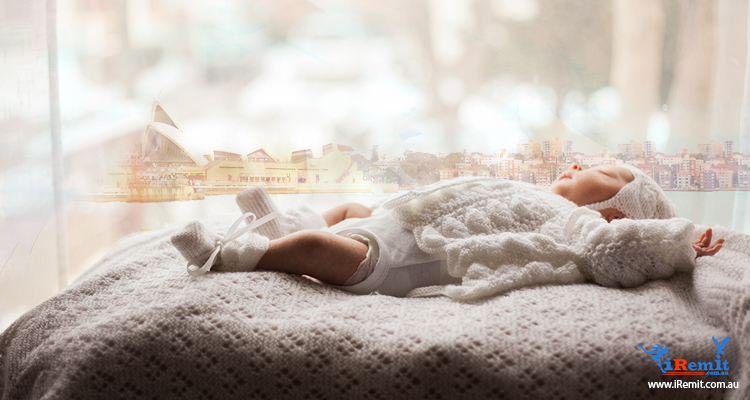 By Serena Estrella in Life in Australia
August 29, 2016

Can You Afford to Give Birth in Australia?

In one of his interviewers, the Philippine King of Soul Janno Gibbs mentioned that he made sure his two daughters were born in Australia. Why? “Kung sakaling masyado nang maging magulo dito (Just in case things get too messed up here in the Philippines),” he reportedly said.

Nationalism aside, some Filipino parents find it practical to have their children born in prosperous first-world countries. During the time of the said interview, then-President Joseph Estrada was facing an impeachment trial, and the economy was at an all-time low because of the resulting uncertainty. In moments like these, having a plan B such as migrating to a more stable country would definitely come in handy, more so if you were already a citizen of such.

And now, given the controversies surrounding our country’s new president, it’s only natural that some would-be parents might want to take a leaf out of Janno Gibbs’ book. Whatever your reasons, there is one other thing you need to consider: how much it would cost to give birth in Australia.

If you opt for public care, your expenses could be next to nothing: giving birth as a public patient in a public hospital is free.

So, who is eligible for this? Those enrolled in Medicare are, particularly those who entrust the medical care for their entire pregnancy to a public maternity hospital. In this case, the hospital covers all the mainstream medical costs involved, including but not limited to prenatal check-ups, ultrasounds, and even birth education classes.

Being a fully public patient, however, also means that your obstetrician should be practicing in a public hospital too. If you are enrolled in Medicare but are adamant about being attended by an obstetrician from a private hospital, you would need to shell out for your physician’s fee (around AU$2,000- 6,000, depending on the OB), provided that you will be giving birth in a public hospital.

Now, costs will only skyrocket if you are still waiting for permanent residency status or if you opt to have a baby in a private hospital. (In the former’s case, you can’t be a public patient since you aren’t covered by Medicare yet.)

The average cost of a fully-private birthing is currently at AU$8,500, and that figure doesn’t even include a private obstetrician’s fees, with some of the best ones charging a whopping AU$10,000 per birth. When you factor in other charges such as blood tests and prenatal scans that aren’t part of a private hospital’s amenities (rooms, IV’s, etc.), that could easily push the total past AU$20,000.

And if your wife will need to have a C-section, it’ll cost you guys extra, for sure. Private hospitals often have varying rates, so you may want to call up a few to canvas for quotations.

Still, opting for private care has its upsides too. Seeing a private obstetrician would mean that you get to choose the physician who will attend you throughout your pregnancy, labor, delivery, and postnatal stages (this is not always possible if you opt for public care). Giving birth at a private hospital may also translate to having your own room to recuperate in after the procedure.

Ultimately, whether or not you can afford to give birth in Australia pretty much depends on whether you are eligible to be a public patient or have a bank balance like the Philippine King of Soul’s during his prime (and can thus shoulder the costs of private care). However, giving birth in Australia could mean that you get to be by your wife’s side when the baby comes (not to mention the benefits of Australian citizenship for the child), so it can be argued that the advantages would far outweigh the costs any day.