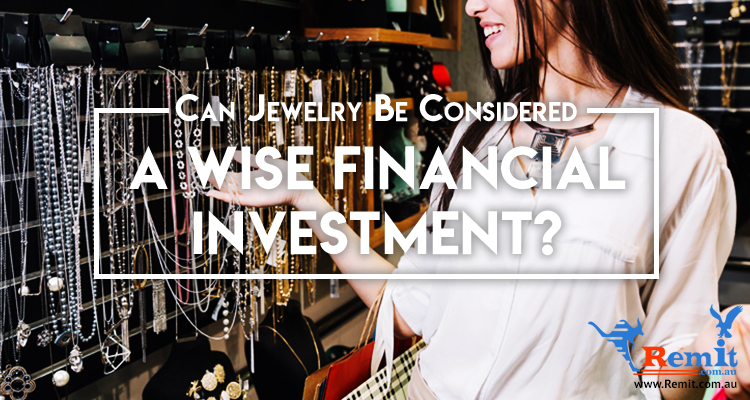 Can Jewelry Be Considered a Wise Financial Investment?

During the glory days of European royalty, kings lavished unspeakable treasures of all sorts on their titular mistresses. However, since a royal mistress could be dismissed upon a monarch’s whim, these ladies would often start saving up for their retirement or fall from grace (whichever came first) almost as soon as they were appointed.

Of course, many of them preferred priceless gems and gold, but it wasn’t just because these baubles enhanced their beauty (or filled in for a lack thereof).

You see, in an age where plagues and invading foreign armies could descend upon a royal palace at any moment, jewels could easily be stuffed into pillowcases or hidden away in the linings of one’s gowns should one need to make a hasty getaway. Noble titles and grand estates, of course, couldn’t be transported or liquidated as easily. In many ways, jewelry served as many an aristocrat’s emergency fund in those days.

Let’s fast forward to about three or four centuries later. Today, we still have royal families all over the world, and mistresses haven’t exactly disappeared from society. We can probably also bet that the former still give jewelry to the latter, but would it still be accurate to claim that such gifts provide the same financial surety that they did hundreds of years ago, even for us non-royals and/or non-mistresses?

Investing in Jewelry: Is It Worth It? 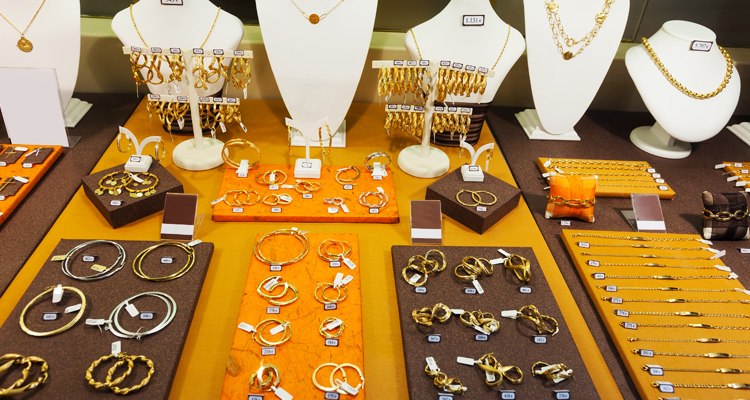 On the plus side, jewelry can appreciate as an asset. The value of gold and of precious stones like diamonds do increase over time, and additional value is ascribed to certain pieces if their previous owners had social prestige. A baroque pearl and diamond brooch that once belonged to Wallis Simpson (the woman notorious for enchanting an English king so much that he abdicated just to marry her), for instance, was auctioned off for USD88,000 (PHP4,773,560 or AU$124,696) back in 1987.

Unfortunately, jewelry prices can be quite subjective. How many of us here can claim to be celebrities, royalty, or ex-paramours of kings, after all?

Furthermore, the value of precious metals and gems are incredibly volatile. While a hundred-year long study of the price of gold on the Dow Jones Industrial Average shows an upward trend, it also reveals that it tends to go up and down more frequently and more drastically than the stock market, which can be quite nerve-wracking for long-term investors.

Also, most people who do buy jewelry rarely ever do so with the intention of selling them off for profit; the jewels typically go on to adorn someone’s ears, neck, or wrists rather than to bring more money into one’s bank account. This completely goes against the basic definition of what an investment should be: an asset that’s supposed to add to your cash flow.

Jewelry As A Source of Emergency Funds 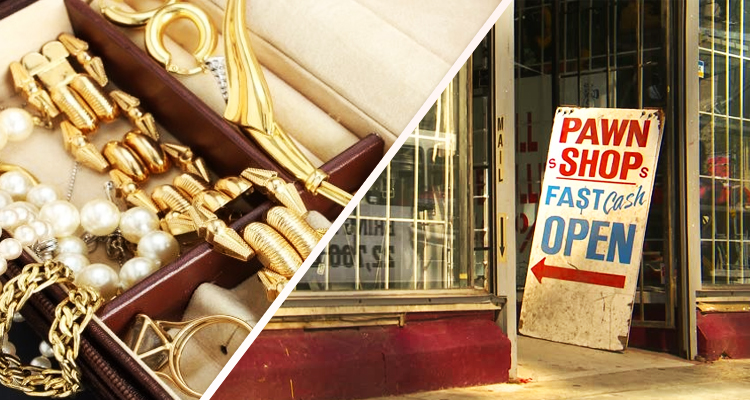 Okay, but what about if you do sell off jewelry in emergency cases? Wouldn’t that put money in your pocket, and thus qualify the bling as an investment?

While you can pawn your jewelry to get a quick cash infusion, pawn shops will only give you 70% of its value in cash. You would also need to pay interest on the money you borrowed in order to get the jewels back. Thus, pawning your jewels isn’t exactly a wise money move as compared to just setting up an emergency fund the old-fashioned way since that gives you 100% of your cash’s value and you would incur no fees or penalties if you needed to use it.

Even if you weren’t sentimentally attached to your jewelry and were willing to sell them off rather than pawn them in an emergency, they still wouldn’t be a viable or even convenient alternative to cold, hard cash tucked away in the bank.

For starters, finding a buyer is challenging. Remember what we said about jewelry prices being subjective? The same goes for personal taste. Your diamond and pearl tiara might be a treasured heirloom, but if most people can’t appreciate its design, you’re not likely to get a lot of bids for it.

Secondly, time isn’t on your side in the event of an emergency. Desperation could thus easily drive you to sell off your jewels at a highly-reduced rate, which wouldn’t give you a good return on investment at all. And that’s IF you do find a buyer in time (see previous paragraph).

In conclusion, there’s nothing wrong with buying jewelry if you have extra money. If you’ve worked hard and want to enjoy the fruits of your labor a bit, then by all means, go ahead and splurge on that diamond tennis bracelet.

Hanging on to an antique pair of humongous emerald drop earrings so they can be passed down from mother to daughter for generations is perfectly fine too, and lends the pieces a touching sentimental value that no amount of money can buy.

Just don’t delude yourself into thinking that jewelry or designer bags are much more stable investments than treasury bonds, time deposits, stocks, or an actual business, no matter what those articles from chi-chi magazines online say.

When all is said and done, jewels are status symbols because they’re supposed to indicate just how much extra cash their owners have. Bear that in mind lest you and your descendants end up being forced to sell off the things you thought you wanted just to be able to afford the things you do need.