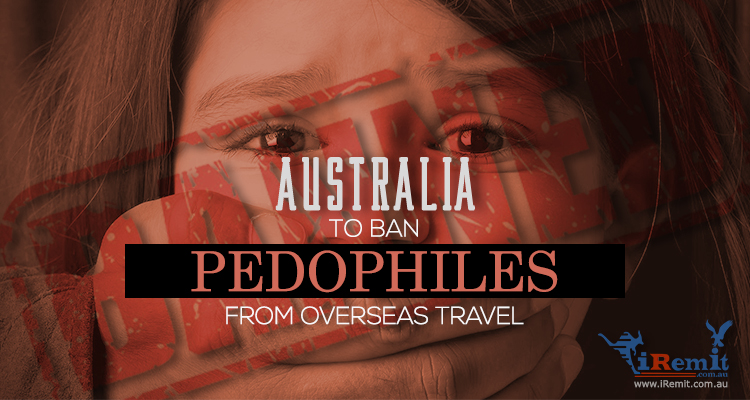 Foreign Minister Julie Bishop is poised to cancel the passports of 20,000 registered child sex offenders, all thanks to a new law that is apparently well underway in Australia.

This world-first move is intended to protect vulnerable children in child sex tourism hot spots, specifically the nearby Southeast Asian and Pacific Island countries. In 2014, 250 Australians on the Australian National Child Offender Register (ANCOR) went to the Philippines alone.

The relative proximity and cheap flights to our country, along with the widespread poverty and unchecked population growth have made it a paradise for pedophiles. The level of development in many rural areas remains depressingly below par, and the greater populace’s resulting lack of access to proper education and resources have resorted in many poverty-stricken families ending up with more children than they can afford to feed or even look after.

Such an environment has led to individuals like Peter Scully to successfully run international pedophile rings that generate profits off livestream videos that feature the rape, torture, and in some cases, the murder of innocent children for years.

The Australian had moved to Cagayan de Oro on the island of Mindanao in 2011 and proceeded to lure in underprivileged children to a dark old house with high walls.

From here, he would charge online customers from all over the world up to AU$10,000 per view of his depraved homemade videos, one of which is the now-notorious “Destruction of Daisy,” which I won’t describe here as its content may be far too disturbing for our readers (and also because merely thinking about it makes me want to hunt down Scully and punch him in the face).

Scully was only arrested by Philippine authorities in 2015, nearly full four years after he started his sick enterprise and God only knows how many children were victimized along the way.

Incidents like this led Independent Senator Derryn Hinch, a former radio personality who was jailed twice for publicly broadcasting the names of pedophiles, to bring up a motion to strip registered child sex offenders of their passports as early as August of last year.

Hinch is currently taking credit for this initiative and is actively involved in the drafting of its legislation, which seeks to impose a lifetime travel ban on 3,200 serious ANCOR-registered offenders. (Less serious offenders would be dropped off the register and be eligible for a passport only after several years of complying with reporting conditions.)

Under the proposed law, permission to travel will only be granted by authorities to pedophiles who need to travel for legitimate reasons, such as leaves for terminal illness or urgent business and family affairs. The same would be granted to those living overseas so that they can be brought back to Australia.

Even then, however, the destination countries will still be informed about such travel plans so that they can choose to either monitor the visiting sex offender closely or deny them entry altogether.