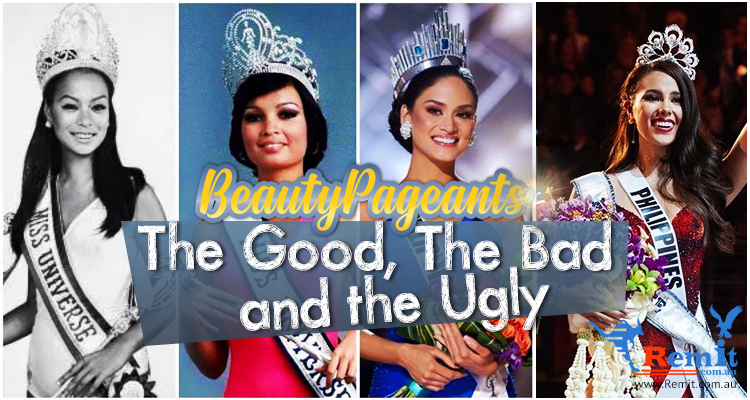 Beauty Pageants: The Good, The Bad, and the Ugly

As of this writing, my feed is exploding with well wishes and emoji’s of the Philippine flag. You’d think the country won a major war by the number of fervent #ProudToBePinoy hashtags coming out of the ether.

You see, this morning, PH time, Catriona Gray nabbed the fourth Ms. Universe crown for the Philippines. Given how her preliminary performances have been proliferating over social media in the past week (Hello, lava walk!) and how it’s only been three years since another Filipina took the title, you can imagine the joyous hysteria that followed.

The Philippines is obsessed with beauty pageants. Our nation’s level of interest in the heady mix of beauty, sex, showbiz, gaiety, and youth inherent in these events has no equal, internationally speaking.

Have you ever wondered why this is so? And should we continue upholding this controversial tradition well into the 21st century? 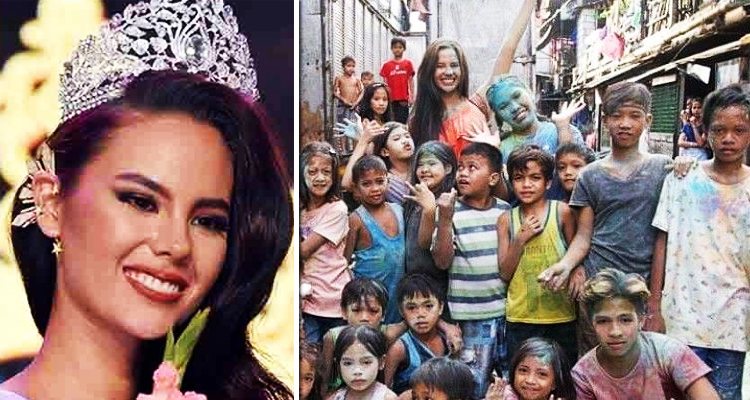 Local newspapers, not to mention your own social media feed, are rife with depressing news. Photos of the corpses of drug addicts (real or perceived), updates on the looming fuel excise tax, and some knuckle-headed politician’s statements justifying whatever wrongdoing s/he’s been caught doing are standard front page fodder.

Hence, a Miss Universe win is not only big news, but is also a much-needed breath of fresh air in times like these. Finally, something the country can be proud of, as many netizens would say.

In a way, these pageants can also serve as a more effective equalizer than our local elections. There are a myriad of beautiful women with humble beginnings who have made it through the doors of the elite classes and carved out happy, secure lives and careers that they otherwise could only dream of, had it not been for their timely participation in key beauty pageants. (Of course, the ways in which this came about are not always so noble or dignified, but let’s save that for the next bit.)

International pageants have also been great showcases for the best talents in Filipino design, with many local designers, dressmakers, and even pageant trainers benefiting from the scrutiny.

Furthermore, the stories of contestants themselves are sometimes nothing short of inspiring. Both Miss Universe 2015 Pia Wurtzbach and the reigning Miss Universe Catriona Gray both experienced crushing disappointment in earlier competitions, yet they clearly had enough grit to use those losses as a stepping stone to their dreams.

Pageant winners are also given a platform with which to draw attention to their chosen causes, be it environmental conservation or, in Ms. Gray’s case, the welfare of Tondo’s underprivileged street children.

Still, there are some who would point out to the seedy underbelly of the pageant world underneath all that glitz and glamour.

Remember what we said about those pageant girls who married up? Well, not all of their knights had shining armor, so to speak. One criticism against beauty pageants is how they are thinly-veiled excuses for ogling and objecting women, and this is often manifested in reprehensible ways.

One former president-turned-mayor whom I won’t name once found himself in hot water when he publicly declared that he wouldn’t mind his wife dying if it meant that he would be free to be with a certain Miss Colombia one year.

And who can forget a certain beauty beauty queen who married an Ilocano politician and ended up jumping to her death to escape the miseries of an allegedly abusive marriage?

It seems that for every shining symbol of female empowerment that triumphs in each pageant, there are dozens more young women in the wings that end up as sitting ducks for predatory rich old men and their procurers.

Ironically, for all that beauty pageants have tried to be more inclusive over the years, they remain partial to a specific kind of look that eludes majority of the women on the planet.

Sure, Miss Spain made history this year by being the first transgender contestant to compete, but the horde of Miss Universe hopefuls still exhibit almost uniform physical attributes, be they cisgender or not: aquiline noses, tiny waists, flawless skin, legs for days, and heights that don’t go under 5’8” in most cases.

Mind you, those traits aren’t exactly typical of average Filipina women, or most of their Southeast Asian sisters, come to think of it. While the Philippines has been celebrating its independence from Western colonizers for over a century now, it appears that we continue to hold ourselves up to their standards of beauty rather than appreciating our own.

Beauty pageants hardly have the monopoly on exploitation. Even seemingly staid environments like the corporate world or the academe have played host to various forms of the practice. Let’s not even discuss the sordid affairs that abound in local politics.

There is real danger in furthering the notion that a woman’s ultimate value lies in her youth and beauty. Let’s face it; lovely as they are to observe and to have, they are not real accomplishments, but rather, by-products of genetics and time.

Whether the following century will usher in another golden age of Filipina participation in international beauty pageants or not, they do teach all of us, male or female, one crucial lesson: beauty is nothing without grace, strength, ambition, and intelligence. Now those are things anyone can develop and be proud of.