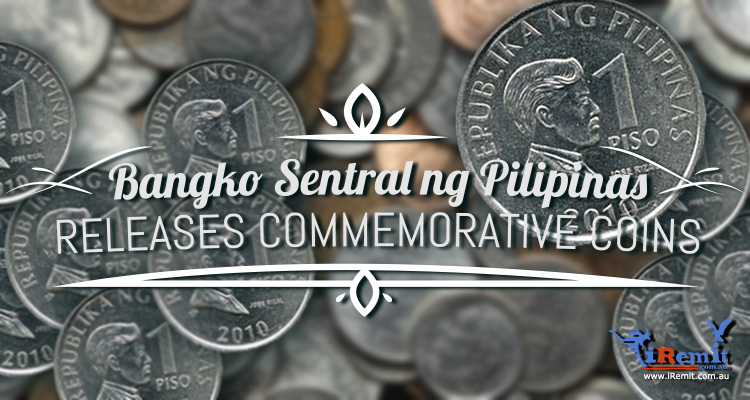 Remember when Php5 was our lowest denomination on paper bills? I was a wee girl when my daily allowance would consist of about four of those green bills with Emilio Aguinaldo’s face on them, and that used to be enough for recess and lunch.

Today, Emilio Aguinaldo is still the face of Php5, but his profile is on a big round coin instead of on a paper bill (and no way is Php20 going to get you through the day anymore, but I digress).

To us Filipinos, coins are literally considered chump change or “barya” since their individual denominations are quite low. We use them to pay for public transport fares and to purchase sundry items at the sari-sari store like mints, individual cigarettes, and if you’re really in a pinch, a sanitary napkin or two. (Don’t ask.)

Once in a while, however, the Bangko Sentral ng Pilipinas (BSP) issues special coins that are worth far more than a couple of Ninoy Aquino bills, at least where collectors are concerned. So far, they’ve released a one-peso coin in honor Jose Rizal’s 100th birthday back in 1961, a Php1,500 coin to commemorate Pope John Paul’s 1980 visit, and a Php500 silver coin featuring Emilio Aguinaldo for 1998’s centennial celebrations.

Last August 24, they announced that they will be releasing limited edition commemorative coins in honor of three historical figures in Philippine history whose 100th or 150th birth anniversaries occurred last year, namely:

One of the founders of the Philippine Historical Association, he aided Filipino and American soldiers fleeing Japanese prison camps.

He was also the first dean of the College of Arts and Sciences at the Ateneo de Manila University and the first Filipino provincial head of the Society of Jesus in the Philippines.

Ricarte, or Vibora (Viper) as he was known, was elected the Captain General at the Tejeros Convention in 1897.

Though he was later banished to Guam during the Filipino-American War, he refused to take the oath of allegiance to the United States.

“Matanglawin,” as he was sometimes called, attained the military governor ranking for Bulacan after he was named brigadier general by former President Emilio Aguinaldo.

Gen. Torres even represented the Palaos Islands (Palua) in the Malolos Congress, but refused a seat in the Bulacan government when the Americans offered it to him.

According to the BSP, the obverse side of each coin will feature the individual portrait of each historical figure, while the reverse side will be inscribed with the Php1 denomination, the monkey-eating eagle’s silhouette, the BSP seal, and the year wherein the coins were minted.

Commemorative coins are usually produced to honor a specific person, place, or event that played a significant part in Philippine history. So, the next time you receive your remittance at the bank or at the payment center, you may want to take a closer look at any coins you get. One of them could be worth a whole lot more in the next few years.