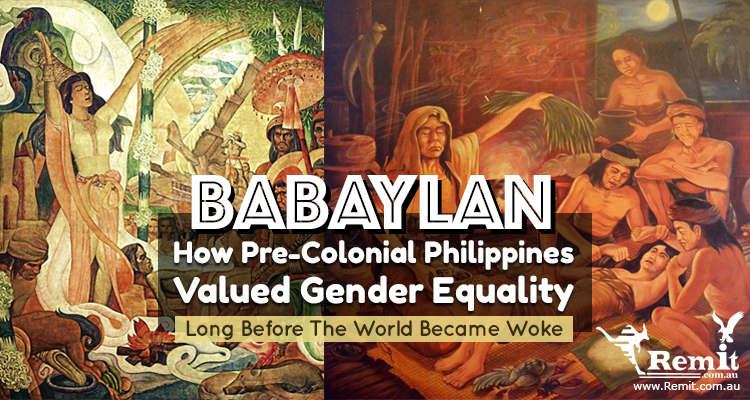 Disclaimer: All opinions expressed herein are solely the writer’s, and do not necessarily represent those of RemitAU, its proprietress, employees, clients, or partners.

Not too long ago, Australia legalized same-sex marriages. More recently, so did Taiwan. The Philippine Congress then launched a poll on their website not long after. While the gap between those against and those in favor is rapidly closing, the former’s arguments have been really disconcerting.

Many have invoked religion as an excuse. There’s the old “God made Adam and Eve, not Adam and Steve” chestnut, though legalized same-sex unions fall solely under the state’s jurisdiction. Plus, our constitution provides for the separation of church and state.

Some are downright sexist. An acquaintance of mine even commented that he was okay with lesbian relationships, but not gay ones because they’re “disgusting.” Ugh.

I’m all for respecting dissenting opinions, but I have very little patience for those formed out of intolerance and willful ignorance. We all have strongly-held beliefs, but we should be ready to put them aside when we’re proven wrong.

And today, we’ll (hopefully) be putting one of them to rest: the assumption that cut-and-dried gender segregation has always been the status quo.

The Datu and The Babaylan: Gender Roles in Pre-Hispanic Philippines

A lot of well-meaning people think that pre-colonial Philippines was gender-less. This is not true.

To understand the early Filipino societies, however, we need to rethink our concept of gender. Religious, patriarchal societies zero in on sexual preference and gender identity. In contrast, pre-colonial societies defined gender roles according to social functions.

Simply put, the early Filipinos sought balance. The “male” powers of differentiation and stability and the “female” powers of integration and transformation were equally important. Moreover, there was no superior gender.

The datu, for instance, could command households that ranged from dozens to thousands, but the Visayan babaylan and the Tagalog catalonan easily rivaled his power and influence. (Some historians don’t even rule out female datu’s, but I digress.) While the datu had arcane knowledge of fearsome dark magic, the babaylans specialized in harnessing power from nature.

So, if the datu could enslave minds, cause intestinal swelling, and inflict instant death with the slightest touch, the babaylans had the ability to negate such magic. Some of their most revered powers also included healing the sick, ensuring a safe pregnancy and childbirth, and presiding over ritual offerings. In addition, they were well-versed in herb lore, brewing potions to heal the sick or to bring down a datu’s enemy.

Furthermore, trans-women shamans weren’t uncommon in pre-colonial Philippines. Sure, the babaylans and catalonans were traditionally female, but they didn’t bar trans-women from joining their ranks. Ergo, there are records of shamans who were born male but identified as female, and their society accepted them as such.

A Clash of Religions: How the Priests Drove Out the Babaylans 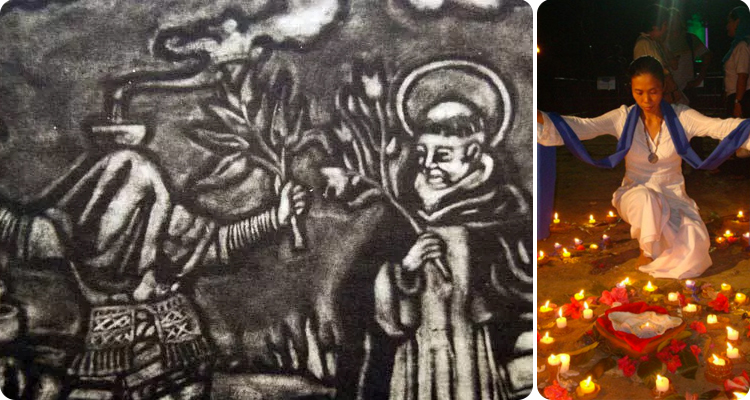 So, what happened between then and now? Well, the Spaniards came.

In their quest for Gold, God, and Glory (not necessarily in that order), they relentlessly destroyed “heathen” practices. Given the church’s patriarchal structure, they targeted the babaylans in particular.

As per Amorsolo and Abinales (2005), the Spaniards didn’t just smash the babaylan’s ritual instruments. They also dragged them through the villages, set fire to them, and made young boys defecate on them. This dishonored the babaylans and rendered them powerless, consequently defiling the ancient religion.

True to form, the babaylans did not take things lying down. After the Spaniards destroyed their sacred paraphernalia, they used Catholic images and rituals as their own anitos and diwatas.

Sadly, the Spanish friars won out in the end. They branded the babaylans as “witches,” deriding their knowledge of healing rituals and herbs as satanic. Thus, pre-colonial Philippine society’s most powerful and revered figures ended up as objects of fear, ridicule, and derision. Driven by the unquenchable thirst for power, the colonizers successfully weaponized the lack of understanding and resulting ignorant disdain.

And if some of the choice social media comments are anything to go by, that smear campaign remains effective to date.

Jose Rizal always said that those who can’t look back on their history will never reach their destination. So, instead of condemning our LGBT brothers and sisters for wanting the same rights that we have, let’s take a moment to recall when such an outcome was already a given.