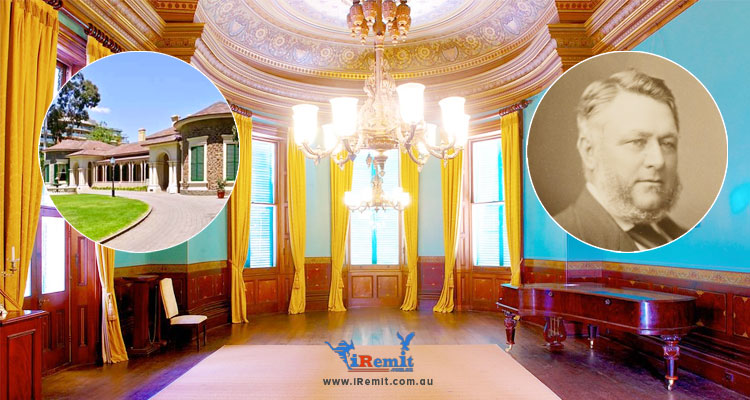 The word “museum” doesn’t always inspire excitement among many people. Such a phrase often brings to mind dull, plodding field trips through equally dull and plodding exhibits that students often have to write dull, plodding reports on later.

So, while everyone might not enjoy a trip to the usual museum, I can’t think of anyone who wouldn’t mind traipsing through the big and beautiful house of one of Australia’s most influential figures (especially if the figure in question lived more than a hundred years ago). If you’ve always wanted to see how the other half lived during “the good old days,” the Ayers Historic House Museum is just the ticket.

Now, what makes this museum different from the typical ones you visited on school trips? Read on and find out.

For starters, someone actually lived here. His name was Sir Henry Ayers and his story is very much a rags-to-riches one. Born in Victorian Era England, young Henry came to Australia with nothing but a little schooling.

Through sheer hard work, he somehow managed to rise to greatness and become the Premier of South Australia no less than seven times. After he made his fortune, he bought a nine-roomed brick house and had the finest architects and craftsmen at the time build it into the massive, forty-roomed mansion that it is today.

There’s no denying that Ayers House is certainly beautiful. Minimalist might be the theme du jour even in the most luxurious homes today, but things were done very differently when this historic mansion was being built.

There are about three levels in this house (basement, ground floor, and first floor), and each level has a wealth of antique furniture and silver, as well as a variety of Victorian Era costumes and paintings. Ayers House’s rooms are also anything but boring: the original hand stenciling from 1876 still figures in each of them, and the Lyon and Cottier-designed dining room features the most exquisite hand-painted ceiling in the country.

Because Ayers House is the last surviving mansion of its kind on the North Terrace, stepping through its doors feels a lot like going back in time. For the full time-traveling experience, the After Dark tour is highly recommended. It’s basically a one-hour tour that starts around 6:30 pm on selected dates, and you will be taken through the house by three guides dressed up as Sir Henry Ayers’ butler, housekeeper, and cook.

The year is 1876, and the Master and Lady of the House are both out for the evening, so their trusted servants will show you how this household prepares for a grand State Dinner. Only twenty people are allowed on this tour at any one time, so it would be best to book ahead.

Occasionally, the house serves as a venue for some pretty interesting traveling exhibits too. Up until February 14 of this year, an exhibit featuring the glamorous 1920’s-style fashion of the hit TV series Miss Fisher’s Murder Mysteries was on display. Put together by the acclaimed costumer Marion Boyce, the exhibit had many fashionistas and TV series fans alike gasping over the uniquely beautiful pieces.

Lastly, if you’re the sort who gets peckish after a day of walking through a large museum, you’ll be pleased to know that high tea at Ayers House lives up to the sumptuous standards of its surroundings.

Feast on savories like dainty smoked salmon, egg, and ham sandwiches as you polish off a perfectly-brewed cup of delicately-scented Earl Grey tea. Finish off with homemade scones smothered in double cream and lemon curd or jam along with some wonderfully decadent eclairs.