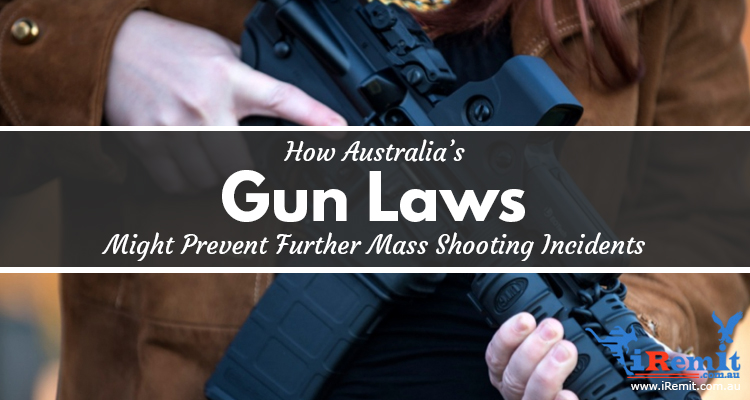 The United States has yet again experienced a tragic incident a few day ago. In Marjory Stoneman Douglas High School (Parkland, Florida), 17 students and teachers were killed last February 14 from a shooting incident.

Nikolas Cruz (19 years old), a former HS student from the High School open-fired the school grounds with an AR-15 assault weapon. This was just one of his purchases (10 rifles) traced as of the moment.

And he bought all of this legally. According to Federal Law, it is legal to buy semi-automatic rifles at age 18 assuming you pass the background checks. Ironically, it is even easier to buy this deadlier assault rifle rather than purchasing a handgun. Buying beer has an even higher age threshold.

Some may argue that a responsible gun holder would not have caused this. But Nikolas has shown violence and mental instability at home. Without public records and infractions, who would’ve have known?

It is fine to have this condition as it can be treated. But with the accessibility of guns, this tendency would’ve not cost 17 innocent lives.

Australia has a fair share of fatal shooting incidents. In April 1996, Martin Bryant (28 years old at that time) killed 35 people and injured 23 using a semi-automatic weapon in a tourist attraction in Tasmania.

Dubbed as the Martin Bryan Port Arthur Massacre, Martin Bryant shot these people probably out of loneliness and depression. He was constantly bullied as a child. And his bizarre actions as a grown up led people to keep their distance even abroad.

He was fed up and rampaged.

The Start of Reform

This has to stop. To solve this, did Australia equip their citizens and teachers more guns like what President Donald Trump suggested? Far from it.

After the capture of Martin Bryant, in just 12 days, Prime Minister John Howard mobilized all states to agree upon a solution to this glaring problem. On May 10, new gun laws were introduced.

Australia banned the sale, ownership, and importation of semi-automatic rifles and other military-style weapons for civilians.

For those who already have one, the government introduced a generous buyback program funded by a Medicare tax to purchase these on-hand weapons, whether registered or not. And many Australians actually did.

After years passed the law was implemented, there had been no mass killing in Australia involving a rifle for the past 22 years.

If it were an AR-15, the death toll would have probably shot up. Not to mention, laws were subsequently passed to regulate the use of these pistols.

Gun violence went to an all-time low of 1 killing per 100,000 people in 2014. Knives are the most common weapons followed by guns with just 32 people killed.

Gun suicides also decreased just because there are no guns readily available. Considering this suicide method has one of the highest fatality rates, this restrictive law certainly saves more lives every year.

It depends on your country whether the public is ready for such law. If this is to be implemented, the population should really want this change.

But one thing is for certain. If the equipment to conduct these horrifying acts is taken away, chances for survival will surely be far better.