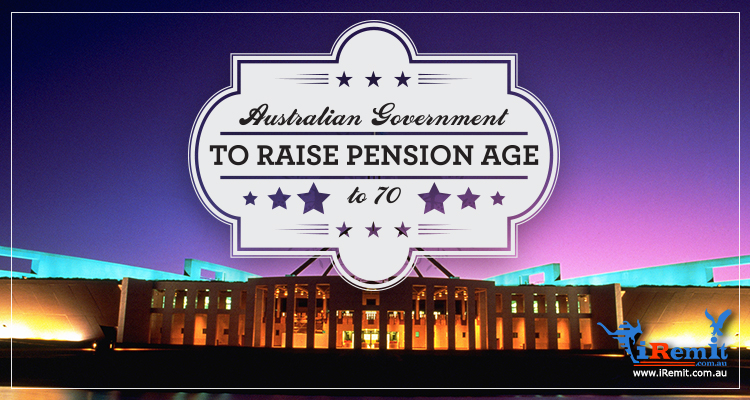 Having survived all the way to that age usually means that one has led a full life. By the time you hit 60, you’ve probably reached the pinnacle of your career, raised a family, and are perhaps on your way to writing your memoirs or even setting up a foundation.

Another thing to look forward to once you officially become a senior citizen is getting your pension, but it seems that the Australian government now has other plans.

Because of the upsurge in life expectancy, the Turnbull administration is proposing to gradually increase the age eligibility for pensions from 67 to 70 years by the year 2035. The said age eligibility was designed to go up in six month increments every two years from 2023. From then, it will climb every six months from 2025 to 2029 until it finally hits 70.

This measure was first proposed in 2014 under Tony Abbott and is due to take effect next month, on 1 July 2017 to be exact. Hence, those born on or after 1 July 1952 will have to be at least 65 years and 6 months old starting next month to be able to claim their retirement benefits.

Social Services Minister Christian Porter mentioned that such changes were wrought to address the sustainability of the pension system. The Telegraph quoted him saying, “It remains government policy to increase the pension age to 70…to ensure that our pension system is sustainable for future generations.”

Without the policy change, the age pension is projected to cost taxpayers as much as AU$72.3 billion in 2023 or 2024. Furthermore, the 65 and above population is poised to be 8.9 million in number by 2054 or 2055, totaling 1/5th of the population and potentially imposing an enormous strain on the taxpayers.

Not everyone is so thrilled with the new age requirement, however.

She pointed out that it would be unreasonable to expect manual workers like miners, farmers, and nurses to keep working until they’re 70 due to the strenuous nature of their jobs and the frailties brought about by the aging process.

Sandra Buckley, chief executive of Women in Superannuation, on the other hand, brought up how the female half of the population would get the shorter end of the stick. Because of the gender pay gap, the resulting new age eligibility requirement would make it especially hard for women to make ends meet in their twilight years.

Should the aforementioned opposition have no effect on this measure being passed, Australia will have the highest pension age among the world’s developed countries.