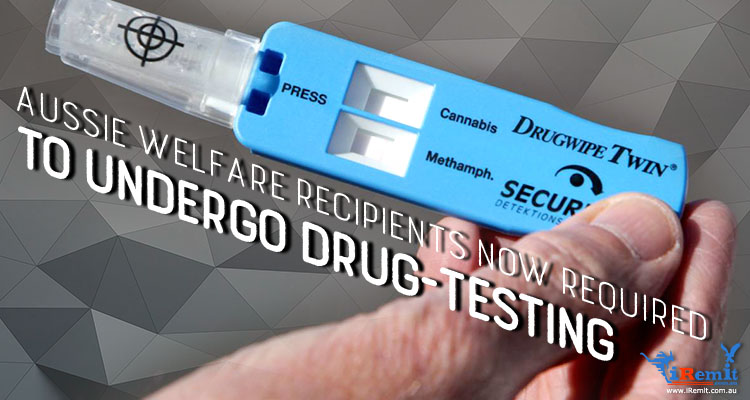 It seems like the Philippines isn’t the only country in the world where the government’s approach to drugs has been stirring up controversy.

As it turns out, Australia has the highest proportion of ecstasy users worldwide and ranks third and fourth for methamphetamine and cocaine usage, respectively. Last Thursday, the Australian government dropped a bombshell when it announced that it would push through with imposing random drug-testing on its welfare recipients.

“One in 13 people in places in Australia are taking ice as a drug,” Minister for Social Services Christian Porter told A Current Affair, “The usage amongst the unemployed is 2.4 times higher than for Australians with a job. These drugs are known to create significant personal problems and create deep barriers to employment.”

According to Treasurer Scott Morrison, the federal government will be examining the wastewater in certain areas to better target areas where the first rounds of drug testing will be held. 5,000 of Newstart and Youth Allowance’s current recipients will be compelled to take part. They will be tested for ecstasy, marijuana, and methamphetamines, including ice.

Those who test positive will have their regular payments locked on to a cashless card that can be used to purchase essentials at partner establishments, so as to prevent them from using their cash benefits to purchase more drugs. The proposed policies to target and penalize Centrelink recipients on drugs and alcohol will supposedly save the government AU$632 million in welfare payments.

Not everyone agrees with this motion, however.

A position paper from the Australian National Council on Drugs concluded that mandatory drug testing on welfare recipients would not only be futile, but would also incur high economic and social costs. It also pointed out ethical and legal issues shadowing the policy, and claimed that it could have unintended adverse outcomes.

Drug support worker Chris Gough echoed the ANCD’s stand on the matter. He reiterated that punitive approaches to drug addiction had repeatedly been proven useless in the past (in the United States, for instance, as few as 0.01 percent of those tested in several states actually returned positive drug tests). Gough also highlighted the lack of resources for state-sponsored drug treatment and rehabilitation services, stating that the government’s attempts to force people into rehab would fail unless such was addressed properly.

The state of Victoria has even gone so far as to condemn the federal government’s decision to push through with mandatory drug-testing and has called on the Members of Parliament in Canberra to vote down the legislation.

“We won’t demonise people here in Victoria, and we will continue to roll out our record investment to give people a home and support they need to get back on their feet.” Martin Foley, Victoria’s Mental Health Minister, was quoted saying as of this writing.

Since the legislation for mandatory drug-testing is set to take effect over the next two years, only time will tell which side of this debate will actually prevail in the fight against drugs.