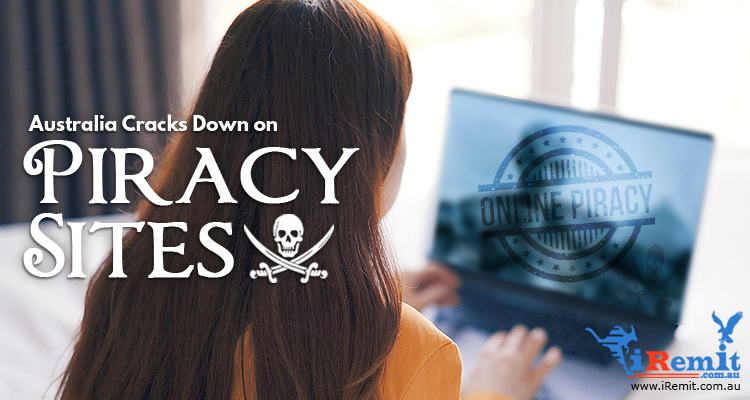 Do you get your Game of Thrones fix via downloading or streaming episodes online? Don’t worry, I do too. I’m betting that 99.7658% of the Filipino population following the cult fantasy show also does the same. After all, it is the fastest way to find out what happens to our favorite Targaryen queen after all those cliffhangers. (NOOOOOOO!!! VISERION!!!!!!)

If you live in Australia, on the other hand, you might have a tougher time catching up with the rest of the world when the season finale is released this Sunday. Strangely enough, the world’s most pirated show had something to do with it.

Less than a week ago, Australian courts ordered the country’s internet providers to block more than 50 pirate websites. This was in response to two suits filed separately by Roadshow Films, an Australian movie producer company, and Foxtel, the News Corp-owned exclusive distributor of HBO’s “Game of Thrones,” specifically to that end.

Australian ISP’s like Telstra, Optus, TPG, and M2, as well as their subsidiaries, were given 15 days from the court’s decision on 18 August 2017 to disable access to online locations found to have been engaging in or facilitating copyright infringement, such as KissCartoon, WatchFree, 123Movies, MegaShare, Putlocker, EZTV, Yify Torrent, Rarbg, and of course, the ever-redoubtable Pirate Bay.

Blocking a website costs each provider about A$50 each, and the film studios are said to bear the cost for the blocks to be put in place.

Creative Content Australia, which recently launched a campaign to highlight the devastating financial impact of piracy on the film and television industry, welcomed the court decision. The said industry has long argued that far from being a victimless crime, online piracy has actually prevented the creators of original content from fully recouping their financial investment, thus leading many creatives to lose potential jobs and revenues.

CCA’s recent campaign also sought to raise awareness about the security risks that are inherent in downloading and sharing pirated content. Entitled “The Price of Piracy,” the said campaign zeroed in on how copyright infringing sites were the most common method for propagating malware, malicious software capable of stealing personal information like bank details, credit cards, and passwords.

Australia consistently tops the list of countries notorious for pirating TV shows and films, but this is apparently due to the lengthy delays in episodes or movies airing Down Under after their US release. Let’s face it, does anyone really want to be the only GoT fan this season who hasn’t seen Drogon turn the Lannister infantry into firewood after they sacked Highgarden?

Interestingly, piracy sites aren’t blocked in HBO’s home country. The US-based network has even revealed that pirated Game of Thrones episodes have actually benefitted it, as the traffic led consumers to avail of their HBO Go streaming service. Yet even as content creators and distributors are gradually shifting away from cracking down on piracy in favor of souping up the quality of their paid services, many piracy sites are continually being blocked in Australia, with the total number of blocked sites now at 340.

However, the trouble with shutting down or disabling access to pirate sites is that it can quickly turn into a game of Whack-A-Mole, where a new website springs up as a replacement for every domain blocked. As it stands, film and TV companies can easily add mirror sites to the list of targeted sites, but new injunctions are required for any online locations that may pop up afterwards.

In the meantime, best find another way to see how #Jonerys will fare in next week’s episode, mate.