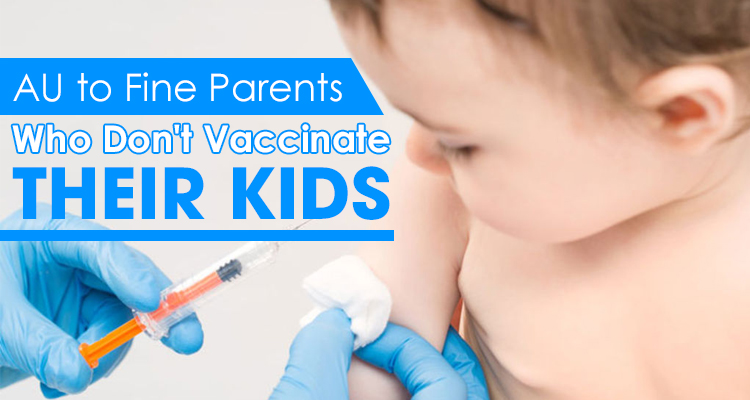 AU to Fine Parents Who Don’t Vaccinate Their Kids

Australia might be known for its tolerance towards more unconventional lifestyle choices, but it makes an exception for anti-vaxxers.

Mandatory vaccination policies actually started back in 2016, when the government launched an initiative withholding end-of-the-year tax benefits from families that refused to vaccinate their children. However, stricter sanctions have been implemented this month after it has been reported that the number of children whose parents have raised “conscientious objections” to immunization has risen from 0.23 percent to 1.77 percent.

As of 1 July, officials have mandated that parents who neglect to keep their children’s immunizations up to date could lose AU$28 per child from their tax benefits every two weeks. The new fortnightly sanction replaces the previous annual one and adds up to roughly the same amount, but was crafted to serve as a more constant reminder.

The move is part of the Australian government’s ongoing clampdown on the anti-vaccination movement. “Immunisation [sic] is the safest way to protect children from vaccine-preventable diseases,” Minister for Social Services Dan Tehan said in a statement,  “Parents who don’t immunise [sic] their children are putting their own kids at risk as well as the children of other people.”

Vaccination policies vary all over the world, especially after concerns have been raised regarding the link between vaccines and autism, albeit the medical study that theorized such has since been discredited and its author struck off the medical register. In the US, for instance, children who don’t receive a mandatory set of immunization shots are not allowed to go to school.

Quite a few Australian states have also adopted similar “no jab, no play” policies, barring unvaccinated children from attending educational and daycare centers. Exemptions are still allowed for those with legitimate medical issues, but the government terminated the same for those who avoid vaccinations on religious, moral, or philosophical grounds back in 2015.

While those who oppose vaccination schemes have quietly been setting up their own social services to get around the new laws, AU’s “no jab, no pay” policies appear to be strong deterrents regardless. In less than two years since these were first enacted, the number of children who have been receiving a complete set of immunization shots have increased by about 246,000.

Now that the new regulations designed to serve as timely reminders are in play, it’s perhaps likely that the aforementioned number could rise further.

Should the government have a say in whether your kids are vaccinated or not? Tell us what you think in the comments below!