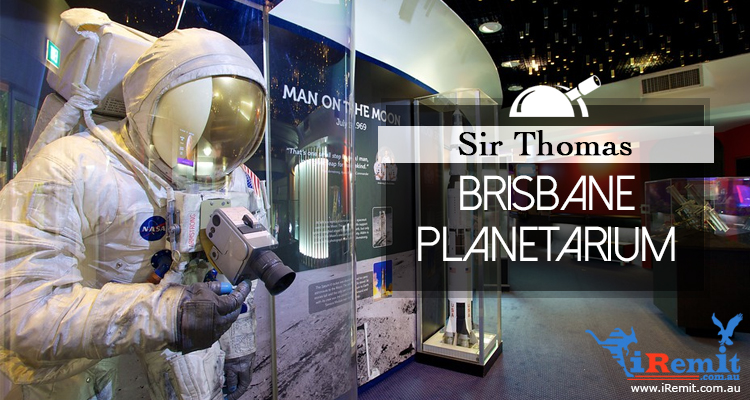 By Serena Estrella in Life in Australia
January 27, 2017

At the Sir Thomas Brisbane Planetarium, the Stars Shine For You (And For All the Other Visitors)

Our article on the 8 attractions you can find in Brisbane’s Botanic City Gardens seems to have left out one other location: the Sir Thomas Brisbane Planetarium.

Named after Thomas Brisbane, a New South Wales governor who served between 1821-1825, the Planetarium was established on the grounds of the Brisbane Botanic Gardens and officially opened on 24 May 1978. As Brisbane was also famed as a Scottish astronomer who established Australia’s first significant observatory in Paramatta, it seemed only fitting that an establishment like this was named in his honor.

Whether you’re an astronomy enthusiast or just a casual visitor, there’s no lack of things here for you to see or do:

There are two areas in the Display Zone:

a.) Foyer. With its asteroid fragments, spacecraft models, and even a replica of Neil Armstrong’s Apollo spacesuit, this area is basically the museum proper of the Planetarium.  The old Zeiss projector, which was installed in 1978 and retired in 2010, is also part of the exhibit here.

b.) Gallery. Astronomy buffs will be intrigued by the images from the Hubble Space Telescope on display here, along with an informative section on the history of astronomy where ancient instruments like astrolabes and stone circles are compared with today’s most cutting-edge telescopes. Best of all, there’s also an interactive feature that allows you to explore the Milky Way and the Moon’s craters.

If you’ve ever wanted to go stargazing or simply want to take a closer look at Brisbane’s night sky, this is the place to be. Here, you can peer through an eyepiece to look up at different star clusters, planets, and the moon, depending on the month and the weather.

Night tours can also be scheduled on selected Saturdays, and ought to be booked in advance. It should also be noted that the observatory is accessed via a steep staircase and is thus not wheelchair-accessible.

This is where mini programs on topics like space missions and basic astronomy concepts are screened regularly. There’s always a new feature on and admission to this area is free, so it’s also a great place to sit if you need to get your bearings.

As its name suggests, this area features a huge sundial made out of concrete, glass, and steel. Sundials were once used to tell time according to the shadow cast by the sun on a cloudless day, and the one here is pretty accurate, give or take about ten minutes.

The courtyard is also a great place to relax in the sunlight and perhaps for a great selfie.

The Skydome is the Planetarium’s piece de resistance: a huge dome that plays host to immersive presentations like “Stars of the Pharaohs,” “Cosmic Collisions,” “Starlight,” and many others. A visit to the Skydome usually concludes with a guided tour of the Brisbane sky, where the astronomer on duty will point out various heavenly bodies that are visible at night.

The new projector that was installed only recently in 2013 is also worth a look for it creates a breathtakingly realistic night sky on the dome’s 12.5 diameter surface.

As a fitting end to your visit, you can pick up a star chart or other souvenirs like spacecraft models, project kits, astronomy books, and novelty items at the gift shop. Teachers will also be delighted to know that they can avail of discounts on educational items being sold here.

The Sir Thomas Brisbane Planetarium is located at Mount Coot Tha Rd, Toowong QLD 4066. It’s closed every Monday and on public holidays like Christmas Day and ANZAC Day, but is open from 10 am – 4 pm on Tuesdays to Fridays, 11 am to 8:15 pm on Saturdays, and 11 am – 4 pm on Sundays.

Bookings are highly recommended and can be made through the Booking Office (07 3403 2578) or through the online enquiry form.