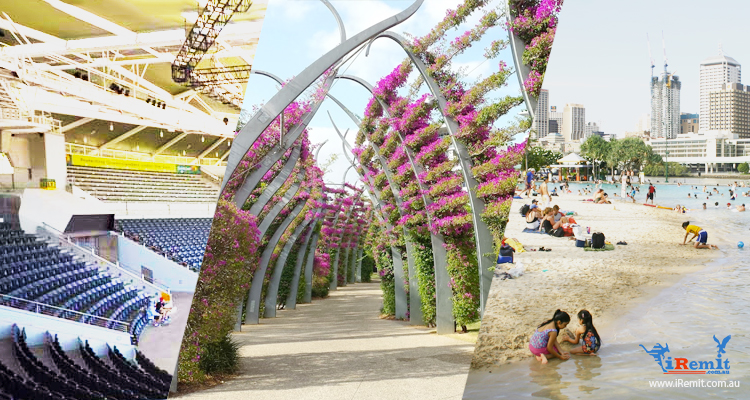 By Serena Estrella in Life in Australia
October 5, 2016

One of my favorite things to do while traveling is to visit a local park. The world’s best cities often have beautiful natural parks that they maintain, and most of them are open to the public the whole year round. You’ll never know what true tranquility is until you’ve spent an afternoon or morning sitting on a bench amidst lush, bountiful trees in a sunlight-dappled park.

I’ve never been to Brisbane, but the South Bank Parklands sure sound like a nice place to relax and regroup after a long day or week of sightseeing. Located on the southern bank of the Brisbane River, this charming expanse is comprised of grassed areas, rainforests, plazas, and the odd body of water or two.

The parklands on the South Bank are more than just a refuge for people who need a place to think (or rather, not to think). They also play host to large-scale events and festivals, and are thus considered an important cultural precinct in the area.

It’s been estimated that about 11,000,000 people visit the South Bank Parklands annually, presumably to enjoy the grounds and attractions like the following:

About 443 steel tendrils make up this walkway, and bountiful bougainvilleas bloom atop them, making a plush, colorful canopy for anyone who wants to walk through it or, I don’t know, have an impromptu prenup photo session.

Who says you can’t have a park and a beach in the same place?

This breathtaking man-made beach is 2,000 square metres of free-form concrete filled with enough chlorinated fresh water to fill over five Olympic-sized swimming pools. 4,000 cubic metres of sand from the Rous Channel in Moreton Bay surrounds the beach, and palm trees, rocky creeks, and other bells and whistles complete this pristine tropical image. Named after Streets Ice Cream, this beach is patrolled year-round by lifeguards, so you can splash about in a worry-free way.

Open-air amphitheaters abound in Australia, and this piazza with its seating capacity of 2,158, is often used for community events.

When there are no happenings in the area, two suspended screens display news or sports throughout the day.

Back when the 1988 World Expo was hosted in Brisbane, lots of international exhibits were built on site, and this pagoda is the only one left from that period.

80 tonnes of indigenous Nepalese timber were crafted by 160 Nepalese families for two years into diverse elements and were then shipped over to Australia in large containers for assembly. The Pagoda has great significance as a heritage, with three levels of handcrafted traditional Nepalese woodwork and even a beautiful teahouse on the second floor

If you’re keen on cutting-edge garments and accessories from independent designers, this monthly market is for you.

Open every first Sunday of the month, it features the works of Brisbane’s most talented young designers.

All that roaming can make you hungry and/or thirsty, so the South Bank Parklands has no shortage of dining establishments. 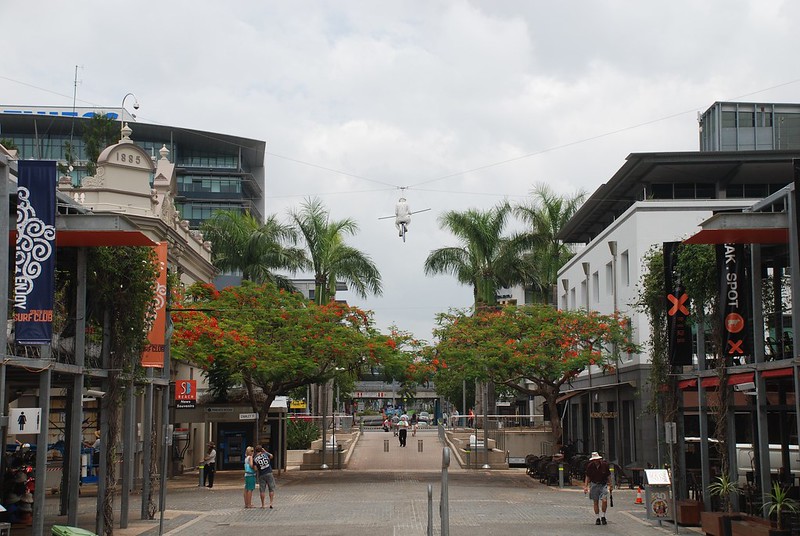 The South Bank Parklands are located on Grey St., Brisbane, and are open everyday from dawn till dusk.