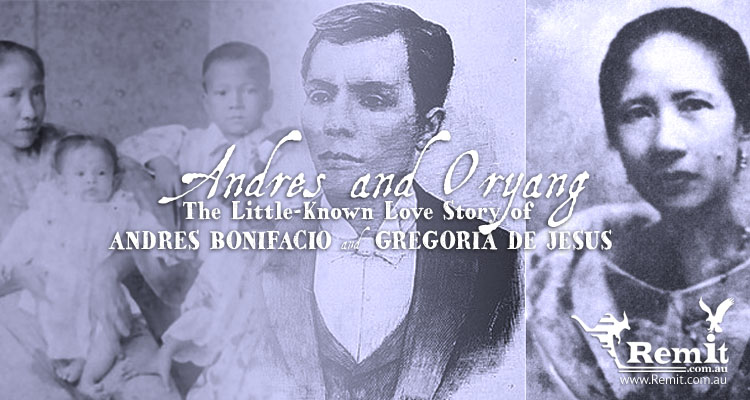 Bonifacio always came across as a tragic figure. His humble origins, alleged failure to lead his troops to battle, and untimely, violent death that prevented him from seeing the end of the revolution he helped start are fixtures on every syllabus on Philippine history, inaccurate as some of those generalizations may be.

Today, though, we won’t be talking about Bonifacio’s prowess in battle or debating his socio-economic status. Instead, we’ll be talking about something that students enjoy hearing about, but teachers don’t exactly discuss in class: his love life.

Who Was Gregoria de Jesus? 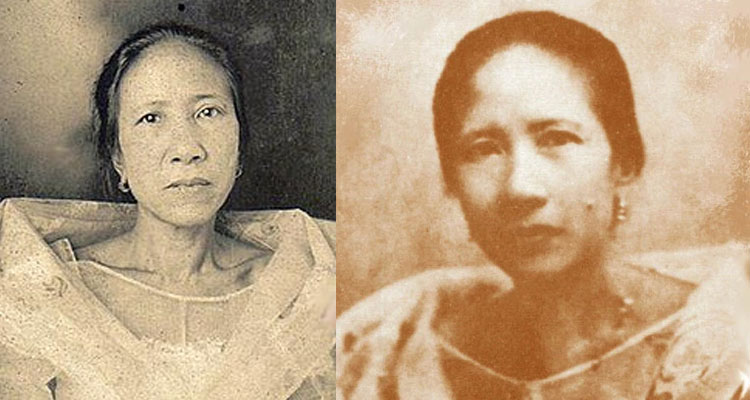 The woman who would become known as the Katipunan’s Lakambini (Muse) was born Gregoria Alvarez de Jesus on 9 May 1875 to a pious, middle-class family in Kalookan. She was said to be quite an exceptional student as a young girl, even going so far as to nab a silver medal in an examination presided over by the local parish priest and the Governor-General.

Oryang, as she was sometimes called, would probably have gone on to higher academic achievements had her parents not compelled her to abandon her education. Thus, when she reached secondary school, she eventually had to stay home and look after her younger sister and the family farm after her two elder brothers moved to Manila for further studies.

Despite her education being cut short, however, Gregoria de Jesus would be one of the very few women to leave behind a short autobiography before World War II. It was entitled “Mga Tala Ng Aking Buhay” (“The Story of My Life”). 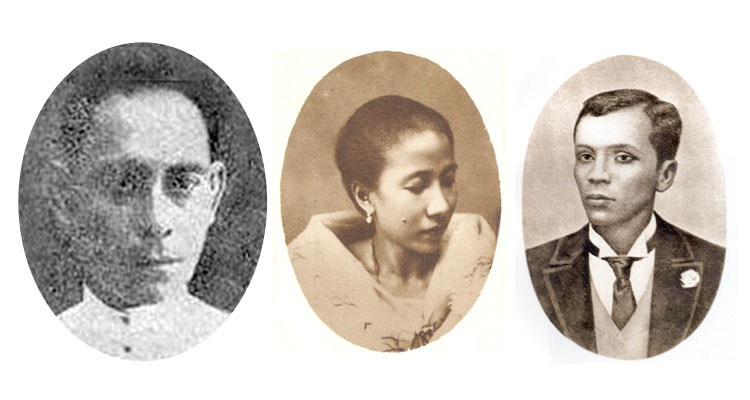 Bonifacio first laid eyes on de Jesus sometime in 1892, thanks to the latter’s cousin, Teodoro Plata (who also happened to be Bonifacio’s friend). Sparks apparently flew between the pair, although Oryang may have been slow to notice, if we are to go by the following passage from her autobiography:

“When I was about eighteen years old, young men began to call at our house and among them was Andres Bonifacio, who came in company with Ladislao Diwa and my cousin Teodoro Plata, then clerk of court, but none of them talked to me of love, since parents in those days were extremely careful and girls did not want people to know that they already had admirers.

The truth, however, was that Andres Bonifacio had already informed my parents of his intentions and for nearly a year had been trying to win their approval, although I knew nothing about it. Three months more elapsed before I learned that my father was against Bonifacio’s suit…”

Mr. and Mrs. de Jesus apparently objected to Bonifacio’s marriage proposal on the grounds of his age and his being a freemason. Andres was 29 to Oryang’s 18, and the friars at the time frequently cast the freemasons as enemies of the Catholic church.

There was also the fact that Oryang’s suitor had been married before (though there are no records of any children born out of the union), to a certain Monica of Palomar who died of leprosy. Another concern was that Bonifacio would be unable to provide the kind of life that his intended was used to, having grown up as the daughter of a landowner who once served as a gobernadorcillo. (It should be noted, however, that freemasons never accepted poor, illiterate men into their ranks, further debunking the myth of Bonifacio’s poverty and lack of education.)

Apparently, Oryang’s parents were so against the idea of their child marrying the Supremo that they imprisoned her in a house in Binondo to prevent them from seeing each other. What’s astonishing is that documents in the National Archives reveal that she managed to scribble a hasty note to the gobernadorcillo of Binondo dated 6 October 1893. Its contents roughly translate into:

“I am Gregoria de Jesus from Caloocan, a dalagang Tagalog, a minor. I wish to contract marriage with my nobio (boyfriend) Andres Bonifacio of 11E Sagunto Street, Tondo. When my parents found out of my good intentions, I was brought here to Binondo and placed in 28D Madrid Street.

I am truly a prisoner here. I have no liberty at all. I appeal to your power to mediate and give me justice. Take me from here, summon my nobio, fulfill the necessary government requirements so that we can get married. I ask justice from you and hope that you listen because this appeal is addressed to anyone with a kind heart.”

Marriage, Children, and the Katipunan 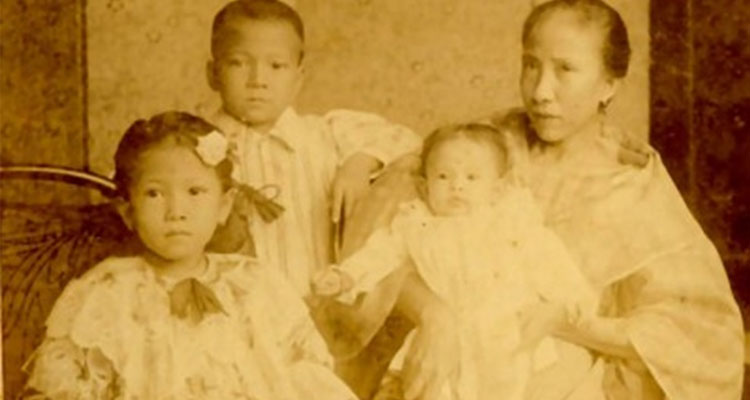 In the end, Oryang’s parents gave in. Andres Bonifacio and Gregoria de Jesus were then married in the Catholic Church of Binondo on March 1893 in deference to the bride’s parents. This followed by another ceremony according to Katipunan rites in a house on Oroquieta Street, primarily because the Katipuneros saw the church as an oppressive colonial force and thus did not approve of the Catholic wedding.

Andres and Oryang were very much partners in every sense. On the evening of their Katipunan wedding, the women’s chapter was formed, with de Jesus sworn in as its vice-president. She also served as the society’s custodian, and was known for gathering all secret documents and driving all night in a kalesa until it was safe to come home whenever the Guardia Civil inspected homes unannounced.

Sadly, their marriage was also marred by tragedy. Their only child, a son christened Andres in honor of his father, died of smallpox in infancy.

On 28 April 1897, the couple and Bonifacio’s brother Procopio were forcibly captured by Aguinaldo’s men, with Andres being shot in the arm and stabbed in the neck and Oryang possibly being raped by one of the ringleaders.

And thus, the marriage that Andres and Oryang fought so fiercely for would come to an end some days later, with Andres and Procopio being charged with sedition, among other things, and executed by men from the very society they had founded.

Compared to Jose Rizal’s well-documented legion of romantic entanglements, Andres Bonifacio’s are comparatively low-key. Yet from what we’ve learned today, the Father of the Philippine Revolution and his better half were no less passionate, constantly fighting bravely on the battlefields of love and war, even when the odds were stacked overwhelmingly against them.

Talk about one heck of a history lesson to ponder on Bonifacio Day.