An Overview of Duterte’s 4th State of the Nation Address

If you haven’t watched his full speech, here are some of the highlights of President Duterte’s 4th SONA. Establish a Department of Overseas Filipinos 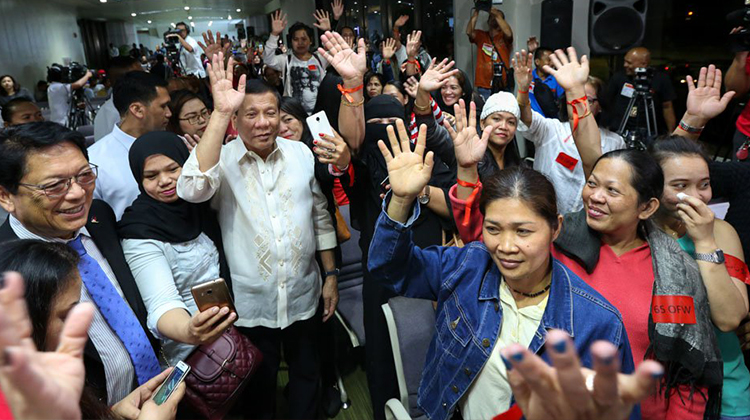 Mandatory ROTC for Grades 11 and 12 Lastly, President Rodrigo Duterte has revealed that he has identified who the real enemies are…


“Honestly, I have identified the enemy who dumped us into this quagmire we are in. I have met the enemy face-to-face and sadly, the enemy is “us.” We are our own tormentors — addressing the Filipino people — we are our own demons; we are as rapacious predators preying on the helpless, the weak and the voiceless.”