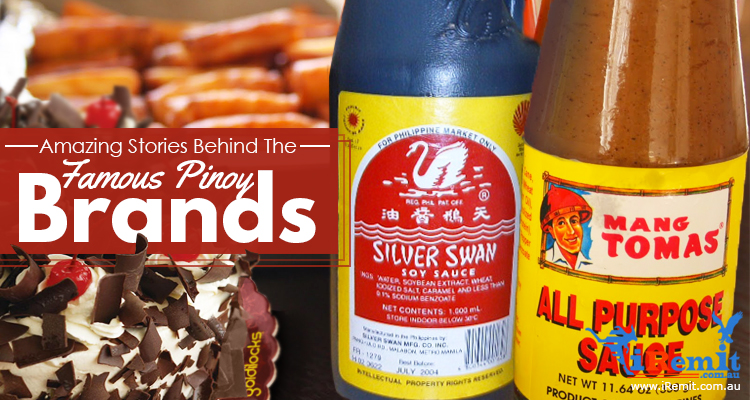 By Anna Agoncillo in Business and Career
October 13, 2016

Whether it is by undeniable luck or clever marketing strategies, some Filipino brands have conquered the test of time. The said brands on this list are staple to almost many households including that of the OFWs.

You know these brands by name but, do you know where they came from?

Every Filipino or Filipinos at heart have their own go-to condiment to spice up the dishes. Mine is the distinct taste of soy sauce spritzed with calamansi. Fried fish fillet, steamed veggies, and siomai will not be complete without the soy sauce dip.

One of the leading brands of soy sauce in the Philippines is Silver Swan. Its name was derived from the phonetic wordplay of the founder’s name. You see, it was initially manufactured and produced in Chinatown by the late Sy Bun Suan. The small family-owned soy sauce business was operated by Suan and his wife. The business grew as the Silver Swan Brand that we know today in the 1940s. Time passed and Suan was encouraged by his family to put up the Silver Swan Mfg. Co. and it expanded its facilities in Malabon and Cebu.

NutriAsia bought the rights to the brand in 2014. The condiment giant included Silver Swan in its extensive line of sauces, seasonings, and kitchen aids.

Coolest Place To Be

When I was a child, my father had a pet shop situated in the city center. The operations of his humble shop expanded in our homes as he took care of puppies in our front yard. As for his fishes, he bought it at a place called Cartimar. Interestingly, Cartimar used to be a place which wealthy people habituated.

Cartimar Market emerged as the widely acclaimed shopping center in Pasay City. It was recognized as the city’s most modern shopping center at that time. Its name originated from a mash-up between the names of the founder’s wife and her parents. In the 60’s, it was frequented by rich people from Makati. It was a hip place to find a variety of produce, footwear, novelty items, and the latest in fashion. Cartimar retained its charm until the 80s. Nowadays, it is known as a place for affordable bikes and pets.

The history of National Book Store (NBS) is both inspiring and unbelievable. In fact, it has been featured in a number of local publications before. It all started with Socorro Ramos or more commonly known to her staff as Nanay Coring.

Equipped with merely a high school certificate, Nanay Coring worked as a salesgirl for a book shop owned by her brother and his wife. Her time in there was spent wisely as she learned the workings of the business. With a determined heart, she built her own business along with her husband Jose Ramos. The tides of time were not always on their side they had to rebuilt the NBS three times from scratch. If you do not consider this as true entrepreneurial spirit, I do not know what is! 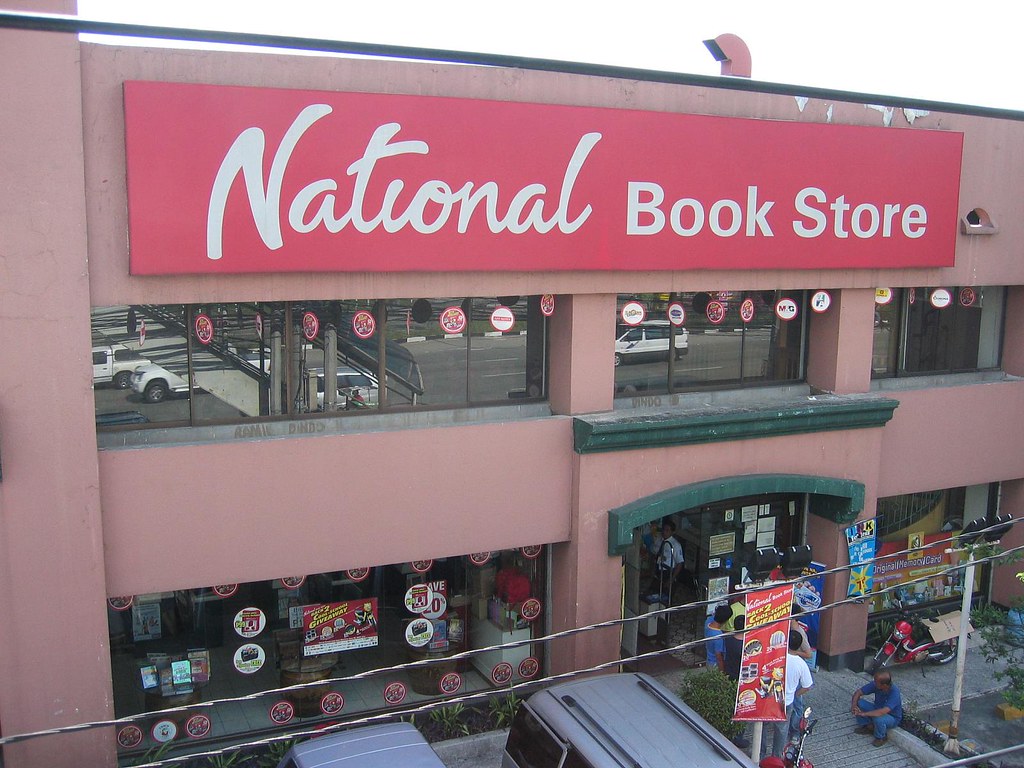 The pioneering NBS stall was situated in Escolta. It sold a collection of supplies, textbooks, and GI novels. Everything changed when the war invaded the land and the strict book censorship was enforced. They had to sell candies, slippers, and soaps instead. The liberation brought one thing to Escolta – a rapid fire. NBS had to reopen again after the war. The unfortunate events did not stop there as typhoon destroyed their store in 1948. Their resilient hearts was not wavered. They pursued their dreams and rebuilt NBS once more.

Once Upon A Time

This is a tale of two sisters and their sister-in-law. Milagros, Clarita, and Dories opened a humble bakeshop along Makati Pasong Tamo Street in 1966. A family member suggested the name “Goldilocks” after the children’s fairytale character. The name was catchy and can easily be remembered by the customers. Furthermore, it symbolized prosperity and luck. 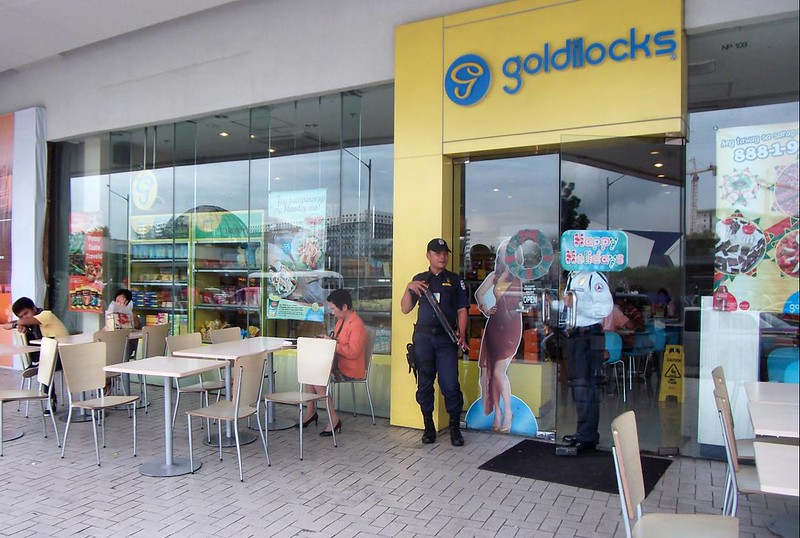 The dynamic duo Milagros and Clarita were taught by their father to cook and bake. They used to wake up early in the morning prepare his food. The bakeshop was a deeply rooted passion that ran through their veins. Their love for food blossomed as Goldilocks began offering franchising programs by 1991. In the 2000s, the brand embraced a refreshing look and retained its goodness. It was most notable in the recent years as it unveiled a 3D-mapped, 5-tiered cake dazzled with Swarovski crystals and butterfly detailings. This 12-foot long cake was made for the wedding of celebrity royalties Dingdong Dantes and Marian Rivera.

Pinoy birthday celebrations will not be complete without a Goldilocks cake. It has been so synonymous with birthdays that we can say the phrase: “Goldilocks ang gift ko sa’yo!”

The well-known counterpart of Goldilocks in the Philippine festivities is the flavorful sauce called Mang Tomas. It was named after Mang Tomas Delos Reyes who pioneered the lechon roasting in La Loma, Quezon City.

Mang Tomas began his venture by selling pork meat around the neighborhood of La Loma. He started his roasting business in the early 50s and eventually popularized the specialized industry. Some of his loyal customers were cockpit aficionados from the nearby La Loma Cockpit Arena. His delicious lechons sold very well. He garnished these lechons with the liver sauce called “Sarsa ni Mang Tomas”. The distinct taste of the sauce attracted the owners of Aristocrat Restaurant and they bought the rights to it soon after.

In 1991, the potent NutriAsia owned the brand and repackaged it as the “All Around Sarsa”.

Philippine brands come and go but, these brands are here to stay!