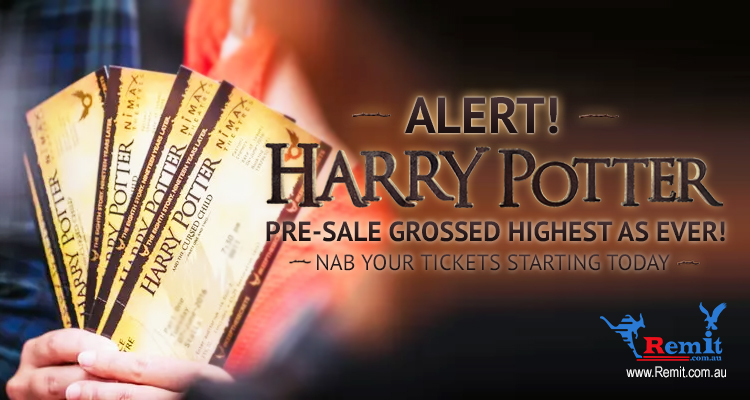 For all the Potterheads in Australia, it’s time to flip your wands and snatch those tickets for the upcoming theatre piece in 2019: “Harry Potter and the Cursed Child”.

Australia is the third country to show the production of this play which has been running at London’s Palace Theatre since 2016. It also showed in New York’s Lyric Theatre, Broadway last April 22.

The story is set 19 years after the Battle of Hogwarts. It revolves around Harry Potter and his youngest son, Albus Severus Potter who is about to attend Hogwarts. It runs at around two 2.5-hour parts with a 2-hour break in between.

If it’s anything like how the book narrates it, it will give you a fast-paced, magically-filled, shocking, and somewhat nostalgic feel. I won’t divulge anything as the plot-twists will definitely leave you at awe. #KeepTheSecrets

And have I mentioned, it’s graced with so many accolades. The production was awarded 9 awards by Britain’s Olivier Awards (including Best New Play and Best Director) and 6 Tony awards! It currently has the record for most awards in the Olivier’s and most awarded show this Broadway season.

With humongous success, the pre-sales period for the upcoming play sold over 200,000 seats over 200 performances for next year. The digital queues peaked at almost 30,000 people at a time. Talk about demand.

How to Get Tickets

Speaking of Tickets, the performance will start on January 16, 2019, and will be officially opening on February 23, 2019, at Melbourne’s Princess Theatre. You can nab your tickets starting today in the official HarryPotterThePlay.com website.

Tickets prices start at $65 and can reach $175 for premium seating. Note that you can only purchase six tickets at a time for Part One and Part Two. If you need more, you have to queue again. Strategize accordingly.

So what are you waiting for? Are you ready to immerse yourself in the Wizarding world once again? Well, I sure do! *Hums Harry Potter Theme while on queue*