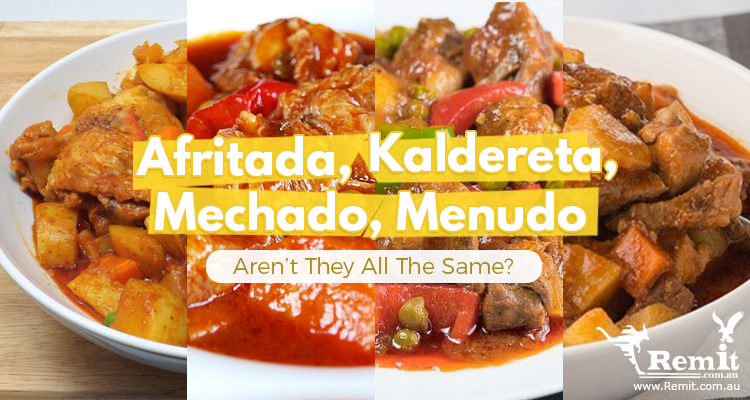 Afritada, Kaldereta, Mechado, Menudo….Aren’t They All The Same?

Not too long ago, there was a topic trending on social media, something about a confession that would revoke your Filipino card. The answers, as you can imagine, were pretty varied and rather amusing, actually.

Quite a few admitted to disliking Adobo, Lumpia, or other such Filipino delicacies. Some mentioned difficulties in counting beyond twenty in the vernacular. (Dude, join the club.)

Now, however, it seems that we’re all collectively guilty of lacking a basic piece of information. Just last week, there was a fierce debate over what appears to be a national issue. And no, I don’t mean the ongoing dispute about our territorial boundaries. (Though it helps to read up on that too.)

I’m talking about the differences between Afritada,Kaldereta, Mechado, and Menudo. 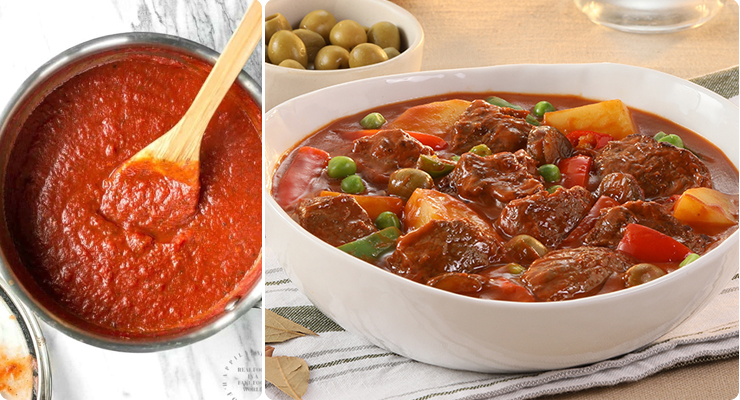 When I mentioned this topic to our head, even he admitted to seeing them all as Menudo. I mean, aren’t they all the same tomato-based stew?

Well, no, but you wouldn’t be the first to think that.

For starters, all four of them are classified as Spanish stews – or cocidos, to be more precise. These stews typically contain your standard vegetables and meat, such as beef, chicken, pork, or even goat.

Then there’s the same blessed stock flavoring all Filipino variations of the cocidos – tomato sauce.

So, when you see a bunch of meat and vegetables stewing in a vivid red broth, you’ll probably be hard-pressed to identify it correctly. (Or you’d be too hungry to care.)

Here’s the thing, your choice of meat and vegetables actually makes a difference in making one of these stews. How? Let’s unpack each dish and find out: 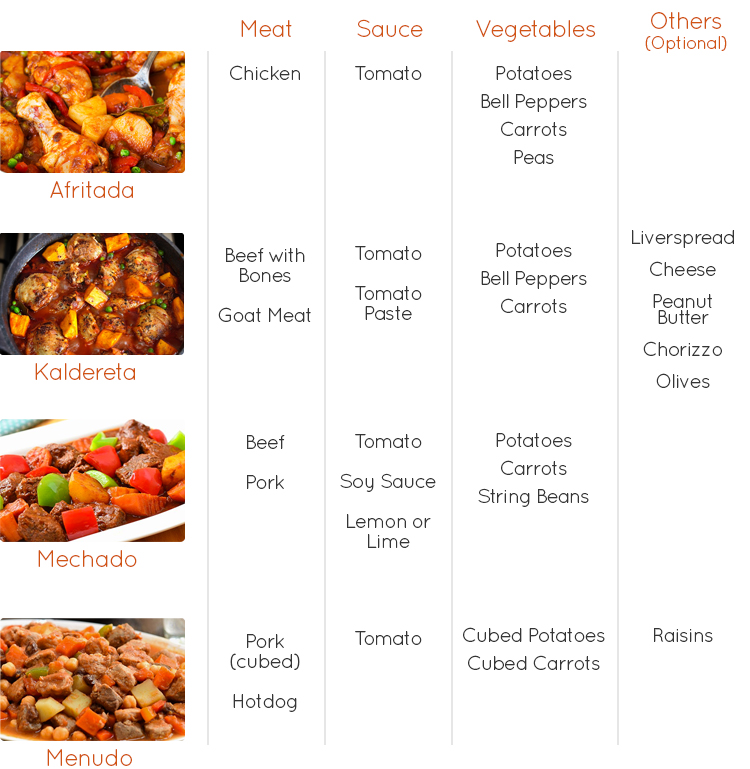 Fancy a bit of sweetness? Feel free to throw in some raisins.