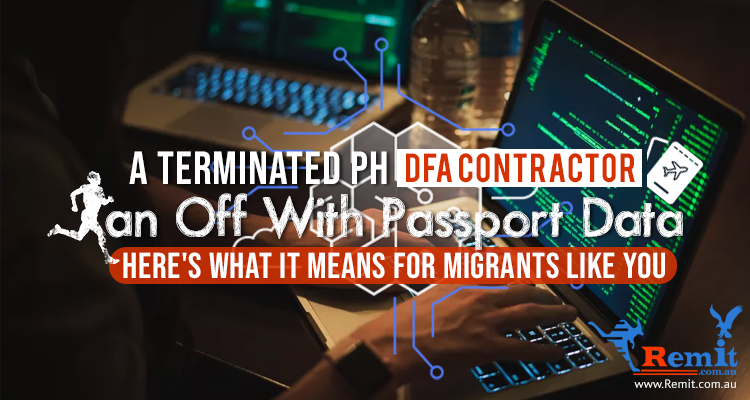 A Terminated PH DFA Contractor Ran Off With Passport Data. Here’s What It Means For Migrants Like You.

We all know how important passports are, and we go to considerable lengths to safeguard ours. I wish we could say the same for the people in charge of them.

Last Saturday, the Department of Foreign Affairs (DFA) announced that a private contractor ran off with public passport data after the agency cut ties with it.


Because previous contractor got pissed when terminated it made off with data. We did nothing about it or couldn’t because we were in the wrong. It won’t happen again. Passports pose national security issues and cannot be kept back by private entities. Data belongs to the state. https://t.co/8vsN96jqij

Yep, let that sink in for a bit. 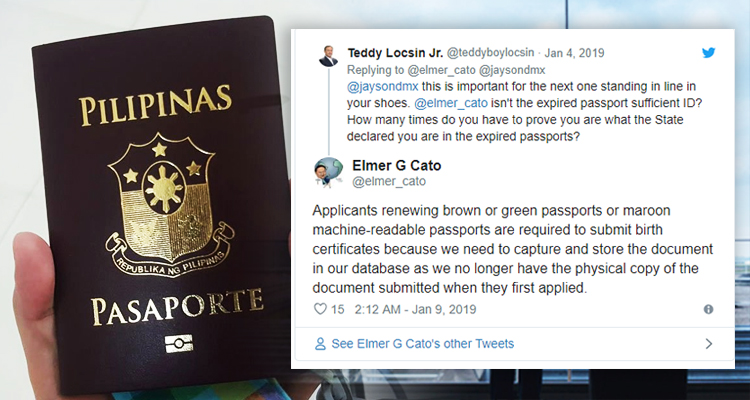 It all started when an overseas Filipino worker (OFW) talked about encountering a problem renewing his passport on Twitter last week. This led Foreign Affairs Secretary Teodoro Locsin, Jr. to question DFA Assistant Secretary Elmer Cato about why applicants were being asked to submit their birth certificates in order to renew their passports on the social media platform, saying, “Isn’t the expired passport sufficient ID? How many times do you have to prove you are what the State declared you are in the expired passports?”

Cato thus replied via another tweet: “Applicants renewing brown or green passports or maroon machine-readable passports are required to submit birth certificates because we need to capture and store the document in our database as we no longer have the physical copy of the document submitted when they first applied.”

Thus, the department later revealed that a disgruntled contractor who was allegedly unduly terminated took the public’s passport data with them when they left. The DFA Chief has yet to name the contractor in question, and only described it as a “most respectable” French firm.

As of this writing, the National Privacy Commission (NPC) has declared that it will be summoning the DFA and other concerned agencies to probe into the facts surrounding the case.

How the Loss of Passport Data Could Affect Migrants 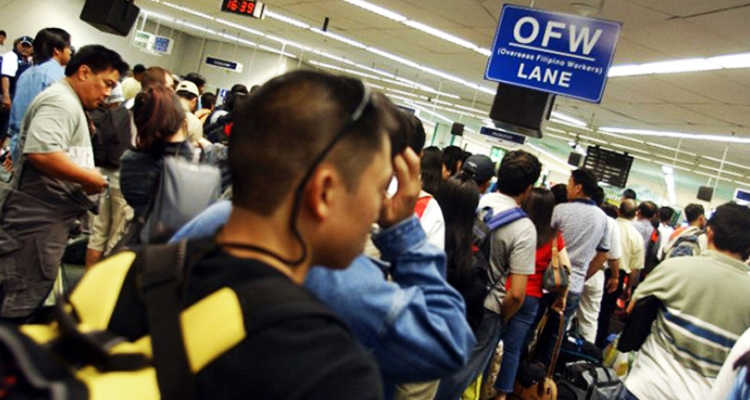 Unless the DFA can somehow get the data back, they’ll have to resort to building their database from scratch. It’s not yet clear if this latest mishap has any effect on the records of Philippine embassies and consuls abroad, but it’s almost certain that migrants who are seeking to renew their passports here will be asked to provide additional documents, such as birth and/or marriage certificates.

One silver lining in all of this is that those with e-passports are exempt. Data from those dark maroon passports issued from 2011 and onwards were captured at the time of application, so there’s no need to present additional documents.

Distressing as all this sounds, the potential security issues arising from public passport data being in the hands of a private, possibly offshore contractor is more alarming.

However, when pressed by a netizen as to the protection of their data, the secretary gave a vague and decidedly less reassuring reply: “How can we be sure? I don’t know. Why you guys who understand data acquisition and protection should keep up the attacks.”

With over 3 million Philippine passports issued last year and an estimated 2.3 million Filipino migrants working abroad, one can only hope that the agency can resolve the situation in a more satisfactory manner. And soon.