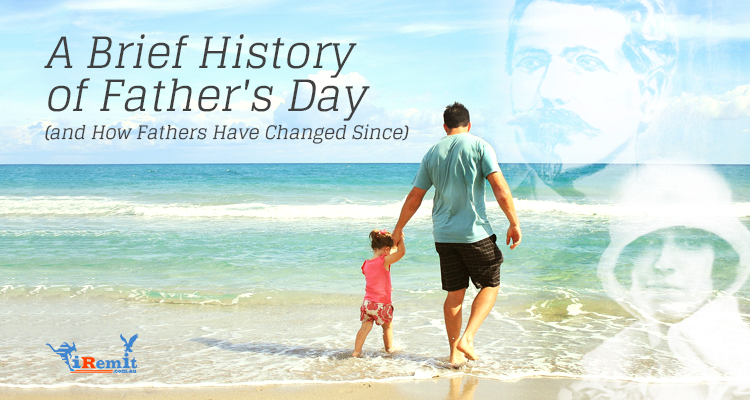 The third Sunday of June every year has long belonged to fathers, if they can remember what it signifies. Father’s Day generally means Sunday lunches with the family along with presents of neckties, handkerchiefs, or even the odd pair of pants. (I know one father who actually devotes an entire drawer to storing the neckties that he gets on this holiday. And no, he’s never actually gotten round to wearing any of them but he loves them all the same.)

How Did Father’s Day Come About?

Arguably, Father’s Day is not as popular or as sentimental as Mother’s Day but we strive to celebrate our dear old dads just the same.

Fun fact: It was actually a woman who gave rise to Father’s Day. Her name was Sonora Louise Smart-Dodd and the idea for a holiday devoted to fathers came to her during a Mother’s Day sermon back in 1909. Sonora’s mother had died at a young age. Her husband, Civil War veteran William Jackson Smart, then lovingly took on the role of both parents to all six of their children, so Sonora lobbied for a holiday that would celebrate her father and and the hundreds of others like him in the country.

Fittingly, the first ever Father’s Day in the US was celebrated in Sonora’s hometown of Spokane, Washington on June 19, 1910. Why June? It happened to be the birthday month of Sonora’s father. How’s that for a Father’s Day gift?

The holiday then spread to other parts of the country, and six years later, then-President Woodrow Wilson got the ball rolling to declare Father’s Day a national holiday. But because many men, fathers included, disliked the holiday (they saw it as a gimmick to sell Father’s Day presents that they ended up paying for), it took more than fifty years for the third Sunday of June to be officially declared as Father’s Day under President Nixon’s term.

So, that’s the official story. Other less popular theories, however, claim that Father’s Day has been celebrated intermittently long before the US was even formed as a nation. This theory is drawn from a card made out of clay supposedly inscribed with a Father’s Day greeting. It was found among Babylonian ruins that date back four thousand years ago.

Some staunchly Catholic countries even celebrate Father’s Day on a fixed date rather than on a designated Sunday. To honor St. Joseph, the foster father of Jesus Christ, these nations also celebrate the holiday on the former’s feast day: June 19.

The Changing Face of Fatherhood

Of course, Father’s Day isn’t the only thing that has evolved over the years; the celebrants themselves also have. Let’s take a look at how this time-honored role has changed over the centuries.

The traditional image of a Prehistoric Era Father isn’t too far off from how Filipinos view their most recently-elected President. Decisive, aggressive, and protective are all traits that come to mind when we imagine a father who was in charge of hunting animals and killing off natural predators to keep his family well-fed and safe. The prehistoric man is also often thought of as someone who was away from home much of the time, so it’s commonly assumed that childcare was left in the hands of the tribe’s womenfolk.

However, it was recently discovered that stone age men were very much present in the lives of their children. Because their communities were largely primitive (think open fires on the ground, deadly insects crawling all over, etc.), babies and little children needed to be carried around a lot and dads often did the “heavy” lifting.

With the pervasive influence of Christianity, especially in Northern Europe, the Church instructed the fathers of the Middle Ages to be the detached leaders of their families. For the aristocracy, this was largely the case since fathers generally sent their children away to other noble families or abroad to be educated. By the time the child came back, their father often arranged for him or her to be married off to the scion of another prominent family. Contact between the parent and the child in the intervening years was often brief and impersonal.

Things were quite different for the peasants and the working classes. In the days before electricity, rural life was highly dependent on the amount of sunlight available. During the winter, daylight was scarce, so many fathers who worked the fields were often home and because houses then usually had just one large room, they were around their children a lot. In the summer, on the other hand, parents took their children to work the fields with them to learn the family trade.

Father-child relationships took a turn for the worse during the Industrial Age. As the primary breadwinner for most families, fathers working in the newly-erected factories spent much of their day away from home (it would take decades before proper working hours were ordained by the law), leaving their children mostly in the care of their mothers. Because of the void this created, many mothers took on duties that were traditionally their husbands’, such as educating and disciplining the children.

World Wars I and II further widened the gap between fathers and their children. Forced to enlist to defend their countries’ borders, many young fathers had to leave their families at a moment’s notice. They either perished fighting on the front lines or came home too scarred by their experiences to properly relate to their children.

Being a Father in the 21st Century

Because of the World Wars, women were compelled to fill in for their male counterparts, so they went to work in factories and farms, and some even served in the armies and some local government posts. And they did all these things so well that they resisted reverting to their pre war roles when their men returned home. As a result, many women have since been distinguishing themselves in traditionally male-dominated fields like business, national defense, and politics.

Gender roles are now up in the air, and with them is the traditional definition of fatherhood. The modern-day dad is no longer necessarily the family breadwinner as increasingly more women earn more than their husbands. The home is no longer the sole dominion of women since men are increasingly spending their leisure time at home enjoying modern conveniences like Internet, cable television, and gaming consoles, often alongside their children. Many fathers today also aren’t married, heterosexual, or even male.

21st century fathers are considerably more hands-on with their children, and they happily take on tasks that are traditionally assigned to mothers. They can be quite adept at changing diapers, mixing up the perfectly-lukewarm bottle of milk formula, rocking and soothing a fussy infant,and even fixing their daughter’s hair(!), all while working on important jobs from their laptops at home. Whoever said that only women are capable of multi-tasking clearly hasn’t met the new face of fatherhood.

Best of all, there isn’t as much stigma attached to being a stay-at-home dad or a houseband, if you will, as there was in past generations. These days, a father is not so much defined by his pay grade (and thus by his ability to provide)or even his gender than he is by his capacity to love, care, and sacrifice for his children, and in the end, isn’t that what being a father, nay, being a parent is truly all about?