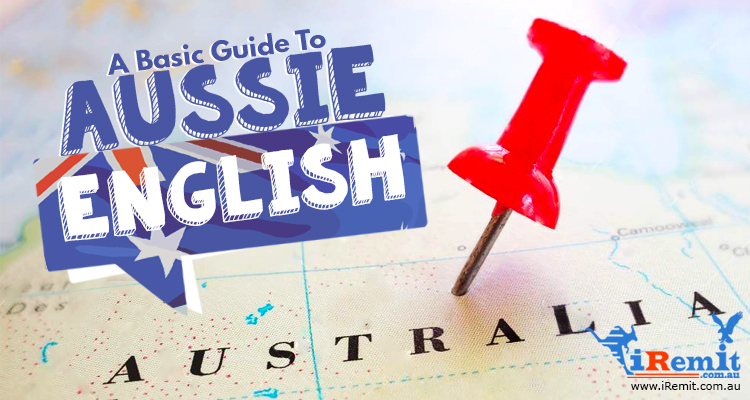 By Serena Estrella in Life in Australia
April 4, 2017

A Basic Guide to Aussie English

We Filipinos pride ourselves on our grasp of the English language. Besides subjects like Wika (Language) or Panitikan (Literature), our educational curriculum is largely taught in English (to be fair, the Tagalog phrase “isang kuwadradong metro” doesn’t have the same ring as “one square meter”). Heck, our English-speaking skills even contribute to our economy by way of the call centers or business process outsourcing centers.

Still, many Pinoys do get confused by Aussie English. Apart from the pseudo-British accent rippling through a typical Australian’s speech, people Down Under also seem to have their own vocabulary, making it seem like they’re speaking an altogether different language.

Have an Australian boyfriend? Planning on migrating to Oz soon? Or do you simply want to expand your understanding of the wonderfully (and sometimes frustratingly) dynamic English language? Whichever it is, you’ll certainly benefit from skimming the following list of rules that seem to apply to Aussie English:

1. Abbreviate EVERYTHING, including names.

Even names aren’t spared this treatment. Aussies like to not only shorten names, but they also like to add “zza” to them. So, if your name is Gary or Sharon, your Aussie friends will probably christen you anew as “Gazza” or “Shazza.” And if your name can’t be, well, “zazzed up,” they’ll probably add an “o” instead, as in “Davo” (David) or “Jono” (Jon).

Some Aussies even abbreviate whole sentences. “Avanavo” can apparently mean “Have an avocado.” Nope, I don’t know how that happened either.

2. Drop your “r’s” (or pretty much every letter that comes at the end of the word).

The letter “r” isn’t the only consonant to get dropped either. Most Aussies say “Wha?” instead of “What?,” and verbs like “going” or “trying” frequently get shortened to “goin” or “tryin.”

It’s sort of like rapping in a song, only with an Aussie accent.

3. Opt for the British-style of spelling.

Australian spelling is much closer to British than American, so expect quite a few extra letters figuring into words, such as:

As you may have noticed, the Aussie way of spelling also switches letters like “er” to “re,” especially when it’s at the end of a word like “theatre,” and the softer “s” sound is favored over the more pronounced “z,” as in “organise” or “realise.”

One telltale sign of an Aussie accent is when words like pool or school are pronounced as “pewl” or “skewl.” Kewl, isn’t it?

5. Use metric units of measurement.

Another big departure from the American form of English is the Australian use of metric units. Thus, measurements are depicted in meters: millimetres (note the British spelling), centimetres, metres, and kilometres instead of inches, miles, or yards.

Come to think of it, converting centimetres into metres and vice versa is a no-brainer (i.e., divide/multiply by 100 as needed) compared to doing the same for inches and miles (1 inch is 1,57828e-5 of a mile, but who can remember that?), so maybe the Aussies (and the rest of the world that have departed from the imperial units of measurement) are on to something. Hmmm…

No guide to any language is complete without a list of slang terms and expressions. Australian English is rich in such, as you’ll see:

As in “G’day, mate (mohyt),” this word is a synonym for friend, perhaps even the Aussie equivalent of the Pinoy term “pare.” However, anyone can be a “mate,” even a stranger you accidentally made eye contact with as you were crossing the street. In such an event, just nod your head, smile, and say “mate” by way of greeting.

This interjection is basically the Aussie way of saying “Wow!” It’s been used by older generations to express surprise or bewilderment (a common occurrence if you share your country with some of the freakiest creatures on the planet, I’d imagine), but it was the Crocodile Hunter Steve Irwin who made it cool again.

A fairly new addition to Aussie slang, “heaps good” is used by those who are below the age of 20 to describe something that is “very good.” Well, “heaps” means “loads” or “a lot,” so this isn’t too hard to figure out, unlike…

This phrase is trickier to explain, but lots of Aussies use it frequently. “Dinkum” actually stems from the Chinese settlers who were searching for gold in Australia in the 1800’s. It comes from a Chinese term that means “true gold” or “good gold,” so “fair dinkum” is used to punctuate a fact or a truth like so: “It’s true, mate. Fair dinkum.”

No, this doesn’t indicate a terminal disease or a nasty bout of flu. Rather, it’s the exact opposite. “Fully,” as you know, means “completely” or entirely,” while “sick” in this context means “cool” or “awesome.”

As with learning a new language, getting the hang of Australian English can seem confusing at first. However, it’ll certainly pay off when you have no trouble blending in with your new Aussie mates at that barbie that they’ll defo invite you to after you wow them with your efforts to understand their culture better.